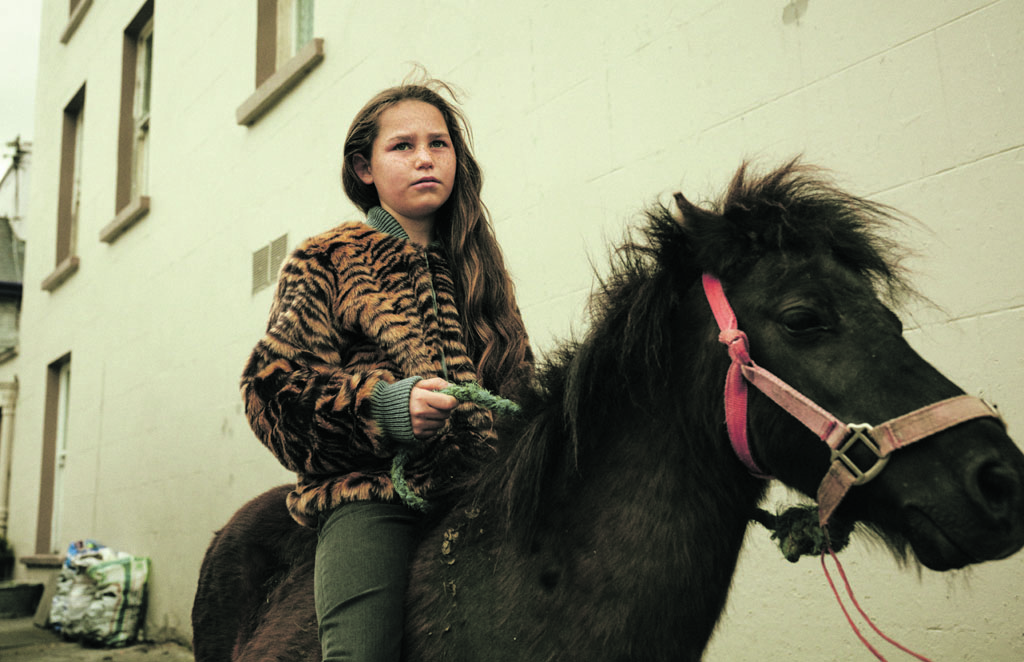 One of Ronan Gallagheer's photograph's from the Stella McCartney campaign

The first camera that fashion photographer Ronan Gallagher ever owned was a Kodak disposable one. From these humble beginnings, he is now engaged by fashion labels such as Gucci, Nike, Burberry and Hugo Boss.

He was also responsible for bringing a photoshoot for one of these massive fashion houses, Stella McCartney, to Ennistymon.

Ronan’s passion for photography was ignited at the age of 17, when the Barefield native became inspired by images his brother Gavin took.

Gavin, who now owns his own company, Dreamcatcher Productions, in Lahinch, would return from surf trips abroad and show Ronan pictures he had taken.

“I just found the concept of capturing stuff in that way really interesting and so I went out and bought a load of Kodak disposable cameras and took pictures of my friends skateboarding out the back of Glór in Ennis. From there, my interest just grew and grew,” said Ronan.

Eventually, he decided to move to London to try his hand at fashion photography.
“I assisted some great photographers and learned the trade from them. Since going out on my own, I have been working with brands such as Gucci, Coach, Hermès, Nike, Burberry, Bulgari, Hugo Boss etc…It has been an incredible journey that has taken me around the world and I love every bit of it,” Ronan continued.

The demanding but exciting job would not be possible but for the great support and encouragement he has received from his wife, Fiona.

“She has been a great motivator, both in life and in my career. Whenever I’ve felt like I’m not getting anywhere, she’s pushed me onwards,” he said.

He met Fiona in North Clare, having spent much of his youth in Lahinch. The couple have bought a house in Kilfenora and it was his love of this part of County Clare that saw him choose it as a fashion shoot location.

“Stella McCartney’s team approached me about shooting their new kids collection for a online campaign. We brain-stormed some ideas about horse fairs and thought it would be amazing to try cast some kids from the local Travelling community that regularly attend it. This is something I always wanted to document, so it was a great opportunity to get it onto a good platform,” he said.

The team pitched Ronan as the photographer to Stella McCarthy.

“Once she signed off on the brief, it was up to me where and who I wanted to shoot. It was so nice to have such freedom with a commercial shoot. We were set on the idea of a horse fair from the start but it was by chance that Ennistymon was coming up on the calendar, so it was perfect timing. I flew back from London and began to cast the kids for the shoot. My brother also got involved and shot the video, which you can view on her website.”

Ronan explained that the children, who were all from the same family, were very excited about the shoot but he was anxious to document them as if it were a normal day at the fair.

“It was incredible hanging out with them for the day. One of the older kids showed a lot of interest in photography, so I got him to help me change lenses and take some snaps. He said he would love to take it up, which was quite rewarding to hear. There are such great opportunities for young people now and I would encourage anyone to pursue what they love. The parents were so helpful from the start,” he said.

Since the campaign was launched, Ronan said it has been very successful and it has received great feedback internationally.

“I guess there hasn’t been a kids’ campaign shot specifically like this before, so it was something interesting, something quite real. So far, the campaign has just been featured on Stella’s website but has been re-posted through other great online platforms,” he explained.

Ronan continues to work in high fashion photography and last week returned from Cuba where he was shooting for Hermès.

“I am getting ready to go to LA next week to work on a Coach shoot. Then I’m hoping to be able to take a bit of time off until Christmas. I have a 13-week-old baby girl called Pearl, so I’m on nappies and winding duties when I’m at home,” he concluded.

Shauna dusting herself off after vicious comments