June 20, 2014 Comments Off on Cyclist airlifted to hospital

A cyclist was airlifted to hospital on Thursday evening with extensive injuries following an accident a few miles from her home. The woman, in her early 40s and from Sixmilebridge, had been cycling with friends along a country road at Granaghan More, near Fenloe Lake, when the accident occurred. It’s understood that she was in collision with a passing lorry and sustained extensive injuries to one of her hands. Two units of the fire brigade from Shannon along with an ambulance and rapid response advanced paramedic unit from Ennis responded to the incident. The Emergency Aeromedical Service was alerted and the HSE’s air ambulance, operated by the Air Corps, was requested to attend the scene. Fire crews selected a clear landing site for the helicopter before she was airlifted to University Hospital Galway for emergency surgery. The other cyclists were uninjured but were said to have been left badly shaken by the incident. Gardaí from Newmarket on Fergus are investigating. 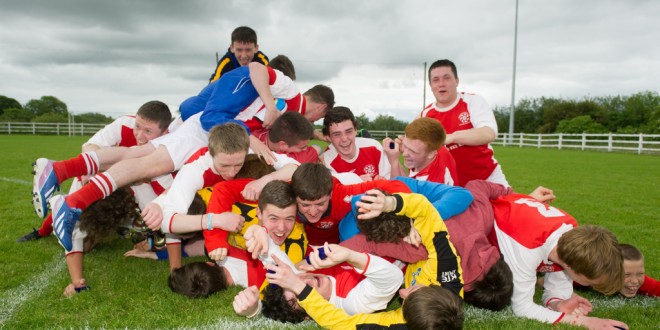 Another cup for Newmarket Celtic

June 2, 2014 Comments Off on Another cup for Newmarket Celtic

Newmarket Celtic 1 Moher Celtic 0 [doptg id=”24″] A superb left foot volley from Killian Howard decided the under 19 cup final at the county grounds in Doora on Monday and completed a great weekend for Newmarket Celtic. Less than forty eight hours earlier Celtic captured the junior cup title for the third year in a row, the first time that the club achieved that feat. Monday’s final was a repeat of the Michael O’Gorman youths cup final of two weeks ago when Moher emerged victorious and many of the same players were in action in this decider. The all important goal came in the twentieth minute when Howards powerful left foot volley found the top corner of Keith Sexton’s net. It was a goal worthy of any final. Five minutes earlier Moher were reduced to ten players when Sean Noonan saw red for a tackle on Cathal Hayes. On the run of play, the Brian Arthur manager Newmarket deserved … 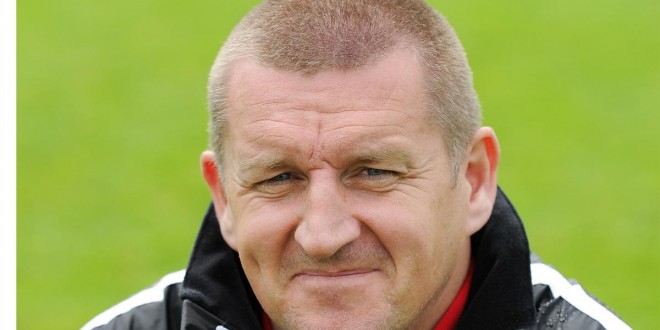 May 30, 2014 Comments Off on Expectations always high in Newmarket

Keith McInerney, is in his first season as manager of Newmarket Celtic A and when he leads his team to the county grounds on Sunday, it will be his first time being involved on cup final day. Having served as manager with Connolly Celtic for the past few years he moved to Newmarket Celtic this season. “I was involved under manager Liam Murphy with the Oscar Traynor team last year and this led to me getting the Newmarket manager’s role this season”, explained McInerney who part of the Rock Rovers set up some years ago when they got to the cup semi-final “Expectations are always high in Newmarket. They are one of the big powers of the game in Clare and having silverware on the mantlepiece at the end of each season is always a priority. Its not a good season if the club doesn’t win a title”, the manager agreed. Newmarket are still in the running for the league … 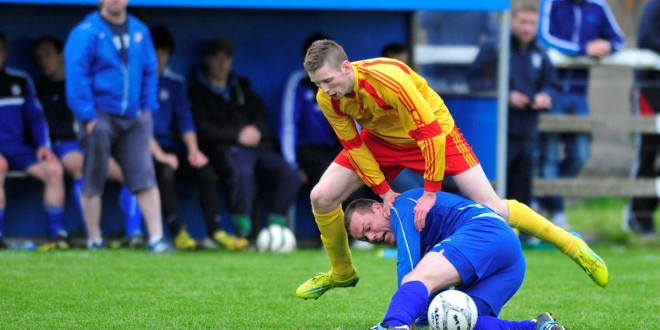 By Seamus Hayes The Clare soccer cup final on May 31 will be between Newmarket Celtic A and Ennis Town A. Newmarket justified favouritism when scoring a 4-2 win over surprise packets West Clare at the County grounds on Sunday morning. They dominated the opening half and led 4-0 at the break thanks to goals from Stephen Kelly, Eoin O’Brien, Eoin Hayes and Paudie Hayes. Two minutes into the second half they should have extended their lead when they were awarded a penalty but team captain Michael Crosby saw his effort rebound off the crossbar. West Clare were given a lifeline midway through the half when Jason Russell converted a penalty after he was fouled and twelve minutes from time he found the net again, this time from a free. However, that was as close as they got as the more experienced Newmarket held control for the remaining time to record a merited victory. On Saturday evening Ennis Town A … 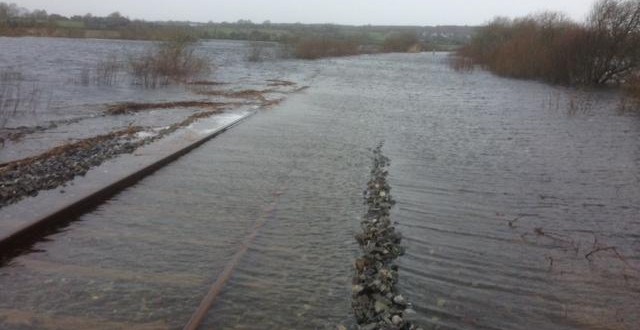 May 14, 2014 Comments Off on Rail services to resume as Ballycar flooding abates

By Owen Ryan TRAIN services between Ennis and Limerick are likely to resume on Tuesday as flood water has receded, while all the residents of Ballycar are now able to drive back to their homes. Iarnród Éireann spokesperson Barry Kenny said that divers had inspected the floods at Ballycar this week. There are plans to run a test train through the area on next Monday and all going well normal services will resume on Tuesday. “We’re no longer an island!” said Ballycar resident Hilary Gough, who is relieved that the entrance to her home is no longer flooded. She said that while her own house was isolated for exactly 13 weeks the problem has abated, but she wants Clare County Council to make sure the problem doesn’t recur the next time there is sustained heavy rain. “I’m absolutely determined that this should not happen again. There have been reports that there will be round table talks with the OPW … 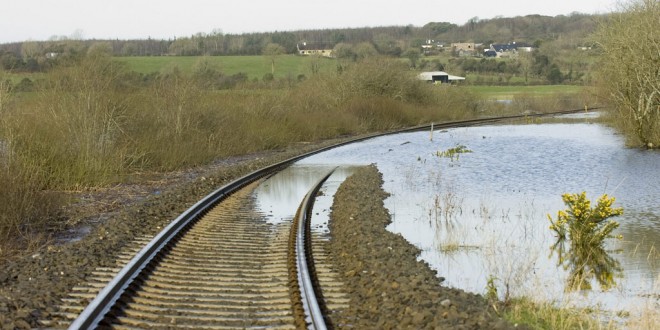 Ennis-Limerick disruptions likely for some time

February 7, 2014 Comments Off on Ennis-Limerick disruptions likely for some time

TRAIN services between Limerick and Ennis are likely to be disrupted for some time. Councillor Pat McMahon, who inspected flooding on the railway line on Tuesday, said that at one point, close to Mooghaun Bridge, the entire track is flooded for a distance of about 150 metres. Councillor McMahon said that the area in question is notoriously prone to flooding and predicted it would take a minimum of three weeks to dry out. Flooding in the area has disrupted train services on numerous occasions over the years, but Councillor McMahon said that the will to solve the problem has been lacking. “Nothing has happened. There has been lots of reports and lots of deputations, but the bottom line is, nothing has happened.” 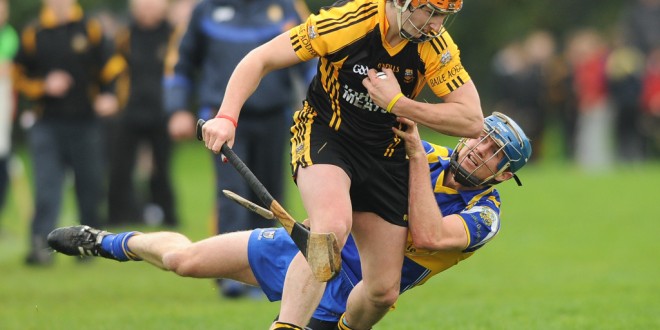 Champions back in the final

November 3, 2013 Comments Off on Champions back in the final

By Seamus Hayes Clare senior hurling champions Newmarket are one game away from retaining the Canon Hamilton trophy. Before a big attendance at Clarecastle—the game was transferred from Cusack Park following heavy overnight rain on Saturday night —they had to pull out all the stops to overcome Ballyea in a hard fought contest. At the end of the opening half the teams were level at 0-6 to 1-3 with the game’s only goal coming in the twenty first minute when Gary Brennan turned a Paul Flanagan delivery into the Newmarket net. Newmarket’s greater experience came to the fore in the second half and within a minute of the resumption they had taken a two point lead and they remained in front from here to the end. Clare’s top scorer in 2013 was to the fore for the Blues, hitting o-8, all from frees. Shane O’Brien senior who, along with Ronan Goode, helped Doonbeg progress to the senior football semi-final on the …