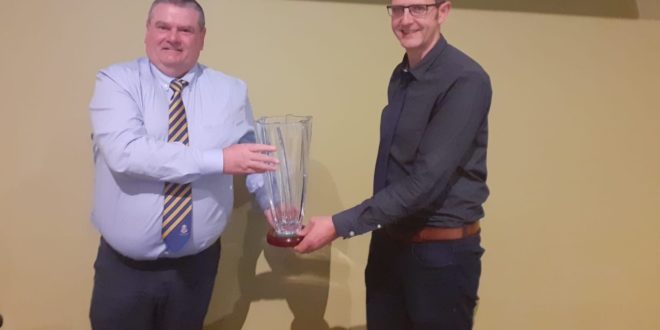 WARM tributes were paid at the June meeting of the West Clare Municipal District to long-serving official John Corry, who is to move to the Roads Section of Clare County Council.

A presentation was made to Mr Corry, former Town Clerk for Kilrush, after more than a decade’s service to West Clare. “If you could have picked your dream team, John would be top of the list,” Councillor Ian Lynch said. “He is a phenomenal servant to Clare.”

Councillor Joe Killeen backed up those views and wished Mr Corry well in his new role. “It can be difficult for new councillors to find their feet,” he said. “As Administrative Officer, John has always been very patient and helpful and a great support.”

In the opinion of Councillor Róisín Garvey, “Everybody needs a John Corry in their lives”. “If I could keep you and have you run my life, I would,” she said. “Newbies could sometimes be called scatty.”

Director of Services, Leonard Cleary thanked Mr Corry for his service. “John has given outstanding service to West Clare,” he said. “As Town Clerk, he was the most senior official in Kilrush Town Council. He engaged with community groups, the business community and elected representatives. In 2014, he made the transition to the West Clare Municipal District. He is meticulous and his minutes are a force to be reckoned with.”

Mr Corry noted that he would still be available to the members of the West Clare district in his new role in the Roads Section, and wished them every success with their forthcoming work schedule which includes a new strategic plan.

Joining the West Clare Municipal District are Senior Executive Engineers Enda MacNamara and Alan Kennelly. Mr Lahiffe told the meeting that he had been with the district for some months after a total of 20 years working with the council. He takes on a senior role with the district.

Welcoming the new appointees, Councillor PJ Kelly said he was confident they would continue to work to the high standards set by Mr Corry.

Fiona McGarry joined The Clare Champion as a reporter after a four-year stint as producer of Morning Focus on Clare FM. Prior to that she worked for various radio, print and online titles, including Newstalk, Maximum Media and The Tuam Herald. Fiona’s media career began in her native Mayo when she joined Midwest Radio. She is the maker of a number of radio documentaries, funded by the Broadcasting Authority of Ireland (BAI). She has also availed of the Simon Cumbers Media Fund to report on development issues supported by Irish Aid in Haiti. She won a Justice Media Award for a short radio series on the work of Bedford Row Project, which supports prisoners and families in the Mid-West. Fiona also teaches on the Journalism programmes at NUI Galway. If you have a story and would like to get in touch with Fiona you can email her at fmcgarry@clarechampion.ie or telephone 065 6864146.
Previous O’Gorman Cup To Get GAA Action In Clare Back Underway
Next Former Laois Star Sheehan Links Up With Cratloe 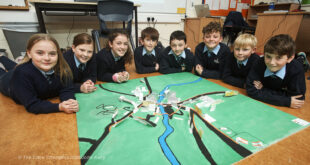