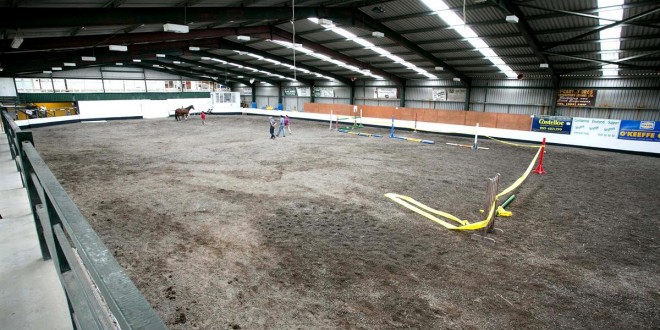 The indoor arena at Ennis Showgrounds where home produce will be displayed.

All-Ireland sheaf-throwing champion, Michael O’Brien will face stiff competition at the 110th annual Clare County Show this Sunday. Talented sheaf-throwers such as Paddy Dooley from Tullamore and Paddy Delaney from Laois, will be hoping to knock the Tulla man off his stride at the Showgrounds, Ennis.

Doubling as a curtain-raiser for the All-Ireland Sheaf-Throwing Championships in a few weeks, spectators will also get the opportunity to see experienced throwers from Offaly, Mayo, Limerick and Galway.

High standards in competition is nothing new for the County Show, which has a number of All-Ireland qualifiers that attract entries from the four corners of the country.

Show public relations officer Mary Stafford credits the enthusiasm and endeavour of committee members for ensuring that its appeal remains as strong as ever, 110 years later.

“Clare was the first county to have an indoor riding school and there are still a number of indoor riding schools in the county. There is a great tradition and love of horses in Clare, which is just one aspect of the show. The Showgrounds is a great asset for Ennis and, indeed, Clare. Hopefully it will be used to showcase other major events in the near future,” she said.
In the horse showing section, which is headed up by Joe Lillis, the All-Ireland Yearling, Colt or Gelding Direct Entry has a prize fund worth €2,500, while the All-Ireland Thomond Brood Mare Direct Entry competition attracts a prize fund of €1,500.
Gerardine Lynch is directing operations in the pony showing classes, which includes the minature pony classes, which everybody loves. A large number of entries are expected in the showjumping section, which is organised by Jimmy Quinn.

All breeds of cattle – Holstein, Simmental, Hereford, Limousin and Shorthorn – are catered for in the cattle showing section, headed up by Kevin Shanahan. With a total prize fund of €7,000, it is expected entries will remain as strong as ever.

Carriage-driving classes provide a wonderful spectacle for the audience and Pat Quinn is the man responsible for putting them on display.

It is not all about competition, though. The organisers are promising plenty of fun-filled entertainment for all the family, with events such as the best-dressed lady, most suitably-dressed gentleman and the ever-popular bonny baby competition. 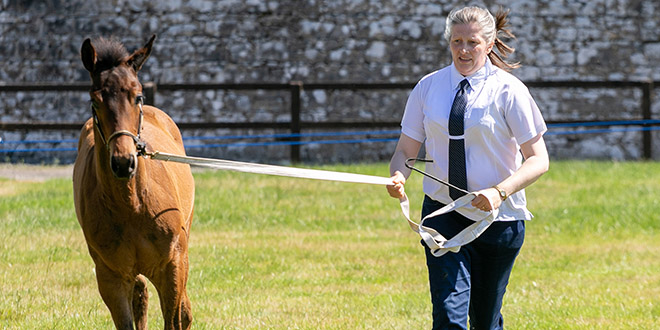 One campside plan for Fleadh 2017

INIS Fest at the Showgrounds