Home » Motoring » A day at Mondello 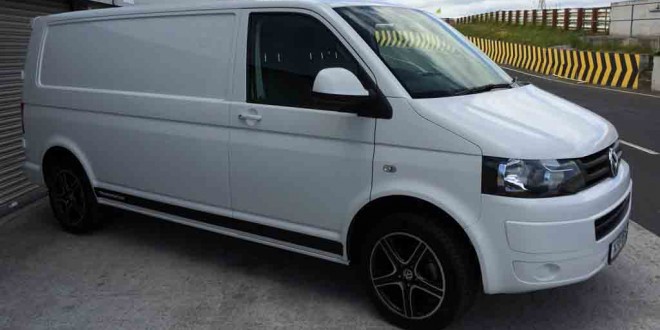 The most unlikely racing car ever? It has 180 bhp but doesn't like corners much.

A day at Mondello

Last week, we had a rare opportunity to try the entire Volkswagen Group range of cars both on track at Mondello Park and on the roads outside.

Not only Volkswagen models were well represented, we also had Audi, Seat and Skoda to choose from – all the latest models.

When I arrived though, I couldn’t resist starting with the oldest car there, a 1977 Mk1 Golf, resplendent in lime green. Somehow the colour was very appropriate given the period of the car.

As I took it gingerly out onto the road, I was struck by how noisy it was. The car was far from concourse condition but the noise coming from the front end was more akin to an air cooled engine. It really sounded strange.

The second shock was the almost total lack of brakes. Polos of that period in right hand drive versions came without brake servos and I think it must be the same story for the Golf. The brakes were truly awful and several times, I felt I’d have been better off doing a Fred Flintstone and using the soles of my feet on the road.

Once I got over the various shocks, the positives emerged. The Mk 1 is light and airy and you can really feel the absence of weight. Through the turns, the steering was remarkably precise and full of feel. Sadly, that’s something we’ve lost slowly over the last 40 years. Driving the Golf was an instructive lesson in how far we’ve come in that time.

It was back to the modern stuff then, taking out a Seat Leon FR, the ST or estate version. This isn’t quite as wild as the more powerful Cupra but it was a lovely car to drive, with plenty of power and a secure, confident chassis.

I particularly like the interiors of current Seats and this one was no exception, being sharp and modern. Add the practicality of the estate body shell and you have an ideal car if you want to combine space with a good dash of performance. It’s a car I’d love to spend a bit more time in.

To get a handle on the performance diesel side of things, I then got into a Volkswagen Golf GTD, a car I’ve only had a brief go in. The chassis doesn’t seem to suffer in any way from the extra weight of the diesel engine in the front and I found it a particularly easy car to place on the road.

While the engine doesn’t have the same red line as the GTI and consequently loses out a little in driver appeal, the compensation is a slug of useful torque just when you need it. Add the practicality of much better fuel economy and it’s hard to argue against it in comparison to the GTI.

Back to the oldies, then. A couple of VW combi vans caught my eye, one a campervan, the other a brown panel van that looked ready to deliver bread at the drop of a hat.

As it turned out, the camper van was already sold, but the panel van could be taken out. Or it could if it was working – I grabbed the gear-lever and it came off in my hand. While a search was instigated for pliers, I took out the Caravelle, the passenger version of the Transporter and found it to be extremely luxurious, with leather seats, a double clutch gearbox and the kind of visibility that only comes with a high seating position. It can seat nine adults in complete comfort and it’s a great way to travel.
When I got back, two pliers had been found and we had the gear-lever back in short order. This old VW really did have an air cooled engine and you could hear it noisily working away under the floor.

The driving position is the ultimate cab-forward experience and it feels like there’s nothing in front of you. Scary when a big truck is coming against you on the road.

The unassisted steering was heavy at low speeds, but lightened up considerably on the go. It’s very low geared so going around any decent corner involves a lot of wheel turning. Directional stability, too, was woeful, so it’s not an easy van to drive. I thought the performance was quite good. I expected anything over 40 mph to feel like torture but it clipped along at a good pace against more modern traffic.

Next, it was time to go onto the track and I first tried a Skoda Octavia vRS, a stonking car on the road. As a track car, though, it doesn’t feel as precise as you’d expect, although the same can be said for most road cars. Perhaps I wasn’t yet dialled in to the circuit, but I found it a bit of a handful around Mondello. We only had three or four laps in each session behind a pace car – just enough to leave us wanting more.

I got into a Volkswagen Golf GTI for my next session and this car also had the performance pack fitted. I found it much more to my liking and found it to be very tidy and quick around the track. I was directly behind the briskly driven pace car and had no trouble staying right behind his bumper.

Even better on track was the next car, an Audi S3 saloon, which had the advantage of four wheel drive. All wheel drive put the power down much more easily and because the front wheels weren’t scrabbling for grip, the car was easier to place in the corners too. Understeer, the old bugbear of 4wd cars, seemed to be completely eliminated and to my mind, this was the best of the bunch.

After coming in, I noticed a Transporter at the other end of the pit lane and stupidly made enquiries. Yes, I could take it out on the track. With a 180 bhp engine, it didn’t lack for power but it was all over the place in the corners. Still, I had a grin a mile wide as I chucked it around. It really was a hoot to drive. How many times in your life do you get to race a panel van on the track?

That was my downfall, though, as we also had the chance to do a timed lap in a race-prepared Seat Ibiza. In hindsight, it was the wrong decision to go out after being in the van, as my first lap was particularly scrappy. My second flying lap was better and I posted a respectable, mid-field time, but I know I would have been faster if I went out directly after driving the S3. Still, it’s a new one for the racing drivers’ book of excuses.

I finished my day at Mondello with a gentler drive in the Audi A3 cabriolet, which has been developed into a car that oozes class. It’s very comfortable to drive, looks well from all angles and with the added bonus of fresh air and blue skies at the touch of a button, it’s hard to beat.

It was a rare treat to be able to try such a diverse range of cars all on the one day. Some accuse VW group cars of all driving the same, but having access to all the marques in the one place gives the lie to that old saw. They’re entirely different from one another.

Hats off to some great local characters