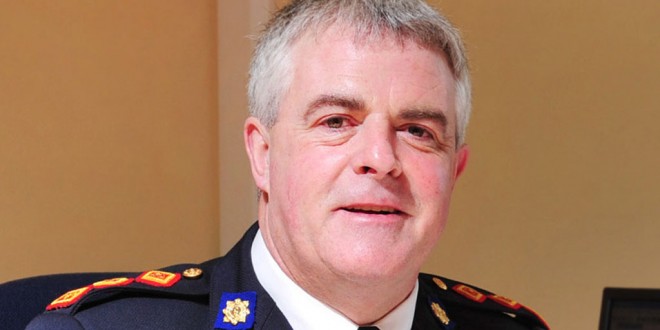 THE head of the Clare Garda Division has said new legislation that aims to apply consecutive prison terms on repeat burglars should have a positive impact and make communities safer.

Chief Superintendent John Kerin, who in recent months called for consecutive sentences for persistent burglars, said he welcomed any legislation that would assist them in taking “recidivist criminals, especially burglars, off the streets”.

In recent weeks there have been a plethora of burglaries in the Cratloe area, while gardaí in North Clare are investigating a series of burglaries that occurred in Bellharbour, Ballyvaughan, Tubber and Crusheen during the last two weeks.

There are two main provisions in the Criminal Justice (Burglary of Dwellings) Bill, with the first aimed at imposing consecutive jail terms on burglars who have previous burglary convictions. The second part of the bill contains an amendment of the bail laws to enable judges to refuse a bail application to anyone facing multiple charges and with previous convictions.

Chief Supt Kerin said, “I suppose the reality is that 75% of burglaries are committed by the same 25% of people and research has found that. So recidivism in the area of burglaries is a huge issue. I’m also conscious that it’s up to legislators to legislate and to the gardaí to enforce legislation, so I don’t want to get involved in speaking about specific legislation.

“But, certainly, legislation like this can be effective and should have a positive impact, if enforced, on making the communities safer and allowing people to be safer in their homes,” he added.

Chief Supt Kerin said the Clare Garda Division has experienced a rise in burglaries this year but said he did not feel it is “out of sync” with the rest of the country.

“There is provision in [the new bill] where judges can refuse bail where people are up on a number of burglary charges and they’ve had them in a short period of time. Again, that’s a matter for the judges,” he said.

The head of the Clare Garda Division said there have been occasions where it has been frustrating to see defendants released on bail and subsequently ascertain that they had re-offended.

“Absolutely, it can be frustrating but we also understand the position that judges have and a lot of these cases end up in the high courts, where people appeal refusals by the district court to grant bail and the high court grants bail. But that’s the prerogative of judges. We don’t involve ourselves in the rightfulness or wrongfulness of those decisions. I suppose they give their decisions based on their views. We don’t always agree with their views but that’s their views and we respect them and there’s nothing we can do about that,” he acknowledged.

Chief Supt Kerin said another important aspect will be whether or not there will be a sufficient number of prison spaces available to keep repeat burglars incarcerated.

He said there are a number of factors associated with the legislation that he would be monitoring closely.

“First of all, the legislation isn’t enacted yet. So will the legislation be enacted as it is and what views will the high court take of appeals that are taken by solicitors and barristers to the new legislation? They are all considerations but certainly if the legislation is enacted and the present [legislation] is available, it should see a reduction in burglaries,” he suggested.

He said he would not agree that the rate of burglaries in Clare is high in comparison to other counties.

“I’d say there’s a rise in burglaries countrywide. I suppose over the last month or so, it has stabilised somewhat. We have a lot of break-ins in the country areas. The break-ins are mostly into sheds and out-houses.”

Clare County Councillor PJ Ryan, the chairman of the Joint Policing Committee, said the new bill is good news, as “burglaries are becoming a serious problem”.

He said there are a high number of people re-offending in the county and committing burglaries and, in his opinion, they are not being “punished enough”.

“People are very worried in their houses and something has to be done. People don’t feel safe in their homes. The bill is designed to keep repeat burglars away and it is very important that people can feel safe in their communities. People’s homes are their sanctuaries and I would hope this will give people more confidence in the legislation.”