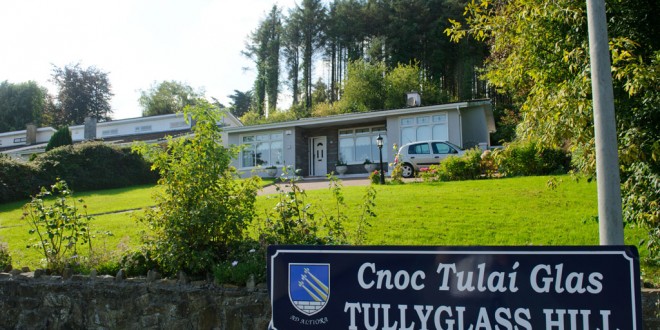 There is opposition to proposals to remove all the trees in Tullyglass Hill in one fell swoop.

A PROPOSAL that all the trees at Tullyglass Hill be taken out in one fell swoop didn’t get much of a welcome at this week’s Shannon Municipal District meeting.

The two members from the town, Sinn Féin’s Mike McKee and independent Gerry Flynn, were particularly against it, claiming that the job at Tullyvarraga Hill some years ago has meant that local people will oppose it.

The meeting also heard a proposal for increasing the amount of open space at the town park by creating room by removing older trees, many of them behind the existing town hall. This was largely welcomed by the members.

Speaking about this dimension, consultant Nicholas De Jong said the idea of the park works is to meet the recreational needs of the town going into the future and that the existing park area is restructured. He said many of the trees had been damaged last year, others have reached maturity and work is required.

He said around 150 trees would be felled and the overall effect would be to create “a much bigger open space and address the problem of trees that are past their sell-by date”.

Regarding Tullyglass Hill, he said it is recommended that the whole woodland be felled and it is “a case of biting the bullet”.

He said the idea is that the whole lot be felled in one go, before being planted with native deciduous species. Mr De Jong also said that quite a lot of the trees need to be taken out for safety reasons.

However, it was quickly made clear that there are very serious reservations about the proposed work at Tullyglass Hill.

Independent Councillor Gerry Flynn said public consultation would be required and said he “shudders at the last presentation in relation to the disgraceful act on Tullyvarraga Hill by Clare County Council”.

The local authority had “turned an amenity into a lunar landscape,” he claimed.

Continuing the metaphors, he said Shannon was “promised a racehorse and got a donkey”.

Councillor Flynn said a consultant who came up with the plan for the work had been given the contract to carry it out and that after saying the timber taken wasn’t of the standard expected, had said the works couldn’t be finished.

He claimed it would be “very hard to sell this to the people of Shannon, who are still vicious over what happened at Tullyvarraga Hill”.

Councillor Flynn also said it would be necessary for some other works to be carried out to rebuild confidence before something as dramatic as the Tullyglass Hill works would be backed.

Senior executive engineer for the area Eugene O’Shea said if mistakes were made in relation to Tullyvarraga Hill, they had been learned from and those involved in coming up with plans wouldn’t end up carrying out the works identified.

However, Sinn Féin’s Councillor McKee said it is important to tread “very, very carefully” in relation to Tullyglass Hill.

He said he was shocked with the proposal to take away all the trees in one go. “I can’t envisage it happening or being allowed to happen.”

Fianna Fáíl’s Cathal Crowe said he would be very much against taking all of the trees out at once. He also said the aesthetics of taking out the trees must come before any economic considerations.