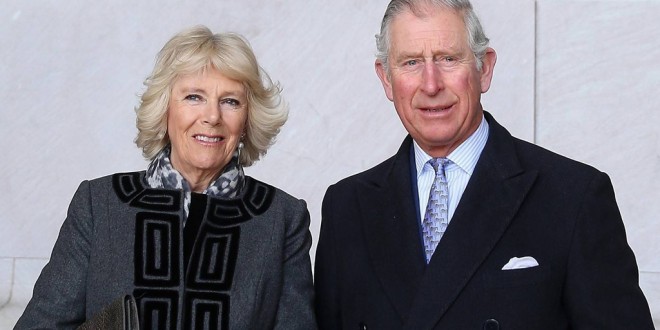 The Prince of Wales and Duchess of Cornwall are to visit the Burren later today.

High security around Clare and Galway for royal visit

Security around Clare and Galway is high today as the final preparations are being made for the two-day official visit of the Prince of Wales and the Duchess of Cornwall to the Republic of Ireland.

A senior garda described the visit as “at the top of the scale” in terms of security. He said an incident was “possible but not likely” and there was no information about a “specific threat”.

Security zones will be in place around each area the royal couple are scheduled to visit and there is a heavy garda presence across South Galway and North Clare, as well as in Oranmore and Galway City, in particular close to NUI Galway.

Prince Charles is set to visit the Burren later today where he will meet local farmers and conservationists and take a walking tour of a farm there. He will also meet with primary school children from two Burren schools before listening to a performance from young, local musicians.

While the Prince of Wales is in North Clare, his wife, the Duchess of Cornwall will be attending a number of engagements in Galway.

This evening, the Prince of Wales and the Duchess of Cornwall will meet President Michael D Higgins and his wife, Sabina, as well as invited guests for dinner at Lough Cutra Castle.

Their Royal Highnesses are expected to arrive in NUI Galway close to lunchtime where they are expected to meet political party leaders, including Sinn Féin President Gerry Adams. Prince Charles is also expected to give a speech at this event in the university.

Tomorrow, Wednesday, the couple will travel to Sligo, Drumcliffe and to Mullaghmor,e where they will meet local people who helped survivors of the 1979 bombing that killed Lord Mountbatten, a cousin of Queen Elizabeth II and Prince Charles’ godson Nicholas Knatchbull, as well as local boy Paul Maxwell.

A visit to the Sligo Races closes their Republic of Ireland programme and they are due to spend Thursday and Friday in Northern Ireland.

Pupils teaching a prince about the Burren