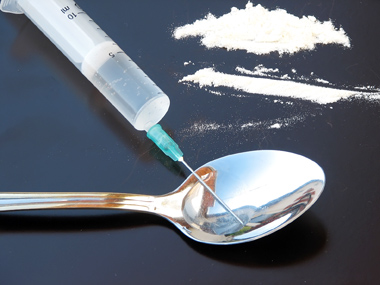 Drugs are part of Kilrush life

A KILRUSH mother of a former drug addict has told The Clare Champion that drugs have been available in the town for as long as she can remember.
“Drugs have been in this town since I’ve been a kid, starting from LSD to ecstasy. That’s going back to when I was 11. I could see it then. When I got into my teens, it became more prominent, as my brother had got into it. I remember passing a comment to a then councillor, who is no longer there. I said ‘you’d want to start doing something about drugs in the town.’ I was told back then, ‘will you go away and stop talking rubbish. There’s no such thing as drugs in Kilrush’,” she recalled.
Aside from her son, the mother has other younger children whom she is trying to ensure do not take drugs.

“You can’t be there holding their hands all the time. The one thing I instil into them is to ‘never take a fag roll from anybody. You don’t know what’s in it. If you’re offered drugs, don’t take them. Come and tell me because people will offer you something and say you’ll feel really great out of it’. But I think the way it is now, my kids, because they’ve seen what has already happened, they’re always saying they would never do that. They’ve already experienced it and hopefully that was enough,” she said.

She has asked a number of local election candidates how they plan to address the drugs issue in the town.

“The first thing I always ask is ‘what are you going to do about the problem of drugs in Kilrush?’ The reply that I got from one candidate was that they didn’t realise the problem, with heroin in Kilrush, was so bad.  Personally, I don’t think it’s that they don’t realise how bad it is. I just think they don’t want to know. None of them want to know. When you mention anything about drugs or the problem of drugs, ‘there is no problem’, according to them. They just don’t want to know or don’t want to get involved. The answer you’ll get ‘is it really that bad?’ They must be walking around blindfolded,” she stated, before adding that drugs issues in the town are not confined to any single section of society.

“It’s not a class thing anymore. It’s not confined to the broken homes, the poor or the people on the door. The richest of the rich are doing drugs. The ones whose parents have the good jobs, big houses and big cars are doing drugs. They may be in college and are getting money off their parents so they can keep it a secret. Whereas somebody whose parents are on the dole, of course their parents aren’t going to be giving them money every week. The thing is, for them to get their hits, they either have to become dealers themselves or they have to go into crime to pay for their hits. That’s the way it works. That’s the only difference between the class of people. If people think it’s just broken homes, they can forget about that one. They’d like to think that, of course they would, and every parent loves to think and hope that their kids aren’t doing drugs. But the richest of the rich are doing it and selling it,” she reiterated.

The woman insists that views on drug addiction must change. “Drug addiction is an illness, similar to alcoholism. People need to start recognising that it’s an illness, not that they are scumbags. It’s the drug-dealers that should be put away, not the drug addicts. If a drug addict is caught with drugs on them and they get time, what’s the point in putting a drug addict into prison? From what I’ve seen, certain people have been caught selling drugs worth €50. They have been through the courts. They get off with a slap on the wrist or a fine but there’s nobody looking at how many €50 bags were sold that day or that week,” she pointed out.

The Kilrush mother says that addicts in the town have a chance of recovering if they are supported by family or friends.

“If drug addicts get to a point where they can’t come back from it, there’s no help or their family doesn’t want to know them, that’s the stage where I don’t think they can get help. They don’t see anything else but the drugs and the drugs become their friends and their family. But, I think, if an addict has some kind of a family in place, who are willing to help them, in nine out of 10 cases they end up changing their life,” she concluded.

Obstacles to treatment for heroin addicts