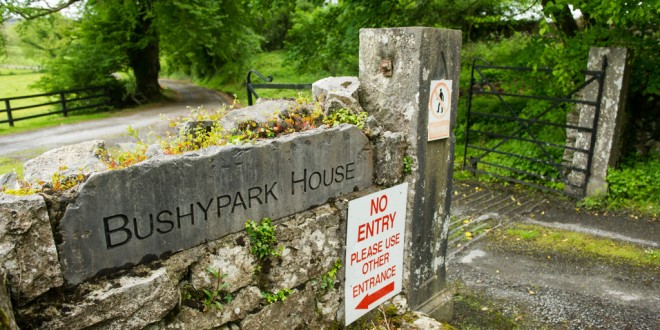 A mother who lives in rural West Clare has told The Clare Champion she was first introduced to drugs when she moved to the region from a neighbouring county. The woman, who has received treatment for alcoholism in Bushypark, Ennis, has not had a drink for two and a half years and has succeeded in dealing with her issues, which had led to bouts of depression.
“This is where I discovered drugs; in West Clare. It was only drink when I was in my teens but, when I moved down here, it was drugs. Luckily for me, I was never offered or introduced to heroin. Plenty of coke, ecstasy or tabs. I don’t even know the modern terms for them nowadays,” she said.
The woman didn’t have to travel from her rural location to buy drugs, although she does recall picking up a supply in Shannon on one occasion.
“I think I did some sort of a pick-up in Shannon. A big ounce of hash or something. Why, I don’t know. I just did, that was just part of the way I was, even though I never bought drugs. They were always available. There probably were a few Mr Bigs around at the time. I didn’t question it. I had small kids as well. It’s only now I’m starting to look back on my life and shed a lot of tears. It’s only now I’m looking at it and am starting to make sense of things. That’s because I am drug, alcohol and prescription drug free,” she revealed.
When seeking treatment for her drinking issues, the woman didn’t believe she had a significant drugs problem.
“I didn’t think I was addicted to drugs but you go into Bushy Park and the treatment is so severe. I was down as a drug addict and a chronic alcoholic when I was in there. I really don’t believe I was. But it makes sense that I learned that there because I could have come out of there thinking, ‘ah sure, I could smoke a joint now’. Although there had been no drugs in my life for a long time at that stage; it was more the drinking at home that I had to deal with. It wasn’t even the amount of it, it was the effect it was having,” she noted.
Ironically, she never had any difficulty accepting that she was an alcoholic.
“It’s nearly easy for me to say today that I’m an alcoholic. It makes sense of my life. But I suppose you have a perception of what people think an alcoholic is. I had my own perceptions as well. I knew it all along. I remember saying it, to my sister, when I was about 19. I would have been drinking from an early age. My father is an alcoholic and he’s still drinking. Addiction is everywhere. It has no geography or map or preference,” she said, before detailing some of her old drinking habits.
“Through the years, I drank normally, going out Saturday night and I suppose drugs were involved in that too. I can see the chaos now today but, at the time, I couldn’t. Going through those years, depression would come up. I’d go to the doctor and the doctor would give me prescription drugs. The services I went through were the GP, who passed me on to the psychiatrist in Kilrush. Then I think I might have gone as far as Sláinte over in Ennis. But that was me looking for things. It was always depression. I never thought it was alcohol related,” she said.
The turning point was when she faced up to her issues with her doctor.
“The last time I went to the doctor started my recovery journey. I really, really did want to end it at that stage. I’d been drinking for about a week. I couldn’t get to work that Monday morning and I remember getting to the doctor and being prescribed Xanex. I could have gone down that path of the prescribed drugs, which are highly addictive and I have an addictive personality,” she noted, before acknowledging that she had previously not fully availed of the services.
“Going through the services, because my mind wasn’t fully in it and there was chaos in my life, going there once or twice and not following up, it was all a bit up in the air. The turning point was Bushy Park,” the West Clare-based mother stated.

Drugs are part of Kilrush life