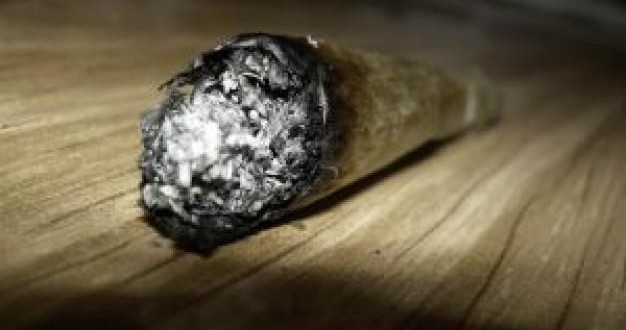 Obstacles to treatment for heroin addicts

A Kilrush mother thinks people who seek treatment, locally, for heroin addiction have obstacles placed in their way.

“There isn’t a methadone programme in Kilrush. Kilkee is only a small seaside town and they’re getting methadone up there,” she said, before detailing what is involved, locally, in the programme.

The woman, whose son has received treatment for drug addiction, said, “It’s normally a two-year programme. To get you off the heroin, they’ll put you on a dosage of methadone and, over a period of two years, they’ll lower the dosage. Once a week, you’ll pick up your prescription. I think you take it in liquid form on the premises. Then you have the after-care, which is in Limerick.
“So if you’re on heroin and you want to go on the programme, you can’t get the methadone or the after-care in Kilrush.
“While you’re doing the programme, you have no facility in Kilrush to help you to come off the heroin. You have to go to Limerick for the counselling and Kilkee for your methadone.
“Imagine if you had no car? If you’re on drugs, you probably sold everything that you have, anyway. So if you don’t have a car, what do you do? There’s no funding for it. Wouldn’t that put anyone off doing anything?” she asked.
The Kilrush woman’s comments coincide with this Thursday’s opening of the multi-agency West Clare Drug and Alcohol Initiative in Clarecare’s Kilrush office.
“It’s as easy as walking into a shop to buy a bar of chocolate. That’s how easy it is to get drugs. I’m talking from the smallest tablets, like street valium, to heroin. That’s how simple it is,” the Kilrush woman outlined.
Drugs have been a factor in her family life and, in particular, her son’s.
He has received treatment for drug addiction at a centre in Kilkenny.
“I’m a mother of a young fella who was on drugs. It’s not something I would wish on any mother to go through. It can devastate families. It’s so heartbreaking and disheartening to see your child being brought down.
“On one occasion, he was practically dead. You’re looking at your baby, thinking, ‘oh my God, what am I going to do?’ There’s nobody in Kilrush to turn to. If you mention drugs, they kind of look at you as if to say ‘why would you even bother telling me that?’” she said.
“But they’re quick enough, if they see your son or daughter stoned around the street, to talk about it.
“I have no time for the town in that sense. You’re stigmatised for it. ‘Her son or her daughter is on drugs. They’re nothing but scum.’ As a mother, it’s a horrible feeling to have.
“But if you can go through all that, come out the other end of it and see your child make a success of their life, better things are for him. Thanks be to God because I would have been burying him only for the people that helped him,” she said, adding that her son had to leave the town.
“My son was practically run out of this town. He’d never get a job in Kilrush. It will follow him, wherever he goes.”
The woman maintains that “everybody knows someone” who deals drugs in the town.
“You have those who are probably classed as the small-time dealers. They are the runners for the bigger dealers. Everybody knows someone. Everybody has a friend who knows who they are. Whatever you want, you can get, whether it be weed, hash, tablets, heroin or cocaine,” she said, adding that the bigger dealers are also well known.
“A lot of people know who the bigger ones are. I suppose the smaller dealers would be classed as the ones that would be dealing the weed.
“But the bigger ones – everyone in Kilrush knows who they are,” she maintained, before saying that heroin addiction is a significant issue in the town.
“It’s a big, big problem in Kilrush, due to bad batches of it, not knowing what’s in it or overdosing. It’s easy to overdose on heroin if you don’t know what you’re taking or if you take other stuff down on top of it. A few deaths have been attributed to that.
“It starts out with the smoking and eventually moves onto injecting because they won’t get the same hit. I know people, in my own family, who went from smoking to injecting,” she stated.
“It’s not behind closed doors. These people are walking the streets. You know a heroin addict. You can see them a mile off and I can’t understand why people who have a little bit of power can’t see this or don’t want to see it. When you’re looking at young ones walking around in a daze, they’re only going one way and that’s into a grave,” the Kilrush mother predicted.
“You see it all over the town. It’s in your face, even if you’re not looking for it. If you’re anyway streetwise at all, you’ll see it.
“Outside one particular house, you could see the people who were going in and out. You knew the ones who were on the drugs and you knew what they were going in for. It was blatant,” she claimed, before revealing that she has told Kilrush gardaí who the dealers are.
“The gardaí know who the drug-dealers are. I told them who they are. All I heard was, ‘we did a raid but we got nothing’,” she revealed.