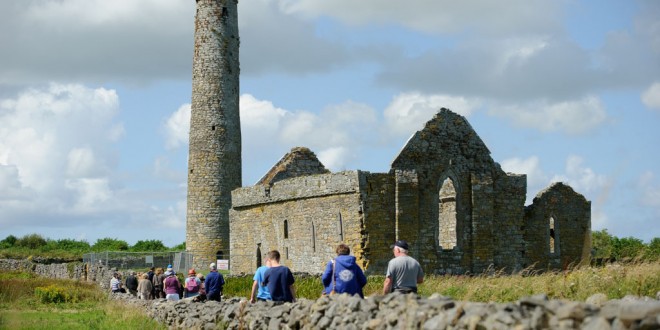 The tower and church ruin on Scattery Island. Photograph by John Kelly.

SCATTERY Island, located close to Kilrush in the Shannon Estuary,  is likely to face a long wait to be recognised by UNESCO as a World Heritage Site.

At a meeting of the West Clare Municipal District, Independent Councillor Ian Lynch asked that the county council proceed with an application for the sixth century monastic settlement.

However, in a written reply, Ger Dollard, director of services in tourism and community with Clare County Council, said that an application for World Heritage Site status is not within the remit of the local authority.

The first step towards gaining status is to be included in the tentative UNESCO list but even that is unlikely. The last time this list was reviewed was in 2010 and prior to that in 1992.

“It is unlikely that a review of the list will take place in the short term. It should be noted that the Burren was on the tentative list in 1992 and was again included on the list in 2010 but has not progressed to UNESCO World Heritage Site status,” Mr Dollard explained.

The Burren is one of seven Irish sites currently on the tentative list.

Councillor Lynch acknowledged that achieving UNESCO recognition would be a long, tough proposition for Scattery Island but suggested that it should be looked at.

“It’s a complex process but, for years, Scattery Island has been described as the jewel in the crown of Kilrush. I appreciate that there is a lot of work in seeking UNESCO accreditation but I think that if Clare County Council get behind it and we put on political pressure nationally, we can definitely get Scattery Island recognised as a UNESCO site.

“It has Viking heritage, a monastic settlement and a fishing village all in one area,” Councillor Lynch pointed out.
Mr Dollard said it is a matter for Government and that significant funding would be required for necessary studies and reports to furnish the application. 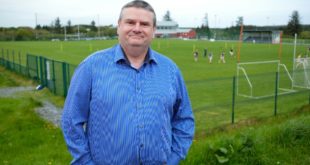