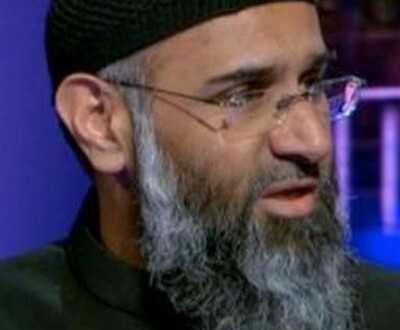 RADICAL British Muslim cleric Anjem Choudary has said Ireland is now seen as a legitimate target for attacks by certain terror groups due to the American use of Shannon.

Mr Choudary was a founder member of the organisation al-Muhajiroun, which was subsequently banned in Britain under anti terrorist legislation. He is a strong proponet of Sharia law and has been vocal in his support of those who carried out the 9/11 attacks.

On Cork radio station Red FM this morning he spoke about the situation in France, and when asked about whether people at Shannon Airport and other strategic parts of the country should be concerned about attacks he said, “I think people should always be concerned because there is a war taking place, that war is a global war taking place on every level.”

Asked if Al Qaeda and other radicals now see Ireland as a legitimate target because of the use of Shannon he replied. “It’s not (just) now that it has become a legitimate target, I believe for a long time in the eyes of Al Qaeda and others it is a place which has been used to aid and abet the war, which has been, if you like, prosecuted in the Musim world and I think that the Irish (Government) know tha their claim of being neutral and not really supporting any kind of war campaign is not something that’s being bought by the Irish public or Muslims around the world.”

When pressed about the murders in Paris by presenter Neil Prendeville, he retorted, “You (Ireland) allow the Americans who are the biggest butchers in the world to stop at Shannon Airport, refuel and kill people in Muslim countries and then you have the balls to talk to me about butchering innocent people, I’m sorry, but look at yourself”.