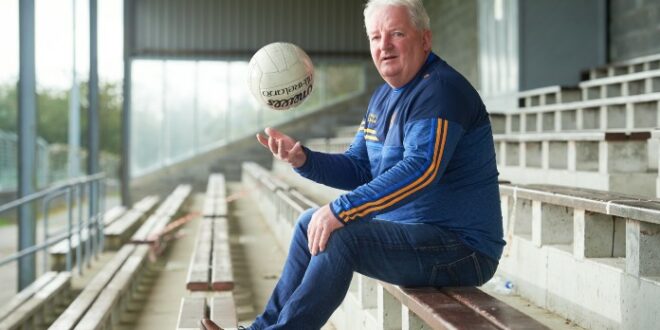 As the Banner Ladies embark on their atonement mission this Sunday to reclaim their Clare senior ladies football title, the message from their manager could not be any simpler.

JJ O’Dea has been around Gaelic Games for long enough to know what is needed to plan a successful campaign, with the Kilfenora man having plenty success on the field himself, including captaining St Mary’s College to glory way back in 1979.

The modern day approach to coaching the game has seen it move towards near professionalism, but the Burren farmer still feels that the fundamentals have not changed.

“Football is a very simple game. There are a lot of laptops going around now, but it really is a simple game. You make the blockdowns and you put the ball over the bar” is how JJ breaks down what needs to be done to come through the test that lies ahead.

Defeat in the 2019 decider robbed the Shanway Road side of a ninth consecutive title with Kilmihil’s Rineen-esque ambush lowering the Banner, but revenge was dished out cold in this year’s semi final as they took down the champions with a ruthless display. O’Dea admits that was a game they had targeted having been stung by last year’s loss.

“We are on a renewed mission because we were very disappointed with last year’s final defeat. We knew the day would come that we would be beaten but it was the manner of it that we were most disappointed with. We were really bullied out of it and we did not like that because we like to play a bit of football. We were up for that semi-final this year and it was coming for a while. They won the final last year and you have say fair play to them” he said.

The Banner have been the dominant force in Clare ladies football having reached every final from 2010 to 2020, with West Clare Gaels being their chief rival in the early part of the last decade after their rise through the intermediate ranks.

Throughout that time, the emphasis has been on work-rate and honesty according to O’Dea, but he also outlined that he has observed some changes in how teams approach games that he does not agree with.

“The bottom line is that you work hard and put the ball over the ball. That is our policy always. Our backs this year have really tightened up and are getting great blocks in. I think that ladies football is gone a bit too psycial and I don’t really like it to be honest. Ladies football is meant to be about playing football but there is a lot of focus now on trying to stop teams playing and trying to stop good players. It is not right in my eyes but that is how it is and we just have to try and deal with it as best we can. Every manager wants to win and they will look at the opposition to see how they can stop teams from playing and I don’t know is that right. When you have classy footballers, you like to see them play” he noted.

The Banner’s starting line up on Sunday afternoon will see several of the players who have been ever present during their dominant spell taking to the field once more with the likes of Emma O’Driscoll, Louise Henchy and Niamh Keane having given sterling service to their club. O’Dea feels having that type of experience to draw on is invaluable, and thinks the layoff from action due to Covid-19 in the early part of the year helped to keep players hungry.

“This year helped in keeping players involved because they really had nothing else to do during lockdown. They realised that you need to have a bit of sport in life, and you really need to have those more experienced girls involved to mix with the younger ones. You need to be bringing the youth through also but they need the old heads around them to steady the ship when needed and make the right decisions at the right time. Everyone was just so glad to be back playing this year. We went back to Cross to play West Clare Gaels in the group stage and it was a bad evening but we had a brilliant turnout and no one really cared about the weather, they just wanted to get on to play the game. It was the same for both sides, we were just glad to have a game and there was a great appetite there for it. It will be a much different game between us this time around. The last game was only in the round robin and there was not really much at stake. The next day will come down to that killer instinct and we will have to be on our toes from the minute the ball is thrown in” he warned.