Home » Sports » “Dad Will Be Shining Down On Us Sunday” 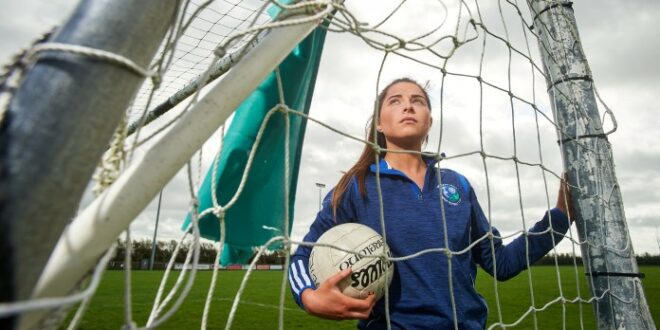 Sunday’s Clare ladies football final will be a hugely emotional occasion for the Harvey family as West Clare Gaels make their bid for the senior title.

It will mark the first final appearance for Ciara, Shauna, Grainne and Caoimhe since their father Kieran’s passing last year, with the former chairman of Clare LGFA being an ever present figure along with his wife Mary throughout their time with their beloved club.

It was Kieran who was on hand 12 months ago to present Kilmihil captain Ellie O’Gorman with the trophy after they dethroned the Banner, with the Querrin native going to his eternal rest less than two months later.

Caoimhe, who will captain her side on Sunday, feels that Kieran will be there in spirit to aid their bid for glory.

“It will be a very emotional day for us as a family to have that first county final without Dad. He will certainly be shining down on us for Sunday and he would be over the moon and so proud of each and every one of the girls. All we can ask is that he will be there with us in spirit on the day” she said.

Having built a great rivalry with the Banner in the early part of the last decade in which they played in almost every league and championship decider from 2010 to 2015, West Clare Gaels have been absent from the big day for the last five years. Harvey feels they have made real progress over recent years to bridge that gap.

“We got there in 2015 which was our last appearance in the final so we are over the moon to have reached it once more. We are rebuilding within the group so our focus from the start of the year was just to take each game as it comes and hopefully keep making improvements. We have put in the work and got this far and that is all down to the commitment of the girls. It was a tough evening in the semi-final against Cooraclare because as the evening went on, the weather really turned for the worse and I thought we showed great determination in the last ten minutes when the game really could have slipped from us. Everyone on the team that night really stood up to the test and it was a great achievement for everyone involved” she noted.

It will be the second meeting of the sides this year with the Banner coming out on top by a comfortable margin when they clashed in the group stages. Harvey feels their squad will have learned from that defeat.

“Last year we were a bit under prepared for the semi-final against Kilmihil, so this year we decided to just focus on the next game and not look ahead at what might be coming down the road, or look at what has gone before that either. We know we are still in transition and we have a good few U-16 and minor players, and a lot of the panel are under the age of 21 so it will be a learning curve for a lot of the girls. The Banner came back to Cross and gave us a rude awakening that evening in the second round of the championship this year. They are an amazing side and we just have to concentrate on our job and see what happens then” she stated.

Harvey feels the time has now come for this group of West Clare Gaels players to take that next step in their development, but accepts it will be a tough task to take down a seasoned Banner outfit.

“We have been playing together over the decade from underage level so it is time that we start playing as a unit and not as individuals. In fairness to the management and players, there is great organisation. Sometimes it can just come down to luck and that things just go your way on the day. There is no point denying the huge task that we are taking on but we will just take that on.We won’t change anything that we have practised all year and we are really looking forward to it now” she said.