Home » News » Shannon Aerospace on the up 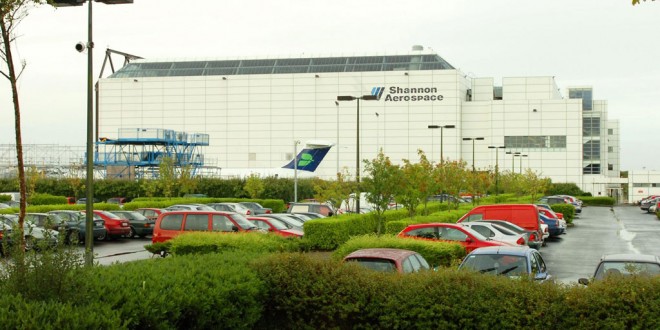 Shannon Aerospace on the up

SHANNON Aerospace saw a boost in profitability in 2013, according to newly-filed accounts. The profit recorded for the year was €1,119,000, which was more than nine times the 2012 figure.

The company was involved in a serious dispute with workers over pensions earlier this year, with industrial action almost resulting. Regarding the pension scheme, the accounts state, “The company operates a contributory defined benefit pension scheme. At the end of 2013, the net pension deficit calculated by the scheme’s actuary had decreased to €15.69 million (2012: €17.79 million). The company has maintained its contribution rate at 13.3% of pensionable salary, up to a salary cap of €50,000. Since the year-end, the company have ceased contributions to the defined benefit pension plan and will replace it with a defined contribution benefit plan for its employees. Management are currently in negotiations with the company’s workforce regarding the structure of this new scheme.”

The accounts state that the number of workers at Shannon Aerospace fell marginally in 2013. “Total employee numbers were 484 in 2013, slightly down on 2012 level of 487. Direct employee levels increased by 1% in 2013, compared to 2012, most of which came through supporting the growth of the end-of-lease maintenance business. Administrative personnel reduced by 4% in the same period. This included the restructuring of the marketing and sales department, who moved to a branch organisation of the Lufthansa Technik AG Group in late 2012, in line with the Base Maintenance Division’s strategy for rationalisation and growth,”

It also claimed there has been a focus on reducing the business’s costs, “The company is engaged in performing structural maintenance checks on aircraft. No new aircraft types were added to the company’s product portfolio during the year. Higher volume and heavier maintenance events have been the main drivers of the 27% increase in revenue. Management continue to focus on reducing the cost base of the company, to allow it to compete for maintenance contracts with competitors from low-cost Eastern European countries.

“Turnover for 2013 at €71.7 million was higher than 2012 at €56.5 million. With effect from January 1, 2013, the company has entered into a pricing structure with Lufthansa Technik AG, based on a cost-plus model. Operating expenses reduced by €0.6 million, due to the implementation of local and central cost reduction initiatives and management’s continued focus on driving down costs.”