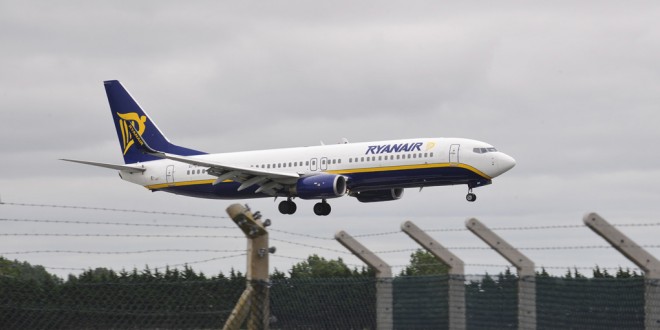 Ryanair’s announcement of a new flight from Manchester to Shannon Airport this winter, which will help boost tourism to Co Clare and the West of Ireland from the all-important British market, according to Tourism Ireland.

Niall Gibbons, CEO of Tourism Ireland, said: “Today’s announcement is more good news for tourism to the West of Ireland this year. We already work very closely with Ryanair and we look forward to co-operating with them to maximise the promotion of this new flight to Shannon. As an island, the importance of convenient, direct, non-stop flights cannot be overstated – they are absolutely critical to achieving growth in visitor numbers.”

Britain is the largest single market for tourism to the island of Ireland; last year, we welcomed approximately 3.8 million British visitors, who contributed some €1.2 billion in revenue to the economy. Niall Gibbons continued: “Great Britain is the largest market for tourism to Ireland and we are really pleased to see strong growth of +13% in British visitor numbers for the first five months of 2014. We are determined to ensure that growth continues. Tourism Ireland is undertaking an extensive programme of promotions in Britain throughout 2014, which includes a major focus on the Wild Atlantic Way. Co-operative campaigns, with key partners like Ryanair and Shannon Airport, are an important element of our programme to boost travel to Ireland.”