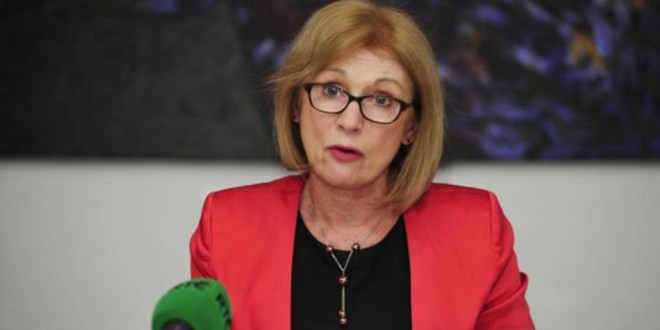 SMALL primary schools facing the threat of losing a teacher due to falling numbers have been given some breathing space this week, as a result of a decision by Education Minister Jan O’Sullivan.

Affecting schools mainly in rural parishes, new retention regulations will give a slightly improved pupil/teacher ratio in two to four-teacher school scenarios. Nationally, close on 60% of primary schools have four teachers or less.

While generally supportive of the decision to reduce the number of pupils required to retain teachers in small schools, Labasheeda National School principal, Liam Woulfe, said the change “will not greatly aid two-teacher schools”.

Following two appeals, Labasheeda was able to show that it had the required 20 pupils for a two-teacher school on September 30, 2014.

“Every bit helps but if it had been brought down by two, to a requirement for 18 pupils, it would have certainly helped schools a bit more in West Clare. I don’t know how many of the smaller, two-teacher schools are going to benefit. However, it will help the enrolment for the coming year.

“INTO president, Seán McMahon has to take great credit for this development because that has been his whole focus. This wouldn’t have happened without the pressure coming from him and the INTO. All of the small schools are very grateful,” he acknowledged.

The minister has also introduced a voluntary protocol regarding the sustainability of one-teacher schools, with reducing enrolments, who may considering amalgamating.

“What I think is most significant is that, at last, there appears to be some kind of joint proposal to get the department and management to write to schools that have less than 25 pupils and suggest to them that they should consider their options and that they would get assistance in making a decision. There hasn’t been any joined-up approach up to now. It has all been coming from the INTO. What happened up to now was that the department’s circular in 2011 squeezed the life out of the smaller schools. There wasn’t a plan. It was nearly a little bit like constructive dismissal in a company,” Mr Woulfe said.

“What we were looking for was that there would be a coming together of all partners in education between the department, parents, parents’ councils and the patronage, to make decisions for schools. This is the first time that has been mentioned by the minister. This is definitely a move in the right direction, although for the two-teacher schools, another one off that figure of 20 would be of greater assistance,” he said.

“It is a recognition of the value of retaining small schools in rural Ireland. Arising from whole school evaluation reports, there is quite a body of evidence there to show that the smaller schools are performing equally, if not above, their counterparts in the bigger schools,” Ms Noonan said.
INTO president Seán McMahon said the measures would help to sustain a network of required small schools, especially in rural areas.

“This is going to impact on hundreds of schools nationwide. About 55% to 60% of all the schools in the country are schools of four teachers or less. The dilemma for the last three or four years has been the ongoing pressure on those schools, often with demographic decline and simultaneously the goalposts were being changed year after year. It was eroding confidence in the value and the functions of our smaller schools.

“What the minister has done is an extremely positive step in the right direction. The minister has created a concept of a retention figure. This isn’t something new. It existed up until about 2001. The retention figure will be, in general, three back from the appointment figure. Our three and four-teacher schools can retain a teacher at three less than they would need to appoint it and our two-teacher schools can retain a teacher at one less,” he explained.