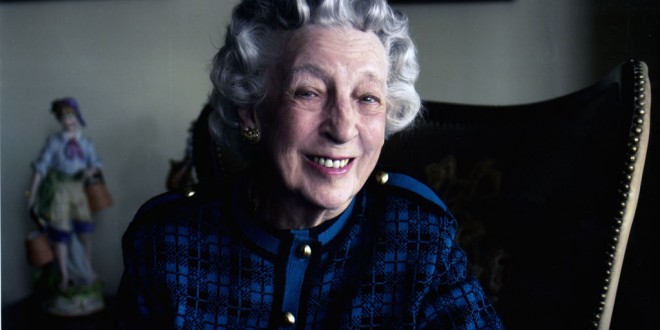 FEAKLE native Kathleen Snavely (nee Hayes) became the State’s oldest ever living person when she turned 111 and 327 days last year but, having reached her 113th birthday this week, she looks set to become the island’s oldest living person.

Annie Scott was the oldest living person from the island of Ireland. She was born in Northern Ireland on March 15, 1883, living to be 113 and 37 days, having died in 1996 in Scotland where she settled.
Kathleen was born in Garraun, Feakle on February 16, 1902. Indications are that she is in good health, so she looks set to make history once again on March 24 of this year, which would make her the oldest person born on the island of Ireland.

However, she has a long way to go to outlive the longest living person in recorded history, who was French woman Jeanne Calment, who died aged 122 years and 164 days in 1997. The current oldest living person in the world is Misao Okawa of Japan, who is 116-years-old.

Kathleen’s closest living relatives are all still on home soil, and the nearest relative to the homestead is Kathleen’s nephew, Gerard Hayes, who lives in Limerick. Gerard’s father was Kathleen’s brother, Martin.

Gerard told The Clare Champion he last spoke to his aunt at Christmas.

“She was in good form, totally lucid but a bit hard of hearing, which makes phone conversations difficult. My daughter was in America in November 2014. She called to see Kathleen and they had a conversation about many things and, in particular, Ireland and Feakle long ago,” he said.

Kathleen also has nephews and nieces still in Ireland; Gerard Hayes’s brother, Paddy, lives in Meath and his sister, Helen, lives in Dublin. His late uncle Pat also had three children; his son, Ken, lives in Dundalk; his son, Frank, is in Dublin and daughter Patricia lives in Carrick-on-Shannon.

Regarding the milestone Kathleen has celebrated this week, Councillor Hayes said, “We’re delighted that she’s reached the phenomenal age of 113 and it is something that we never expected, to be related to someone who is 113”.

At Monday’s meeting of Clare County Council, it was agreed to write to Kathleen to send on the council’s best wishes to her on her milestone birthday.

“It’s a historic thing for the people of Clare and the people of Feakle and her own family that someone has reached that milestone. Our family are delighted to be related to her and I would love to visit her sometime. In the organisation I’m involved in, Cuimhneamh An Chláir, we would love to document her memories. With the celebrations for 1916, her memories around that time would be fantastic as well, so we hope that she continues in good health. Even if we were to just write to her to get her thoughts on it, that would be very important to have them,” Councillor Hayes said.

Kathleen was born to parents Patrick and Ellen (neé Moroney) Hayes on February 16, 1902. Her father was a publican and farmer in the village. She had two sisters, Lena (known as Eileen) and Anna May and two brothers, Martin and Pat.

She left Ireland’s shores as a young woman of 19 in September 1921, departing from Queenstown, now Cobh, aboard the Scythia and arriving on Ellis Island on September 30, 1921 according to the ship’s manifest.

She was travelling to her uncle Jeremiah Moroney, who lived in Marcellus Street, Syracuse, New York. It is understood she travelled over with another person from Feakle, whose name is not known, but that person was going to America to their brother Denis Tuohy, who had a Bronx address in New York.

While in Syracuse, she met and married Roxie Rollins and together they set up Seneca Dairy, a successful retail business specialising in dairy products such as milk, cream and ice-cream. They didn’t have any children and Mr Rollins died in 1968, aged 66.

Kathleen remarried when she was 64 or 65, this time to lumber businessman Jesse Snavely, who was from Pennsylvania.

Although she has no children of her own, Mr Snavely had three children from his first marriage and it is understood that Kathleen maintained a connection with them over the years.

Following the death of her second husband, it appears Kathleen returned to Syracuse in 2000 and remained living independently until she was 104, before moving into a healthcare facility called the Centres at St Camillus, where she now resides.

A spokesperson at Syracuse University confirmed that Kathleen donated a seven-figure sum to the university in memory of her first husband Roxie Rollins. The funds were used towards the construction of a new school of management building in 2000.

She also pledged €500,000 to the University of Findlay in Ohio, which her second husband, Jesse Snavely, had an association with. 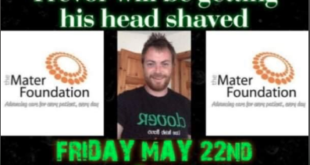