Home » News » Miltown Teamster honoured in the US 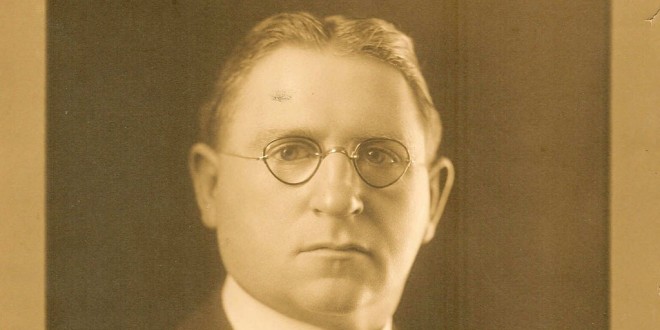 Miltown Teamster honoured in the US

MILTOWN Malbay’s Dan J Tobin was inducted into the International Labour Hall of Fame last week.
Dan emigrated to the USA in 1890 with his brother. He was responsible for founding the Transportation Union in the USA, which became the famed Teamsters. The award was accepted by his grandson, Vincent Tobin on his behalf.
Vincent is finishing a book on Dan’s life at present. Dan was the son of John Tobin (weaver and shopkeeper on Main Street, Miltown Malbay, formerly of Torr) and Bridget Kennelly of Leeds, Miltown Malbay. He was born on April 3, 1872 and emigrated to Boston, aged 18.
His cousins, from his mother’s side, still reside in Miltown. The unrest in Ireland at the time he left, and the social injustice he experienced, gave Dan a great sense of social justice and a determination to fight for the rights of the working man, who at that time was badly treated in the USA.
Dan’s father was one of the boycotters of Moroney landlords in Miltown Malbay in 1887 and was jailed subsequently with others. Dan currently features on the college curriculum for many business students in the USA.
There have been claims that Dan Tobin was not strong enough in dealing with possible corruption. His grandson, Vincent Tobin, says this claim may have some grounds.
“A potentially valid claim is that he may have turned a blind eye to corruption or not been forceful enough in cleaning it out. By far the best and most thoroughly researched book on the subject is David Witwer’s extensive history on Teamster corruption and in it he says that such criticisms of Tobin ‘may have some merit but overall they do the union’s leadership an injustice…Tobin and his colleagues persistently tried to police local unions, at times making tough political decisions in the interest of reform’.”
The size of his estate is explained by his rather significant union salary and by the fact that he was an astute investor. In the early 1920s he began buying stock in the Gillette Company, a South Boston institution where many of his friends worked, and he kept buying it whenever he had some money. Warren Buffett bought the same stock many years later.
“He would be amused at the contention that he was a close friend of John L Lewis. He respected Lewis but he viscerally distrusted him and he spent most of the 1930s and 1940s trying to make sure Lewis did not gain control over organised labour,” Vincent revealed.