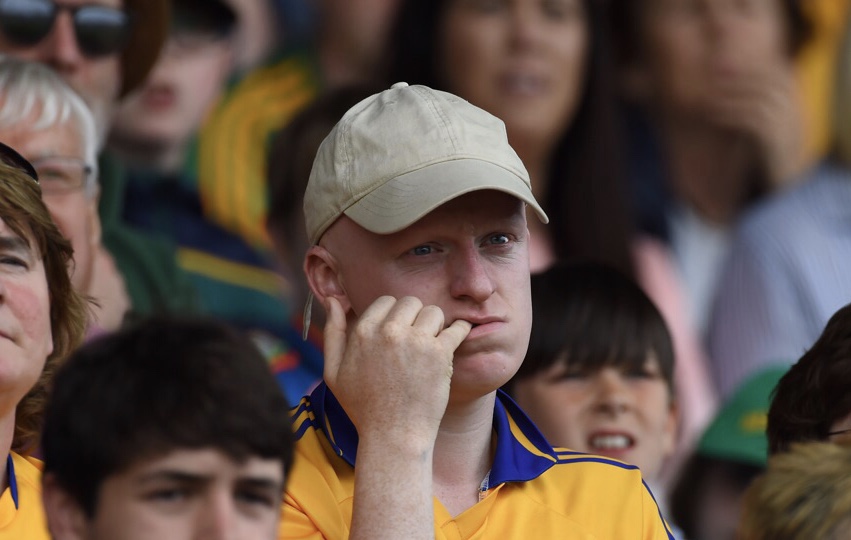 Nail biting moments for one Clare fan as it gets to the end of their Championship Qualifier Round 4 game at Portlaoise. Photograph by John Kelly

Heartbreak for Clare As Meath March On To Super Eights

Clare suffered an agonising loss to Meath in the fourth round of All Ireland SFC Qualifiers, with the Royals taking a 2-16 to 1-18 win in Portlaoise.

In a first half that allowed little time for breath, the sides were level on six different occasions, including at the half-time whistle.

Meath looked to have stolen a vital march when Brian Menton slammed home a scrappy goal right on the 35th minute to put his side 1-9 to 0-10 ahead.

The response from Clare was immediate, with Gordon Kelly raiding from corner-back to kick a vital score before Jamie Malone arrowed over his fourth of the half to restore parity at 0-12 to 1-9.

Meath had Mickey Newman to thank for the lion’s share of their first-half tally as he landed 0-5 with all bar one of those coming from placed balls.

David Tubridy was central to the Clare challenge once more with 0-3 for him in the first period including two from frees.

Meath dominated the opening period after the restart, outscoring Clare 1-4 to 1-0 by the 45th minute.

Gavin Cooney’s goal came after Cian O’Dea played a dangerous ball to the square and the Eire Óg man got a fist to just get the ball over the line.

That came after the opening two points for Meath, but the hammer blow came with Newman’s goal straight after Cooney’s.

They added two more points unanswered to move 2-13 to 1-12 ahead in what was a crucial period.

Cathal O’Connor cut the gap to three with a fine score from distance with 15 minutes to go, and Clare welcomed back Dermot Coughlan off the bench for his first appearance since suffering a serious ankle injury against Armagh in the National League.

It was Coughlan who set up Tubridy to reduce the gap to two, but Meath hit back with a free to lead by 2-14 to 1-14 with less than 10 minutes to play.

Eoin Cleary’s free brought it back to two with five to play but a big let off came when Meath squandered a one on one goal chance with the ball going wide from close range.

Cillian O’Sullivan and David Tubridy swapped points as the tension ramped up, with another from Meath pushing them three ahead in injury time.

A late David Tubridy free gave Clare hope, and Coughlan cut the gap to one but it proved to be the last action of the game as the final whistle brought the curtain down on Clare’s bid for the Super Eight’s. 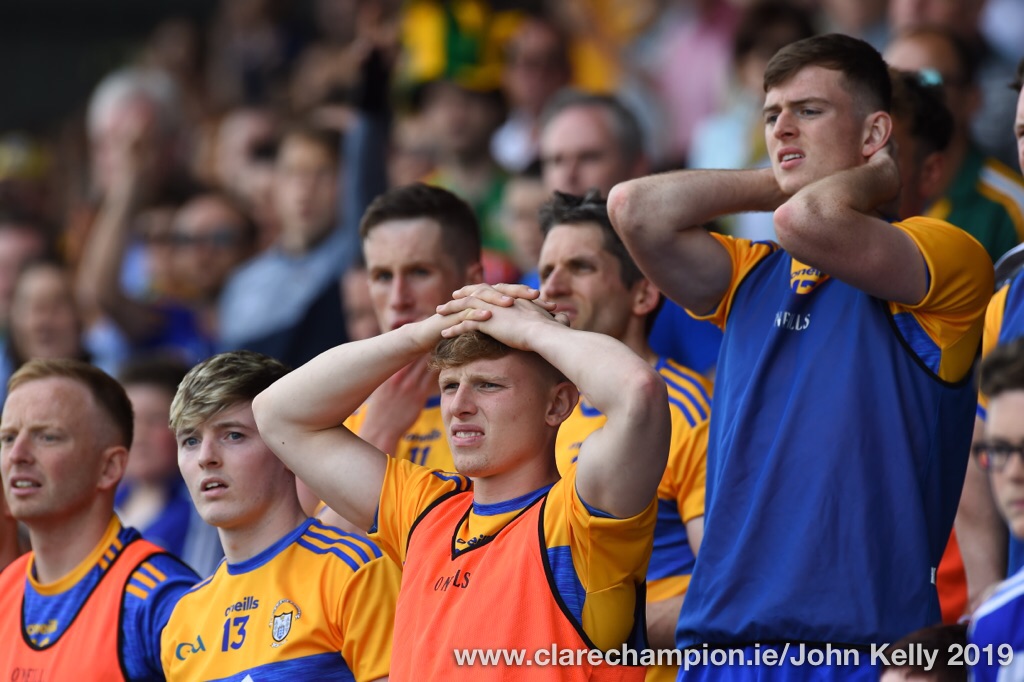