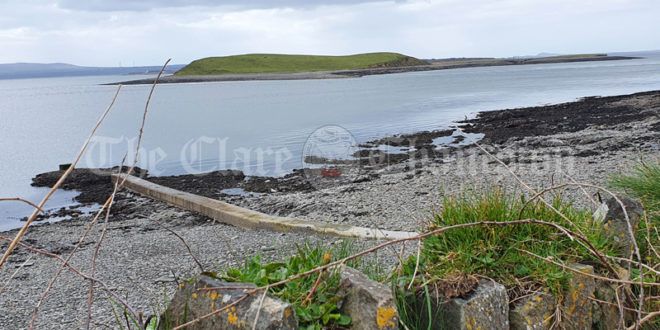 The decision by Fianna Fáil and Fine Gael to sacrifice the long awaited €500 million Shannon LNG project to secure a coalition with the Green Party has been welcomed by environmental groups including Futureproof Clare.

Criticism of the proposed Shannon Liquefied Natural Gas (LNG) terminal near Tarbert had intensified in recent months, with celebrities like Cher and Mark Ruffalo speaking out over its proposed use of fracked gas.

US company New Fortress Energy were promoters of the terminal which would have been the first of its kind in Ireland.

Futureproof Clare has welcomed the commitment to scrap the Shannon LNG terminal project and to ban the importation of fracked gas in the proposed Programme for Government, ‘Our Shared Future’.

“The ban on all new offshore gas and oil drilling in Ireland’s waters is revolutionary in its commitment to leave fossil fuels behind as we transition to a low-carbon society and economy. Ireland would become the first country in the world to ban fracked gas imports,” explained Anne Marie Harrington of Futureproof Clare.

“This is a very welcome development. We have put a lot of work into opposing the Shannon LNG terminal due to the impacts it would have on our climate and environment as well as on the communities in the US who are being devastated by the fracking industry,” she added.

On the programme for Government she accepted there were some good proposals relevant to Clare, including the retrofit of homes, measures to support community energy and the ending of Direct Provision.

“The transport options appear better suited to cities but hopefully the budgets proposed for cycling and walking infrastructure will be used by Clare County Council to build on the measures introduced with Covid-19, which prioritise pedestrians and cyclists in Ennis, with a view to bringing measures into other centres of population. This could also enhance the visitor experience and boost tourism” she maintained.

Ms Harrington also welcomed the commitment to an average annual 7% reduction in overall greenhouse gas emissions from 2021-2030. However, she said “is not very robust and leaves too much scope for inaction especially during the term of the 33rd Dáil.”

“The plan is to count agricultural emissions within the 7% annual reduction but details on measures to tackle them are scarce within the programme. The next Common Agricultural Policy may be the reason for this as it will include measures to help agriculture transition towards lower emissions and high nature value farming,” she added.

Her views were shared by Theresa O’Donohoe of Futureproof Clare.

She said, “public participation will be essential to deliver on this programme successfully. Citizen engagement in the climate crisis has made its mark. Social movements such as Fridays For Future, the student marches and Extinction Rebellion have played a major role in keeping climate on the public and political agenda.

“Clare residents have been very involved in these movements, locally and nationally. We should be very proud of our engaged citizens and dedicated activists especially our young people. The government must now ensure that all voices are at the table to participate in the implementation of this programme”.

Previous Works To Get Underway Next Week On €40,000 Investement At Spanish Point Golf Club
Next Councillor Paul Murphy “honoured” to be elected new Mayor of Ennis