Home » Sports » Works To Get Underway Next Week On €40,000 Investement At Spanish Point Golf Club 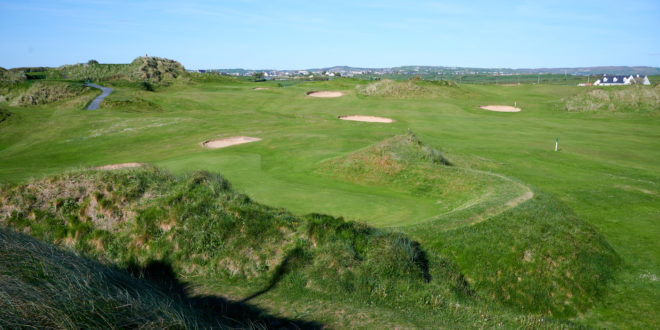 Works To Get Underway Next Week On €40,000 Investement At Spanish Point Golf Club

Works are set to begin next week on a €40,000 investment at Spanish Point Golf Club.

It will see the installation of a new short game area incorporating a chipping and putting facility which is expected to take six months to complete.

It is the latest positive news story for the West Clare club which has seen a rise in its membership figures for 2020 despite the Covid-19 crisis, while also attracting new overseas membership for the coming year.

Club PRO Mervin Hehir outlined how the initial idea for the project first came about.

“We wanted to develop something for the community which was affordable and accessible for the people of West Clare. It is something that you can do with the children for an hour if you want and it means you don’t have to go out on the course fully. One of our biggest success stories over the last few years has been our junior programme. We are working with various professionals to teach the game to the younger contingent and they can come in to this new area to do that before going out on to the course. We also have had good success down through the years with various teams but we always felt that we did not have enough practice facilities for them to take that next step. It will be a facility that everyone can enjoy and come to be part of. We also have a link with Spanish Point secondary school and we are trying to develop golf as part of their Transition Year programme, so they will be able to come down and use this facility once it is completed” he explained.

2021 will be a special year for Spanish Point Golf Club as it will mark 125 years in existence. Hehir, who was club captain in 2019, is hopeful of further growth in the future.

“We are planning to break ground on the project next week and get it started. Next year is the 125th anniversary for the club which is a significant milestone so we hope to officially open our new facility as part of those celebrations. It is a good news story for West Clare” he remarked.