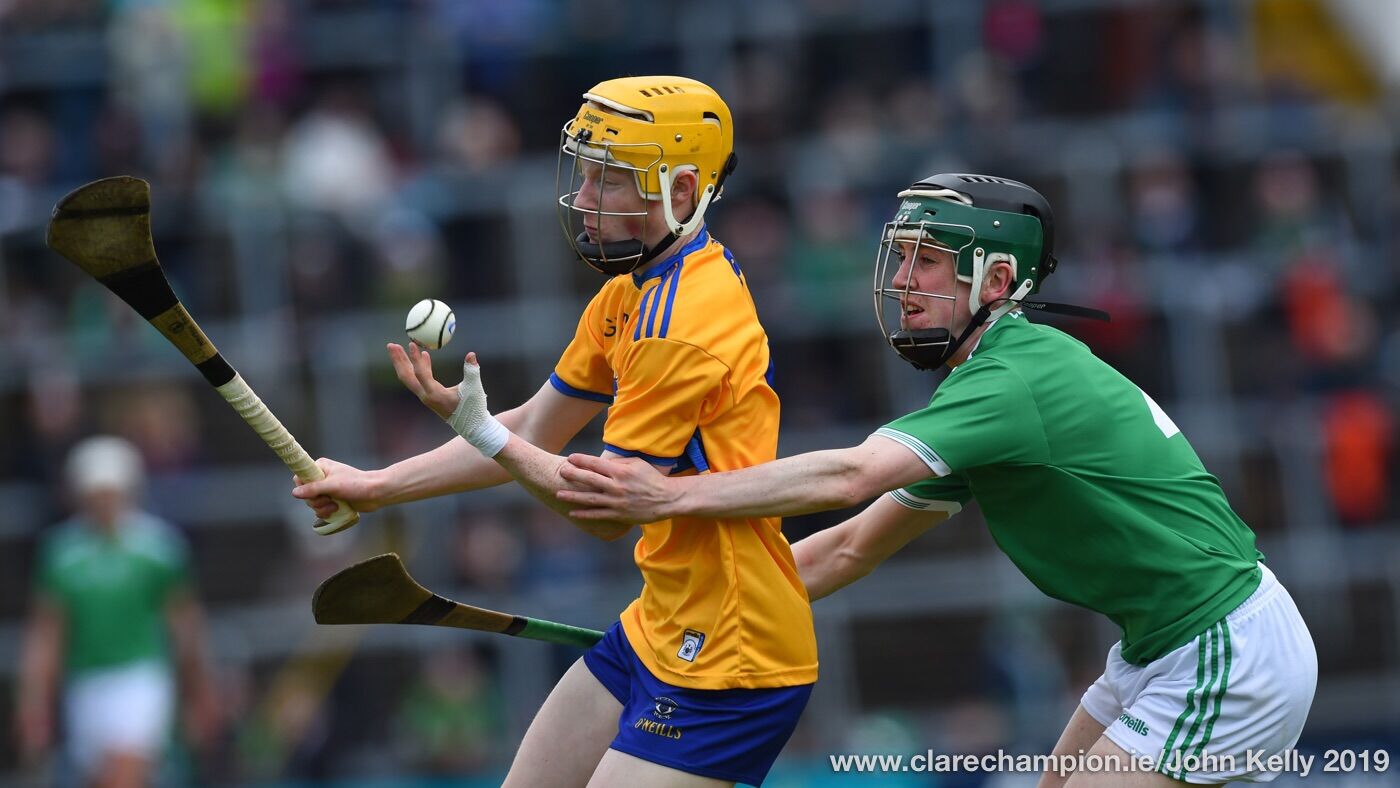 Shane Meehan in action for the Clare minor hurlers against Limerick in the Munster Championship. Photo by John Kelly

A late Clare surge was not enough to prevent a first loss of the Munster MHC campaign as Limerick took victory by 0-16 to 0-13.

Limerick were largely in control in the opening half, and hit the first three scores without reply to establish early dominance.

That lead was extended to 0-6 to 0-2 with ten minutes to go to the break, as a trio of impressive scores from Cathal O’Neill kept the Shannonsiders in the ascendancy.

Clare had a goal chance sniffed out when Conner Hegarty’s shot was blocked and scrambled clear, with Limerick firing over a score in reply to keep their four point lead.

A Keith Smyth free and a brilliant angled effort from Shane Meehan cut the gap to two as injury time began, and Cormac Murphy measured his shot to perfection to see just the minimum between the sides.

Meehan and Smyth opened the second half scoring to give Clare the lead but O’Neill and Adam Murrihy led the Limerick comeback as they hit a trio unanswered to go 0-11 to 0-8 ahead at the end of the third quarter.

Shane Meehan took his tally to 0-3 to cut the gap once more but the impressive O’Neill knocked over another free to keep Limerick three points clear.

With 55 minutes on the clock, Limerick led 0-14 to 0-10, with the lively Meehan flashing a shot across the Limerick goal.

Scores from Smyth and Dylan Downes made it a two point game with as minutes left on the clock, and Cian Galvin landed a brilliant effort from out by the sideline to leave his side just one behind.

It was as close as Clare got with Limerick landing the last two scores of the game to ensure a three point win.

It means Clare must beat Cork next weekend in order to reach the provincial decider. 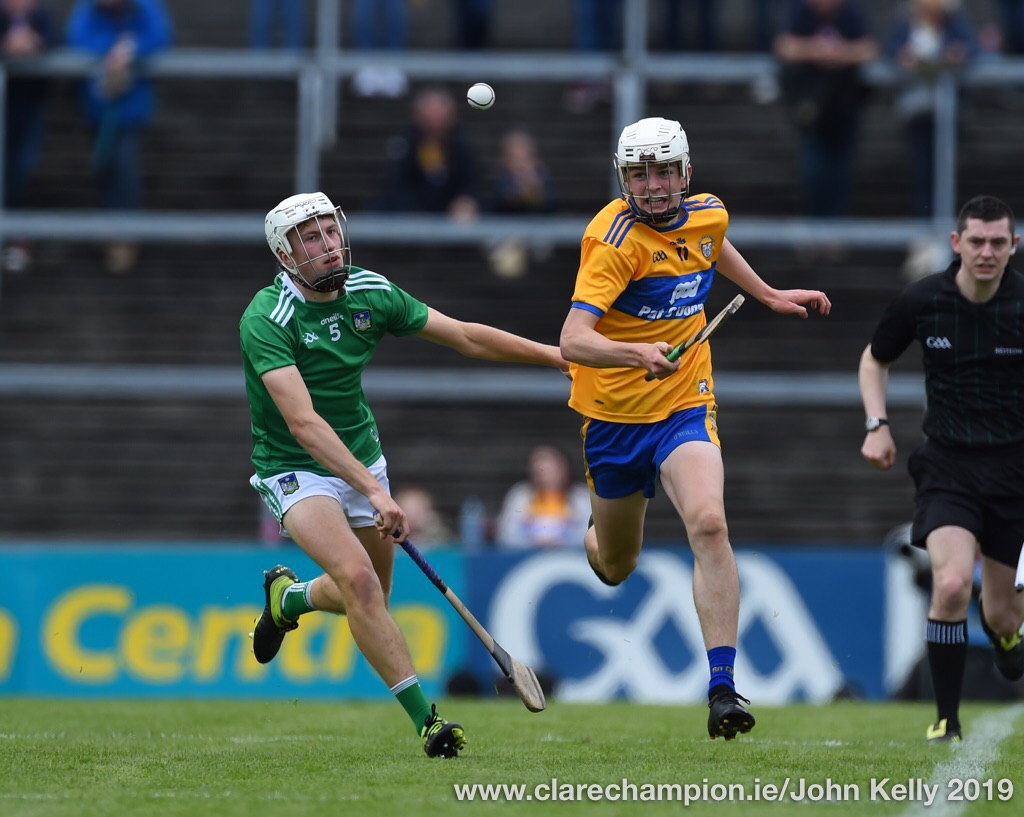