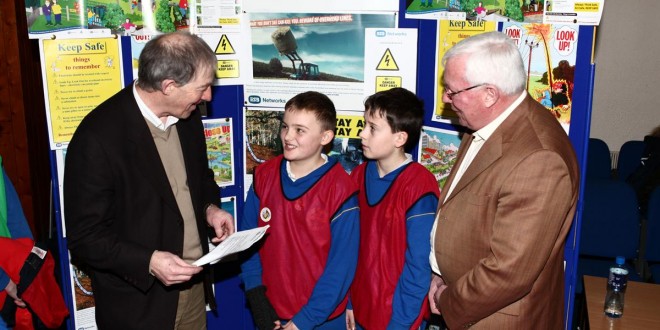 Pupils learning how to keep safe

February 16, 2014 Comments Off on Pupils learning how to keep safe

UP to 100 children attending four primary schools in Ennis learned the importance of staying safe this week. The pupils of Ennis Educate Together, Ennis National School, Gaelscoil Micil Chíosog and CBS Primary School attended a ‘Keep Safe’ event at Cois na hAbhna which was hosted by the Health and Safety Authority and facilitated by Junior Achievement Ireland. The ‘Keep Safe’ involved a range of state agencies and organisations coming together to deliver a programme, directed at fifth and sixth class pupils, and aimed at promoting safety and community awareness through involving the children in a series of interactive scenarios. Sean Hyde, Senior Inspector with the Health and Safety Authority said the event is really useful because it teaches school children about safety both inside and outside of the home. “The children come to these events, with their teachers, and get a chance to learn from a wide range of agencies in a fun and interactive environment.,” he said. The … 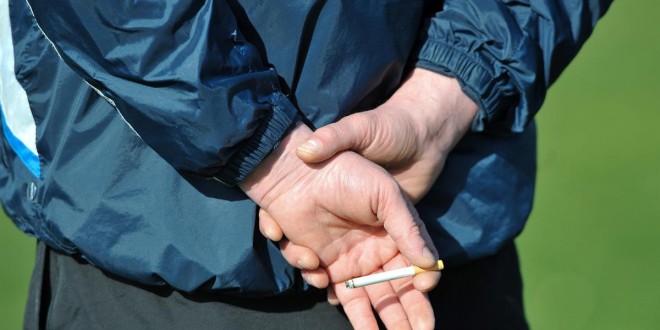 The other side of smoking

February 16, 2014 Comments Off on The other side of smoking

By Owen Ryan YOU may not have heard of Forest Éireann before, a group that labels itself ‘The Voice of the Smoker in Ireland’. Representative John Mallon is currently touring the country to fight against plain packaging for tobacco products and when he came to Ennis on Tuesday, he introduced some of his arguments, some of them rather bizarre, to The Champion. At one stage he likened the treatment of smokers in Irish society to that of Jews under the Nazi regime, while he made some claims about the role of smoking in cancer which wouldn’t tally with the views of experts. Forest Éireann receives funding from tobacco companies, which is hardly surprising given some of his comments, but he says he doesn’t personally benefit from his campaigning and isn’t an employee of the group. He took up the cause around the time that the ban on smoking in the workplace was coming in. “Back in 2003 I was sort … 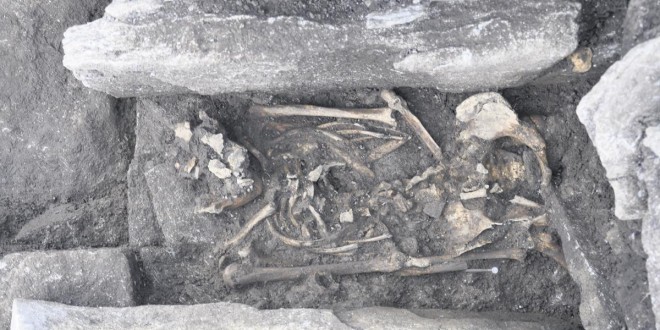 February 16, 2014 Comments Off on Mixed traditions in Burren burials

EXCAVATIONS at Caherconnell are revealing some interesting practices undertaken by Ireland’s early Christians, according to Dr Michelle Comber, director of The Caherconnell Archaeological Field School at Carron. “It is traditionally accepted that Christianity arrived in Ireland some time before the middle of the fifth century AD. You might be forgiven, then, for assuming that Christianity and Christian practices could be found throughout Ireland within a century or two of this date,” she said revealing that recent excavations by the Caherconnell Archaeology Field School are proving otherwise. “It was discovered in the summer of 2013 that Caherconnell cashel or ‘caher’ (a circular drystone enclosure containing dwelling houses and other domestic structures) had been deliberately constructed over the top of an earlier burial mound. This small mound covered two limestone cists. Although disturbed at one end, their contents were still present. The smaller of the two cists contained the remains of a young child, between one and two years of age, and … 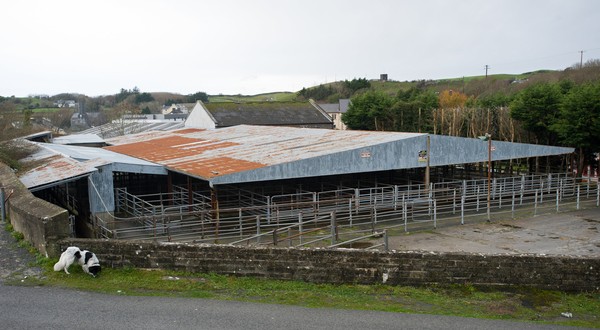 February 15, 2014 Comments Off on Aldi would “displace” existing jobs

By Dan Danaher THE development of an Aldi outlet in Ennistymon would result in job losses in local shops, a local supermarket manager has claimed. Supervalu manager, Jackie Crowe told a public meeting organised by Ennistymon IFA it would take 15 people to run a new Aldi store, which wouldn’t result in any new jobs as they would simply be displaced from Supervalu and small shops in the locality. She insisted the population in the Ennistymon catchment area is not big enough to support a large discount store and existing shops in the locality. At the meeting, which took place two days ahead of the announcement of the mart being sold, Ms Crowe  revealed the local Supervalu store paid out €1.4m in wages last year to 70 staff, as well as €400,000 to small independent producers in North Clare. She told the meeting Supervalu paid out  €17,000 in sponsorship to local clubs and charities. Since Supervalu moved to Church Street five years … 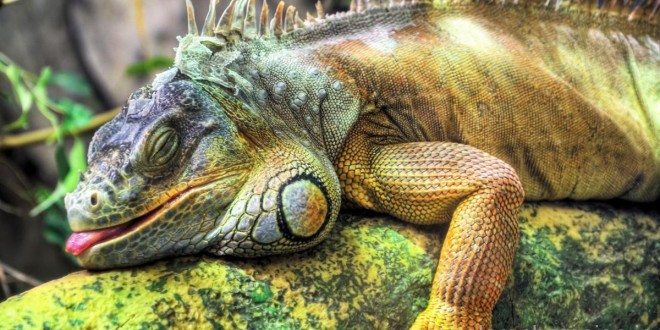 Dogalogue with Bev and Daisy

February 15, 2014 Comments Off on Dogalogue with Bev and Daisy

Reptiles difficult to keep THINK very carefully before buying a reptile as a pet. Have you decided on the species of reptile that you want to keep? Read as much as possible about the different species available and talk to some local herpetologists and other keepers. Find out if there is a reptile club in your area that you can ask for advice. Take into consideration the space you have for the vivarium, the animal’s home, and how much you can afford. A good set-up for a small animal can be around €200 to 300. Many factors come into consideration; snake, lizard or amphibian? What size will it reach as an adult? Will it need high humidity or dry desert conditions? What size should its vivarium be? What do you feed it?  Where can you buy good quality food for it? Start small, get used to having a small animal and get used to the equipment you will need. Some … 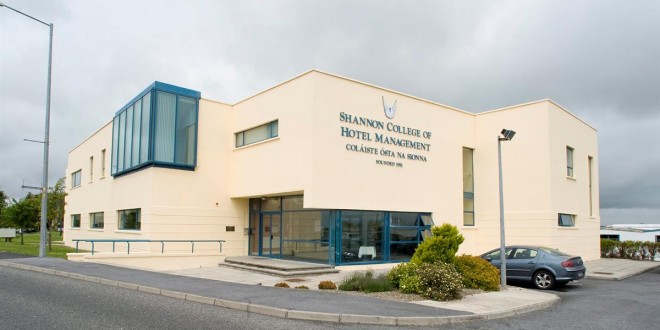 A TEAM of students from the Shannon College of Hotel Management won gold at the Chef Ireland competition at the Hospitality Expo in the RDS last week. Over 200 entries were received by Chef Ireland for the 11 categories of culinary competitions for senior professionals and junior chefs. It is one of the largest and most prestigious national competitions for professional chefs in Ireland and it attracts entries from leading restaurants and hospitality establishments around Ireland. The Shannon College team included David Wallace from Bunratty and his team-mates Peter Searle (Kerry) and Tracy Deane (Carlow). The students were coached by lecturers Andrew Langford, Chef Sarah Ryan and Chef Sean T Ruane, who mentored the students throughout the preparation and training in the weeks leading up to the competition. Ms Ryan said the competition is quite an intense event. “The Cook Serve event is a 90 minute high-pressure competition involving a team of two chefs and a server who plan, prepare, … 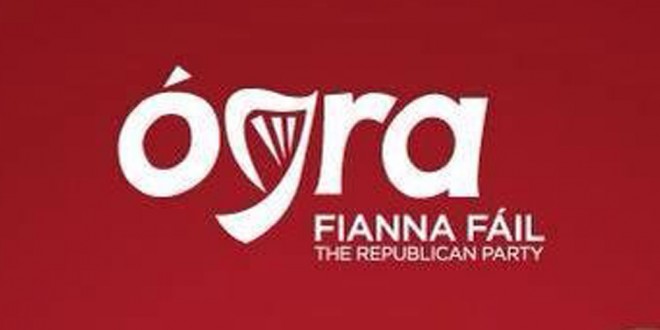 February 9, 2014 Comments Off on Killanena woman changes her life

IN 2011 Killanena woman Anna Moroney grabbed the bull by the horns and joined Weight Watchers to try to and do something about her weight. The 24-year-old teacher was then 21 and weighed 26 stone 25 pounds. Her decision to lose weight was arrived upon following an incident on a night out. “I was working at the time in New Look in Galway and I was out, enjoying myself and having a ball. My friends were chatting with a few guys and one of the guys pulled me aside and said to me ‘what are you doing to yourself?’ “I would have got comments before about being overweight and being a whale, hideous comments, some really horrific ones but they would always have bounced off and wouldn’t have any impact. But this guy, he was a total stranger, just got me in the gut and got me thinking, what am I doing with myself? He said ‘you seem lovely, you …