Home » Lifestyle » A life of pain for Aoife 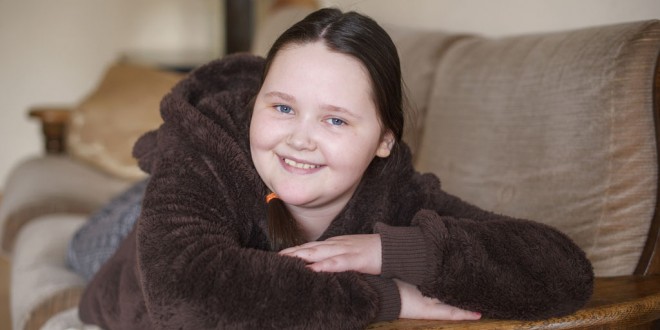 A life of pain for Aoife

AOIFE Sage longs for just one day without pain. The 11-year-old Sixmilebridge girl wakes up in the morning in pain and goes to bed in pain.

In addition to suffering from Hypermobility Ehlers Danlos Syndrome (HEDS), which involves the partial dislocation of her joints, she has been diagnosed with Chronic Pain Syndrome (CPS).

HEDS is a type of Ehlers Danlos Syndrome (EDS), which is an inherited connective tissue disorder that affects approximately one in 5,000 people. The condition can affect every system in the body leading to a wide range of apparently unconnected symptoms, including joint pain and hypermobility, chronic fatigue, gastrointestinal issues and heart complications.

With overlaps in the two syndromes, her mother, Susan admits it can be hard at times to distinguish what condition is causing her daughter the most difficulty.

“Aoife has pain every day, which varies in intensity. Some days she can’t even hold a glass of water. Sometimes when she goes to walk, her legs just buckle beneath her. She relies on a wheelchair for long-distance walking and on bad pain or ‘potsie’ days,” Susan explained.

“It is really distressing. As a parent, your whole purpose is to care for your children. Frequently I am left with a child who is begging me to help her but I can do nothing. People don’t always see how bad Aoife is and they aren’t here when she wakes in the night screaming in pain. She doesn’t look different because her pain is invisible but the suffering is huge.

“At times, she has broken my heart with statements no mother ever wants to hear from their child. EDS and its comorbidities [simultaneous presence of two chronic diseases or conditions] place a huge burden on very young shoulders.

“You feel powerless and helpless. It is a horrible place to be. It is soul-destroying. When you are young, you look up to your parents. They are the people who make everything right. I can’t make this right. I can’t take her pain away. I find this really hard,” she said.

Susan, née Nally, is native of Drumline, Newmarket. The mother-of-four, Áine (17), Eoin (12), Aoife (11) and Aodán (7), settled in Shannon after marrying Declan from the town and then moved to Sixmilebridge, where they have been residing for the last decade.

Aoife spends two hours a day at St Conaire’s National School in Shannon, where the teachers have been incredibly supportive by putting in place as many supports as possible, such as a Special Needs Assistant (SNA) to assist her and meet her needs. Unfortunately, although Aoife seems to be a very bright child, she has missed a lot of school and requires home tuition to try and make up for huge chunks of lost time.

Susan estimates they have spent more than €8,000 on treatment for Aoife to date. Further specialised treatment in the UK over the coming years could add up to €20,000.

Apart from being born with a club foot, which was corrected with physiotherapy, Aoife was absolutely perfect after her delivery on October 8, 2003. She grew up to be a very bright, sensitive, determined little girl with a wonderfully quirky sense of humour.

Her tonsils and adenoid had to be removed in 2012, after experiencing constant throat infections from the age of four. She also used to complain of weakness, fatigue and pain in her feet and back, which seemed to be due to the recurrent tonsillitis. She went downhill at a rapid rate after the operation and was complaining of constant joint pain. Her joints were clicking and she would try to walk and fall over.

While Aoife’s health deteriorated rapidly after the tonsil operation, Susan believes her daughter’s underlying problem was always lurking in the background, as she was constantly suffering from infections.

Her initial HEDS diagnosis was made by Cork consultant rheumatologist, Dr Brian Mulcahy in July 2012. It was confirmed with the addition of CPS in January 2013 by Professor Rodney Grahame of the Hypermobility Unit at the Hospital of St John and St Elizabeth, London. Professor Grahame has claimed that in the history of modern medicine, no disease has been neglected in the way EDS has.

Aoife has had to travel to the UK to meet doctors there who know more about the condition.

“Doctors in Ireland know very little about this condition and when you seek their advice, you are told to go to the UK but this is at your own expense. You are left in limbo. I have had consultations with consultants in Ireland who don’t understand what you are saying or they will try to pretend they do. We are trying to educate people as we go along but it is extremely frustrating because we want the care,” Susan said.

Members of Shannon Fire Service approached Susan last year to do some fundraising, after hearing about Aoife’s story. A car wash fundraiser held in Shannon Fire Station in October, which raised €2,900, facilitated a return to experts in London in December and January to examine the suggestion that Aoife is suffering from autonomic dysfunction.

Aoife has been diagnosed as having Postural Tachychardia Syndrome (PoTS), a form of autonomic dysfunction. This means that Aoife suffers from a whole array of symptoms, such as weakness, dizziness, blurred vision, nausea, shakiness, stomach pain, headaches, palpitations, chest pain and fainting.
Susan said it took over a year to get a public rheumatology appointment in Ireland, which she said was very disappointing.

“I came out of the appointment none the wiser. We came back from London with a list of referrals for occupational therapy and physiotherapy. The UK specialist wanted Aoife to see a neurovascular physician and an immunologist.

“Some of the testing that is done in the UK is not available in Ireland. I want the best care possible for my daughter. She deserves this; it is her right. This treatment isn’t available in Ireland. There is no cure for EDS but a person has a right to know what parts of their body is being affected,” Susan explained.

The waiting list to see a public paediatric cardiologist is approaching two years, which Susan insists is far too long for any child. Her frustration is compounded by the fact that scheduled appointments for follow-up visits have been postponed twice, with the latest one moved from January to next October.

She said doctors don’t seem to understand that Aoife’s difficulties are not just confined to her joints and aren’t equipped to deal with the complexities of either condition.

“The parent has to become an expert and try to push through a health system that doesn’t work. It is quite difficult. I am doing things that I would have never imagined,” Susan said.

Despite her difficulties, Aoife remains positive that she can get better. In fact, Susan is extremely proud of the courage and determination Aoife has shown not to let EDS define her. In addition to excellent support from family, Aoife has friends who provide her with distraction and fun on bad days.

She longs for greater public awareness and for a day when all medical professionals in this country understand just what EDS sufferers are going through on a daily basis and to understand how disabling and life-altering a condition it is.

Susan concluded by saying that Aoife would love to see a day when her mother could go into a doctor’s surgery and talk about EDS without being asked to spell the condition. 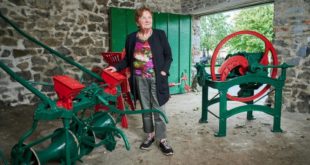 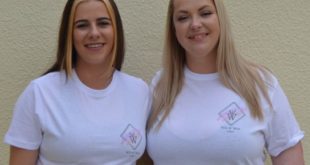