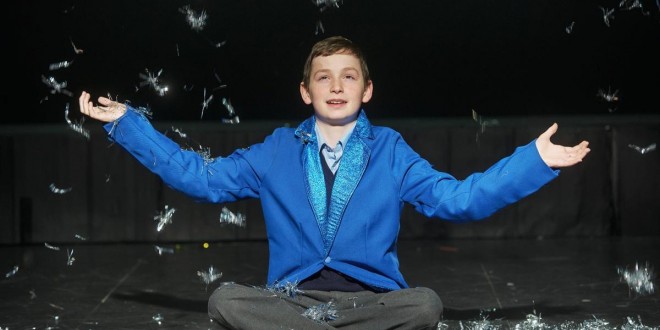 Students across Clare and South Galway are busy putting the finishing touches to their projects in the run-up to the BT Young Scientist and Technology Exhibition 2015.

From the science behind the voting in the Euro Vision to the correlation between mathematics and music, this year’s exhibition promises to be more exciting than ever with a huge range of projects on offer guaranteed to fascinate all visitors.

There was a record number of entries this year making the 51st exhibition the biggest yet. Visitors will find 1,185 students displaying 550 projects, 22 of which are Clare entries, along with four more areas packed full of science and technology exhibits.

The greatest number of entries from Clare came from Mary Immaculate Secondary School in Lisdoonvarna.

Fearghal Burke, a second year student at Mary Immaculate Secondary School, is investigating the geography of the voting patterns in the Eurovision Song Contest.

“Our school has been entering projects in this competition for a long time. As a result I planned to do a number of Young Scientist projects while I am in the school. I like geography and so decided I would like to do a project in this area. I have always had an interest in the voting pattern in the Eurovision song contest. People sometimes said that countries in certain blocks voted for each other. As a result I decided to see if this was true or not. I know that certain types of music might be popular in a certain region and this could be a reason for countries close to each other to vote for each other,” he said.

Fellow second years Isabelle Walsh and Ellen King are examining what fish species are found in the rock pools in North Clare.

“We are two second year students at Mary Immaculate Secondary School. We both have a love for the sea as we live close to it. I have a brother who is a marine biologist and an uncle with the same career. This might be because like me they grew up beside the sea in Fanore,” said Isabelle.

“Fanore has many rocky shores that contain numerous rock pools. When on these shores we have noticed small fish moving around them. This gave us the idea for this project,” she added.

Another two second year students in Lisdoonvarna Lucy O’Growney and Lara Norrish are checking if there is a relationship between the size of shell used by a hermit crab and their body size.

“We went with our year and our science teachers to a local coastal area in Doolin. We were there to study species and food chains of the seashore. While examining rock pools, we came across hermit crabs (Paguroidea). We found them very interesting because we hadn’t seen them before and we wanted to know more about them. We were also planning to enter the BT Young Scientist competition at the time. So we started to brainstorm different projects we could do involving hermit crabs (Paguroidea). That is why we chose this project,” they said.

Three national schools in Clare: Barefield NS; Ballyvaughan NS; and, St Mochulla’s NS, Tulla, will participate in the Primary Science Fair at the exhibition which will attract 40,000 people making it one of the largest events of its kind in Europe, and indeed the world.

Commenting in the Exhibition, Colm O’Neill, CEO BT Ireland said, “The BT Young Scientist & Technology Exhibition provides students in Ireland with a unique platform to meet like-minded peers, accomplished academics and industry organisations from across the science and technology sectors.  Not only can the students showcase their ideas in the prestigious competition, they can also explore third level education and career opportunities with the organisations who exhibit there.”

The Exhibition will be open to the public from Thursday, January 8 to Saturday, January 10. Tickets are available at the door.