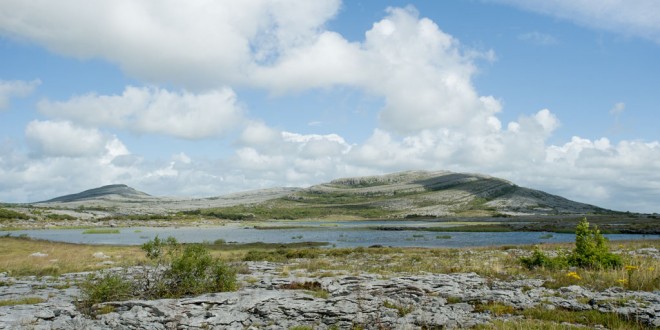 World Award for Burren and Cliffs

THE Burren and Cliffs of Moher Geopark has won a major international award, recognising it as a global leader in sustainable destination development.

On Wednesday, the Geopark was revealed as the winner of the Destination Leadership award by National Geographic at their prestigious World Legacy Awards.

The Geopark, which is managed by Clare County Council and receives support and funding from the Geological Survey of Ireland and Fáilte Ireland, won the Destination Leadership category for its tourism for conservation project, GeoparkLIFE.

The Burren and Cliffs of Moher Geopark was the only European winner at the awards, which honours tourism companies, organisations and destinations regarded as leaders in sustainable tourism best practices.

Speaking at the ITB Berlin Convention in Germany, at which the announcement was made, Mary Howard, leas-cathaoirleach of Clare County Council, said the award “is testament to the partnership approach to managing sustainable tourism in the Burren that has been developed over the years by Clare County Council, regional development agencies and the local community”.

Costas Christ, chairman of National Geographic World Legacy Awards, who visited Clare as part of the judging process, said, “There are now more than one billion international travellers, up from 25 million in 1950, and we have more ways to reach more places on our planet than ever before. The goal of the World Legacy Awards is a simple one: applaud, support and raise the bar for destinations and travel companies in the vanguard of sustainable tourism as a force to help alleviate poverty and safeguard the world’s natural and cultural treasures.”

While in Clare, Mr Christ met with a number of groups that work with the Geopark, including Ballyvaughan Community Development Croup, the Kilnaboy Historical and Heritage Group and members of the Burren Ecotourism Network.

At the awards, the Geopark was described as representing “a vibrant and successful destination-wide partnership between the private sector, local villagers and municipal authorities working together to safeguard one of Ireland’s most beautiful natural landscapes.

“The project demonstrates the power of well-planned and managed tourism to improve local livelihoods, provide a high-quality visitor experience and promote conservation.”

Ger Dollard, director of services, Clare County Council, commented, “Since 2006, Clare County Council has been working in the Burren to develop a truly sustainable tourism destination that gives direct benefits to the local community, promotes and celebrates local culture and produce, preserves the environment and provides a great visitor experience. This has been achieved with great support and partnership from local communities and businesses and the agencies responsible for tourism, conservation and local development.”
Carol Gleeson, manager of the Burren and Cliffs of Moher Geopark, said, “The recognition received from such a prestigious and well-respected organisation is a ringing endorsement of the work with our partners over a number of years.”

According to Christopher Sinclair, chair of the Burren Ecotourism Network, “This award will elevate the Burren and Cliffs of Moher Geopark as one of the leading sustainable tourism destinations. It highlights the quality, well-managed tourism products that benefit the local community, while providing an exceptional experience to the visitor.”

Global Geopark status was first awarded to the Burren, together with the Cliffs of Moher, in 2011 for their outstanding geological and cultural heritage and has resulted in the region joining a global network of more than 100 Geoparks worldwide.

The Burren and Cliffs of Moher Geopark was designated as a UNESCO site, following a vote at the United Nations Educational Scientific and Cultural Organisation (UNESCO) General Conference in Paris last November. 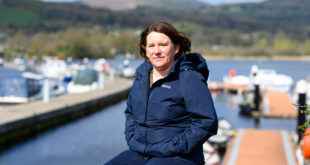