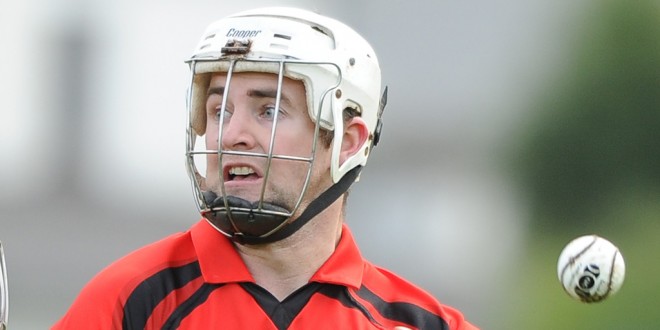 Ian Fahy of Whitegate in action. Photograph by John Kelly

NO-ONE really thinks November hurling is a great idea. It evokes images of water-logged pitches and scrappy, uninspiring matches but sometimes things don’t work out that way at all, like on Sunday, when Youghal and Whitegate produced a really entertaining clash in Sixmilebridge.

Credit is due to the East Clare side for showing great character and fitness the day after achieving their goal for 2013, toppling Feakle in the county final. On Sunday, their year looked as good as over when they trailed by 0-8 to 0-4 at half-time, Youghal having scored the last seven points of the half.

It seemed that even if the Whitegate spirit was willing, surely fatigue would make a comeback impossible. However, come back they did and with Brendan Bugler and George Waterstone shining, they were within seconds of producing an unlikely victory, before Youghal’s Damien Ring hit an immense free from his own half, which forced extra time.

Again it seemed to be advantage Youghal but Whitegate had the fitness to get through the extra 20 minutes, despite some of their players cramping up in the closing stages. In extra time they were the ones who needed a late score, goalkeeper turned forward Andrew Fahy pointing another long-range free and giving his side a deserved replay.

It went without saying that they were physically exhausted also and Considine praised them for rallying just one day after the county final. He also said they were “going to have a few pints tonight but nothing major” before training again on Tuesday.

Reports from Cork said Youghal had been slow starters throughout the year and after 16 minutes, they were 0-4 to 0-1 behind. However, they took control in the second quarter, hitting seven unanswered points before the break and developing something of a stranglehold in the middle of the field.

Yet, on the resumption, the unexpected Whitegate rally began with Ian Fahy scoring a point, followed by accurate frees from Andrew Fahy and Waterstone, which cut the gap to a point.
In the 57th minute, Colin Burke put his side back on terms and when Waterstone put them into the lead moments later, it looked like the perfect weekend for Whitegate. Fahy pointed another massive free in the 59th minute to give a two-point cushion but there were a few twists to come.

Firstly, Brendan Ring opted to take his point rather than dropping the ball in from a 50m free and with well over a minute of injury time played, that decision was vindicated, as a free was awarded to Youghal, just the right side of their own 65’. The pressure was on but Damien Ring responded with a great score, leading to 20 minutes of extra time.

After the first period, Youghal led by 0-16 to 0-15. Fahy was brought out of goals at the break and he would post another three points in the extra time, two from frees.

Youghal probably felt they had enough done when Brendan Ring converted a free in the 79th minute, leaving them a point up with time almost gone. When Barry Ring executed an immaculate block as Waterstone wound up for a point, it looked even better for the Cork men but as time ran out, Whitegate won a free in a central position just on halfway.

It was meat and drink to the dead-eyed Fahy and he drove it over, meaning his club got through the weekend unbeaten.