July 1, 2020 Comments Off on Football finalists to renew rivalry

Last year’s senior football finalists, St Joseph’s Miltown, the winners, and neighbours and old rivals Kilmurry Ibrickane will lock horns in the opening round of this year’s championship. The repeat pairing was the notable first round draw made by county board chairman Joe Cooney at Clareabbey on Wednesday evening. It is an intriguing tie given that last year a replay was required to determine the outcome. The football championship throws in the August bank holiday weekend. In hurling, kingpins Sixmilebridge face a daunting challenge in the opening round of their title defence when they face old adversaries Éire Óg. In last year’s campaign the sides met in the quarter-final where the Bridge were hard pressed to get the better of a Shane O’Donnell inspired Ennis side and in a game which could have gone either way. No doubt the Townies will be thirsting for revenge when the championship throws in on the weekend of July 24-25-26. Broafdford, who return to …

August 19, 2019 Comments Off on Round Three Hurling Fixtures Announced

August 5, 2019 Comments Off on Second Round Hurling Draws Completed

June 16, 2019 Comments Off on Brilliant Banner beat Cork but bow out

Clare 2-23   Cork 2-18 Eoghan Moloney CLARE ended their season on a high with a hard fought five-point win played during a biblical storm in Cusack Park this afternoon. Clare got the perfect start thanks to Shane O’Donnell who found the net after just 20 seconds as Cusack Park erupted with delight. Cork fought back thanks to points from Horgan and Cadogan but once The Banner found their groove, they were causing Cork all sorts of problems. Peter Duggan and Tony Kelly were massively influential, and scored 1-7 between them in the first half. The goal coming in the 34th minute when Kelly buried a blistering shot in the top right-hand corner to send Cusack Park wild once more. Three late points for Cork narrowed the gap slightly but Clare still lead 2-10 to 1-8 after an excellent first half. Cork flew out of the blocks at the start of the second half with four early points courtesy of Horgan … 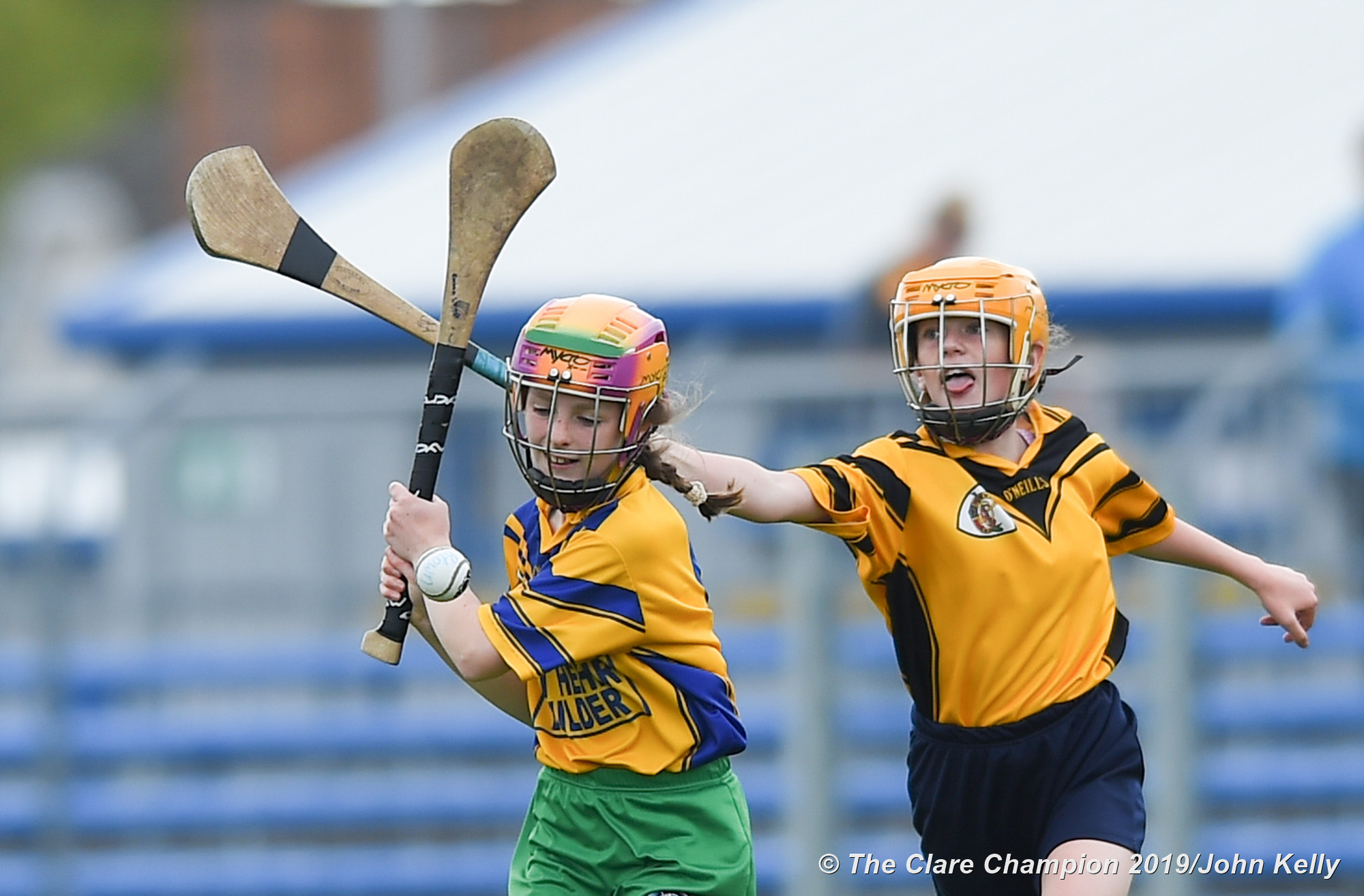 June 11, 2019 Comments Off on Great day of hurling at Cumann na mBunscol

THE first of two days of Cumann na mBunscoil finals were held in Cusack Park today (Tuesday). Here is some of the action held at Clare GAA headquarters in Ennis.

January 10, 2019 Comments Off on Tulla fall agonisingly short against Cashel

Cashel 2-16 St Joseph’s Tulla 2-14 TULLA came bitterly close to advancing to the semi-final of the Corn Thomais Mhic Choilm in a pulsating game held in St Patricks GAA in Limerick this afternoon. Tulla took an early lead through a William Halpin free and the number 12 was to feature heavily in the contest, finishing with a grand total of 1-10, and the individual moment of the game – a screamer of a goal from 30 yards placed directly in the top right-hand corner. Cashel’s own marksman, Aaron Burke, was also on point, registering 1-8 and making no mistakes from placed balls when called into action – which was often considering the charged and at time hot-headed of the contest. Burke registered the first goal of the game when Rian Quigley played a ball across the square and he made no mistake in punishing Tulla. Quigley was a constant thorn in the Tulla full-back line’s side and was probably the …