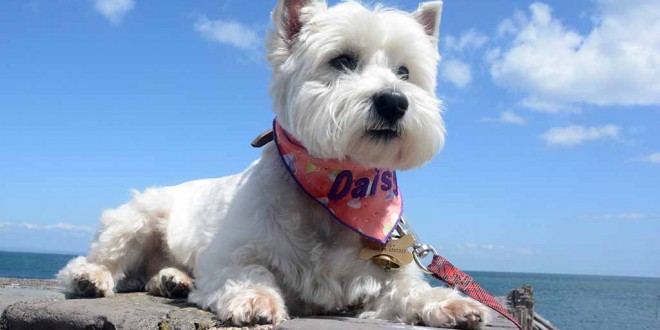 Daisy appears on ‘The Local Eye’

Episode two of the RTÉ 1 series on local newspapers will air this Thursday at 7.00pm. Over six weeks, the series follows the fortunes of three local newspapers, The Clare Champion, The Mayo News and The Munster Express. This episode sees Daisy, the ‘Champion mascot, going to Barna to get a blueberry facial and mud bath at Bubbles and Barks Dog Spa, before checking in to review The Twelve Hotel as a dog-friendly hotel. Check out the trailer below and don’t forget to tune in. 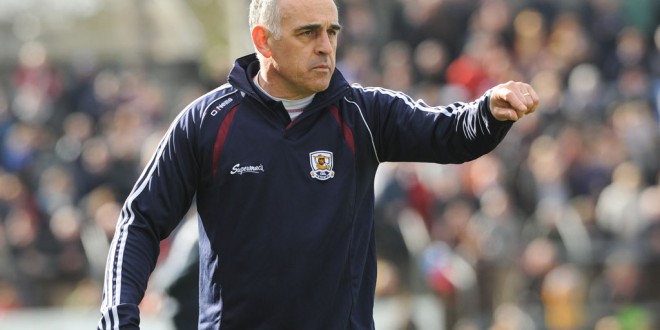 Minor win not enough for Galway

September 6, 2015 Comments Off on Minor win not enough for Galway

Kilkenny 1-22 Galway 1-18 It was another disappointing day for followers of the Galway senior hurling team when they took on reigning champions Kilkenny in the All-Ireland senior hurling final on Sunday. A full house of over 82,000 patrons flocked to Croke Park with many predicting that Galway were about to end a 27 year wait. They won the last of their four titles back in 1988. Things were looking good in the opening half at the end of which the Tribestmen were three points clear, 0-14 to1-8 and they would not have been flattered had this margin been a few points greater. It was a different story in the second half, however and once Kilkenny drew level, eight minutes after the resumption of play, they took control in the key areas. T.J. Reid delivered another top notch display and once he put them ahead in the twelfth minute of the second half, there was no looking back. With Michael … 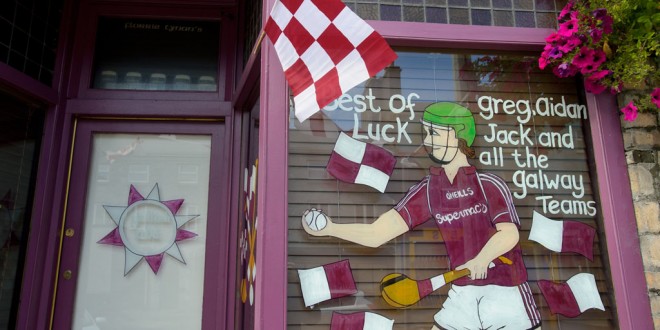 September 5, 2015 Comments Off on Galway must match Kilkenny’s intensity

THE intensity and work rate that Galway will need to beat Kilkenny on Sunday must be twice what it was against Tipperary, according to captain, David Collins. The Liam Mellows clubman said the positivity that is in the squad this year has helped him. “If it wasn’t, I would be sitting down and out and would not be playing. The depth in the squad is massive and we need that going forward,” Collins told The Clare Champion. Asked at what stage in their semi-final against Tipperary did he feel that it would be their day, he replied, “When I saw Johnny Glynn hooking Maher and Mannion picking the ball up and putting it over the bar, I said ‘this is it, this is our game, we are on the curve’. The work rate and the intensity that the boys kept bringing was superb and we need to keep that going now. “We have kept it going in training and we … 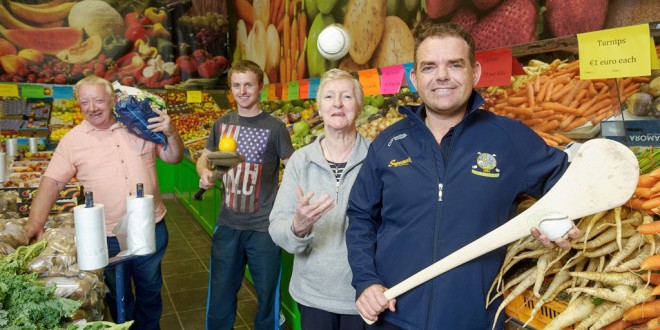 September 4, 2015 Comments Off on A wonderful time for GAA in Gort

HAVING players from one’s club involved with the county panel on All-Ireland final day heightens the interest within the club, Gort club chairman John Quinn believes but he equally holds the view that being involved in the All-Ireland final means as much to the clubs that don’t have a player on the panel. “Having club members involved creates additional interest and gives a connection with what is going on. It also creates a problem with the distribution of tickets, which is a challenge as well and it’s a nice problem to have. It is a policy in our club that members will be looked after first, in particular working members who are active in the club week in and week out. It would be the right thing to do to distribute the tickets amongst the grassroots of a club.” Aidan Harte and Greg Lally from Gort are part of the Galway senior panel this year, Jack Grealish is a member … 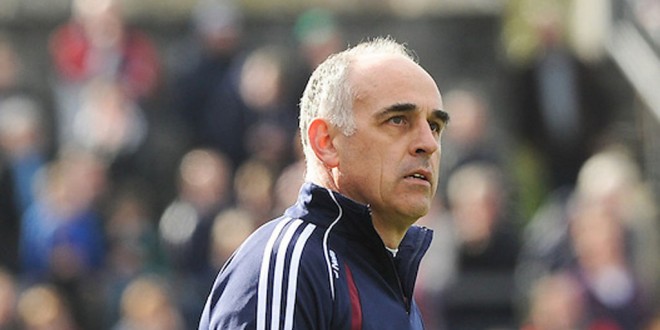 September 4, 2015 Comments Off on Cunningham believes in players’ talent

A little over 12 months ago, there were doubts as to whether or not Anthony Cunningham would be given another term in charge of the Galway senior hurlers. They had been knocked out of the All-Ireland race and some supporters were impatient but the St Thomas’ clubman, who had just completed three years in charge, clearly believed in the players. “You always want to stay with a team you believe in and I believed that these guys have talent. We have worked hard in the last three to four years in bringing the standards up. Kilkenny have led that. The work that goes into inter-county teams now and what they do on their own is massive and I am delighted to have had the chance of working with this group,” he said. Looking ahead to Sunday’s date with Kilkenny, he confirmed that the Tribesmen have no injury worries. “We came out of the game the last day [Tipperary] really well. … 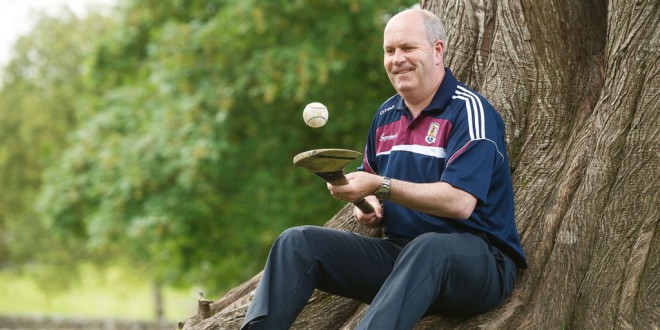 September 3, 2015 Comments Off on Contesting both finals great for Galway

Gort’s John Commins is one of a relatively small band of Galway hurlers to win All-Ireland minor, U-21 and senior hurling championship medals. He can readily appreciate what it means to be contesting both finals on Sunday. He told The Clare Champion, “It’s great for Galway hurling to be in the minor and senior finals this year. I am delighted to be involved with the minors. From the senior perspective, it’s great to be back in the final after 2012 and I am looking forward to both games”. In addition to his medals with Galway, Commins won a county title with Gort in 1983. He went on to add a Connacht medal, while he is the holder of two Railway Cup medals with Connacht. He was drafted into the Galway minor team in the early 1980s and won an All-Ireland medal in 1983. He was called up to the U-21 squad and won All-Ireland honours with them in 1986, after … 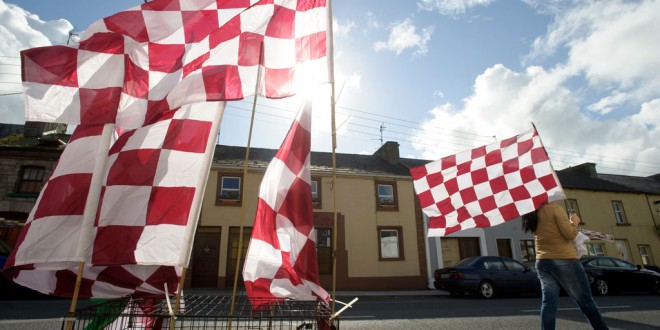 Glorious Galway must find a sweeper

August 20, 2015 Comments Off on Glorious Galway must find a sweeper

IT can be cogently argued that Galway and Tipperary have contrived to save the summer of 2015. Until Barry Kelly threw the sliotar in at 3.30pm last Sunday, the year had been pock-marked by rain, immovable layers of cloud, footballers going to ground after a bit of hair ruffling and dull hurling. The country could probably put up with most of the aforementioned issues but eyes glazing over as the summer’s hurling evolved was almost definitive proof that the season would go down as one that had nothing going for it. The Galway and Tipperary hurlers were almost the last hope and how they delivered. The 70 minutes of hurling that unfolded contained more sub-plots than a week-long viewing of Coronation Street. Under less sublime circumstances, anyone from Colm Callanan, David Burke, Cathal Mannion, Darragh Gleeson, Cathal Barrett or Tipperary substitute Noel McGrath would have had their input immortalised. Their magnificence was dwarfed however by the rapier finishing of Seamus …