Couple banned from each others bedrooms

January 23, 2018 Comments Off on Couple banned from each others bedrooms

A married County Clare couple ‘trapped’ in their own home have agreed court approved bans from each other’s bedrooms and bathrooms in the house. The grandparents are married almost 40 years and in an agreement brokered by the couple’s solicitors, the husband has agreed not to enter his wife’s bedroom and the bathroom designated for her use in the house. In return, the wife has agreed not to enter her husband’s bedroom or his designated bathroom. The couple reached the deal after the woman decided not to proceed with a Safety Order application against her husband. In evidence securing a temporary Protection Order, the woman said that the verbal abuse from her husband has been continuing for ten years and in December he elbowed her into the face. The woman said that she has taken overdoses in the past due to the stress from the abuse. She told the family law court in Ennis: “Why should I have to put …

January 17, 2018 Comments Off on ‘Morally obliged’ to disobey drug laws

A 53-YEAR-OLD West Clare man has told a judge that if he can be accused of committing a crime, it is ‘bananas, unjust and absolutely absurd’. John O’Regan of the Kilkee Bay Apartments, Kilkee made his comment before Judge Patrick Durcan convicted him of cultivating cannabis without a licence and unlawful possession of cannabis at his home on April 7, 2016. At Kilrush District Court, Judge Durcan fined the defendant €250 for the cultivation and took the unlawful possession offence into account. Mr O’Regan told Judge Durcan that because he is obliged to oppose unjust drug laws, he will not be paying the fine. He said, “Judge, you are as fair minded as they come but I am very sorry and I cannot pay the fine.” In a search of Mr O’Regan’s apartment in April 2016, gardaí found 13 mature cannabis plants. The cannabis was for his own use and the defendant told that the court that the relevant law “is unjust and all citizens are morally obliged to disobey it”. … 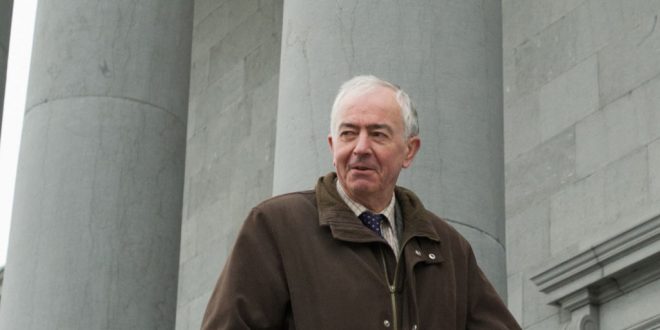 April 27, 2017 Comments Off on Two charged with criminal damage to US navy place

A VETERAN peace activist charged with causing criminal damage to a US navy plane, has revealed that as he was being arrested he handed gardaí a list of names of children who have been killed in the Middle East. Edward Horgan was one of two men arrested at Shannon Airport on Tuesday who were subsequently charged at Ennis District Court with causing criminal damage to an aircraft. It is understood that the words ‘danger, danger, don’t fly’ were written in marker on the plane. Mr Horgan (71) has an address at Newtown, Castletroy, Limerick while his co-defendant, 35-year-old Dan Dowling, has an address at Grace Dieu in Waterford City. Speaking after appearing in court, Mr Horgan said, “I believe that the list I gave to the guards had almost a thousand [names]; there were 35 pages. The total list, unfortunately, has almost one million people since 1991”. He added, “I handed it to the gardaí at the time of the …

A RECENTLY married man described as “heavily involved” with a Christian church has pleaded guilty to sexual assault and has been ordered to pay €1,000 to the court discretionary fund. The man, who cannot be named for legal reasons, appeared before Ennis District Court this week charged with sexual assault on dates unknown between September 1, 2013 and December 31, 2013. The injured party had been staying in an apartment in West Clare and as part of the arrangement, he shared a double bed with the accused. The court was told in evidence that one morning, the injured party woke to discover the accused’s hand on his penis. He became alarmed and jumped out of bed and made a complaint of sexual assault to the gardaí. The accused told gardaí that his “emotions overcame him” and that this was the first time something like this had happened. Solicitor for the accused Will Cahir outlined that his client had no previous …

March 9, 2017 Comments Off on Jail term for Ennis brothel keeper

A BRAZILIAN native who showed a “complete flagrant disregard” for the law, after admitting to charges of brothel-keeping in Ennis and Limerick, has been sentenced to a total of eight months in prison. Aulicete Camargo Walsh of Breskabeg, Clarina, County Limerick appeared before Ennis District Court  charged with two counts of brothel-keeping and one of using a false instrument. She was charged that being the tenant/lessee/occupier/person-in-charge of a premises at 18 Bank Square, Bindon Lane, she knowingly permitted it to be used as a brothel for the purpose of habitual prostitution on May 9, 2016. She was also charged with using a Portuguese driving licence, which she knew to be a false instrument. The accused was also charged with running a brothel at 6 Crosley House, Dock Road, Limerick on May 27, 2016. The court had previously heard that the 54-year-old grandmother was arrested on suspicion of brothel-keeping following a surveillance operation by gardaí. Three Romanian women in their 20s … 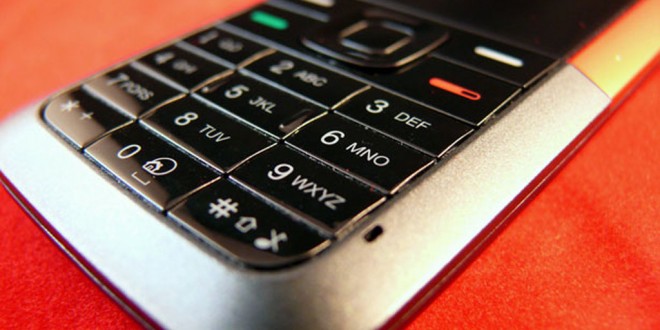 January 19, 2017 Comments Off on Brothel uncovered in Ennis estate

TWO people have appeared before a sitting of Ennis District Court charged in connection with the running of a brothel from a housing estate in Ennis. Celia Galan (40) and David Navaro (49), both with an address of 47 Drumroe, Rathbogue, Limerick are charged with living on the earnings of prostitution. The charge alleges that on July 23, 2016 the defendants did knowingly live in whole or in part on the earnings of the prostitution of another person and aided and abetted that prostitution. At Wednesday’s sitting of Ennis District Court, Inspector Tom Kennedy, prosecuting, outlined that gardaí were alerted that a brothel was being run from 5 Station View on the Quin Road in Ennis. He said gardaí followed up and both defendants were arrested and questioned in relation to the matter. He said the charges before the court “forms part of allegations they are facing”. The matter was referred to the Director of Public Prosecutions, who directed that …

A COUNTY Limerick woman has been put off the road for three years, having driven the incorrect way along the fast lane of the M18, while almost six times over the legal drink driving limit. Alexandra Kaninka of Bothar Buí, Ghleann Mhoir, Newcastle West, appeared before Ennis District Court, where she pleaded guilty to charges of drink driving and dangerous driving at Carrigoran and at Ballynacragga, Newmarket-on-Fergus, on March 6 last. Inspector Tom Kennedy, prosecuting, said the motorway has to be closed down to traffic after a number of calls were made to the 999 line of a car travelling the incorrect way along the fast lane of the M18. The court heard that the incident took place at 7.30pm. It was dark and cars had to take evasive action to avoid a collision with the defendant’s car. Garda Liam Reilly told the court that he met the defendant when he came upon her car parked to one side of …