Fianna Fáil Spokesperson on Communications Timmy Dooley has hit out at the Social Protection Minister following the issuing of a circular to all staff in his Department relating to social welfare payments. The notice states “Customer wishes should be facilitated where they choose to receive their social welfare payment at their local post office”. The Clare TD explained, “Far from actively encouraging payments at Post Offices, as is the commitment on page 48 of the Programme for Partnership Government, this circular merely outlines the options open to social welfare recipients and instructs staff to “facilitate” customer wishes. “The previous Government attempted to divert business away from Post Offices by asking social welfare recipients to collect payments from a bank rather than their local post office. These latest circulars will do nothing to reverse the damage that has already been done; they just pay lip-service to the commitment made in the Programme for Government. “This gesture by Minister Varadkar is deeply … 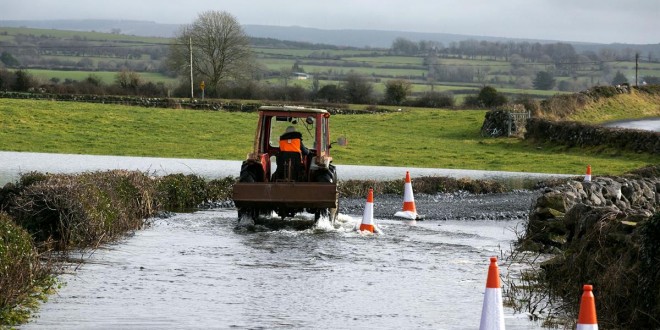 Fianna Fáil leader Micheál Martin met residents in flood-hit communities during a whistle-stop tour of South Galway and Clare on Friday. Accompanied by Clare FF Deputy Timmy Dooley, Deputy Martin stopped off in some of the areas worst affected by the recent flooding, which has left numerous residents cut off from their own homes. His tour started in South Galway where he spoke to householders in the Gort area and his itinerary included New Quay, Boston, Tubber and Springfield on the outskirts of Clonlara. According to Deputy Dooley, the Fianna Fáil leader doesn’t want to make a “political showcase” out of his visit but was anxious to show his empathy with people who have been badly hit by flooding and hear first hand their experiences. “Micheál Martin wants to inform himself on a nationwide basis about the individual situations so that FF can devise comprehensive solutions to the flooding problems, which have arisen. “Every political party needs to engage with …

November 13, 2015 Comments Off on No Roche job losses in short term

There will be no job losses in Roche’s manufacturing facility in the short term, despite yesterday’s confirmation of its shock closure over a three-year period. A company spokesperson has confirmed it is business as usual in Roche and stated there will be no redundancies before June 2016. After that time, in the event of a reduction in production of its products in its Clarecastle plant, the spokesperson explained the company would take another look at employment levels at that stage. Managing Director, Roche Ireland Limited, Gerry Cahill acknowledged Thursday was a very difficult day for all of its employees. “Clarecastle has been a significant and successful manufacturing site since 1974 and the proposal for Roche to exit the site is in no way a reflection on the performance of the people or the site. “We will do our utmost to support our colleagues during this transition,” he said. Roche has informed the Minister for Jobs, Enterprise and Innovation and the IDA of …

Taoiseach says Dooley has ‘some neck’ on housing

September 7, 2015 Comments Off on Taoiseach says Dooley has ‘some neck’ on housing

TAOISEACH  Enda Kenny has accused Deputy Timmy Dooley of having “some neck” following a dispute over their respective parties’ record on social housing. Deputy Dooley alleged the Taoiseach, Enda Kenny has a “habit of making statements, which are untrue”. “In some instances, people have come to accept them as fact. Deputy Kenny initially made the statement that the problem with social housing went back to the previous government’s time, where they didn’t build houses. That is patently untrue,” he claimed. When Fianna Fáil were in government during previous recessions, Deputy Dooley said they increased the house building programme to meet the demand and need. “It seems to me that Enda Kenny doesn’t care about this issue. He is only interested in winning the next general election and he will sail into the sunset, leaving a pent-up problem for future generations,” he claimed. However, a spokesperson for the Taoiseach said Deputy Dooley has “some neck” accusing any other party of leaving …

July 11, 2015 Comments Off on Paramedic shortage putting lives “at risk”

THE lack of 19 paramedics for the Clare ambulance service and the frequent withdrawal of the rapid response vehicle (RRV) from the county to deal with major trauma cases is putting “lives at risk”, a union has claimed. The chronic shortage of local paramedics to provide a safe service for emergency patients has come sharply into focus this week, in light of excessive overtime levels for ambulance personnel. The top 10 Clare paramedics were each paid, on average, €82,000 in 2013, to work exceptionally long hours, due to a chronic lack of ambulance personnel. This average figure is more than double the highest starting salary of €36,640 for a paramedic with over 11 years of experience. This expenditure, which included €550,385 in total overtime payments made to local paramedics two years ago, has placed the spotlight on “unsafe” levels of additional hours that are still being worked by staff, providing life-saving interventions. The National Ambulance Service (NAS) had declined to …

June 30, 2015 Comments Off on Inquiry sought on ‘ambulance breakdown’

Fianna Fáil TD Timmy Dooley has called for a thorough investigation, following reports that an ambulance travelling with a patient, who subsequently passed away, broke down on the M18 near Shannon, while en route to hospital. Deputy Dooley says the incident highlights the deteriorating quality of the fleet of vehicles being operated by the National Ambulance Service which is putting patient safety at risk. “I was shocked to hear media reports this afternoon that an ambulance broke down while transporting a gravely ill patient to hospital. First and foremost, I want to extend my deepest sympathies to the family of the man who passed away following this tragic incident. This incident has horrified communities across Clare,” said Deputy Dooley. “While it is not possible to say at this time whether the breakdown of the ambulance was a contributory factor leading to the death of the patient, it nonetheless is completely unacceptable that an ambulance rushing to hospital with a gravely ill … 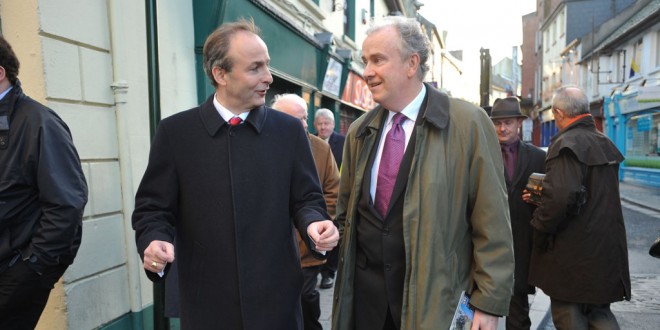 Dr John Hillery has sensationally quit from the race to secure a place on Clare Fianna Fáil’s General Election ticket. In a surprise move, the son of former President of Ireland, Dr Patrick Hillery confirmed he is withdrawing his name ahead of next Monday’s nomination deadline for the Clare Fianna Fáil’s General Election selection convention. The consultant psychiatrist confirmed he wasn’t asked by the party to withdraw from the race. Having consulted with his own political supporters, Dr Hillery decided he hadn’t enough time to mount a credible campaign ahead of the selection convention, which will be probably held next month. He criticised party headquarters for the delay in providing a definite timescale and date for the convention, which made it extremely difficult for prospective candidates with full time jobs to juggle local canvassing with work. “Candidates have a lot of work done and at this stage I felt I had too much work ahead of a possible convention in July. … 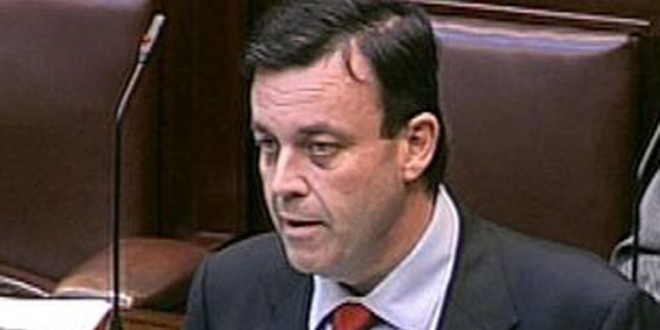 Doolin Pier to be named after Lenihan?

June 18, 2015 Comments Off on Doolin Pier to be named after Lenihan?

A CLARE TD has proposed that the local authority should consider naming Doolin Pier in honour of the late Fianna Fáil Finance Minister, Brian Lenihan. The new €6 million pier at Doolin will be officially opened this Friday by Minister for Public Expenditure and Reform, Brendan Howlin. Deputy Timmy Dooley claimed it would be a fitting tribute to the former Fianna Fáil deputy leader, in view of Mr Lenihan’s family connections to North Clare and that “he allocated €6m for the development of the pier”. Labour TD Michael McNamara said he is “open to naming the pier after anyone” but added that “promises are one thing and delivery is another”. “There was a lot of promises made by previous governments but no money. There was a promise for a new primary school in Ennis and that only came about under a Labour minister for education, there was promises made for a new school in Tulla and that is only happening …