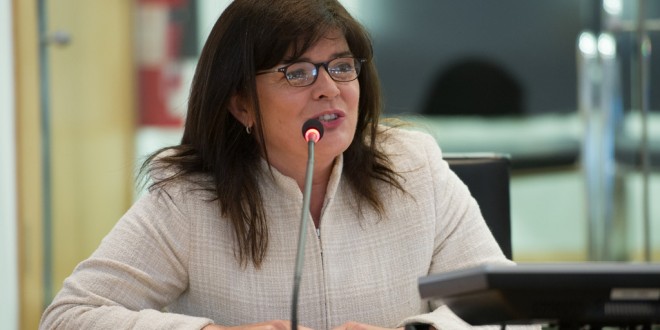 CLARE County Council has voted in favour of a motion calling for the suspension of water charges “until an honest debate on the role and future of Irish Water is held in Dáil Éireann”.

They also supported a further motion on water charges that would see their introduction suspended “until a proper fair and equitable system” is put in place and Irish Water’s capacity to deliver water services to homes and businesses is reviewed.

The council also backed a call for Government to reverse the imposition of water charges and instead use any resources available to repair leaking pipework and return the management of water and wastewater services to local authorities.

They did, however, reject a motion from the Fine Gael group recognising the legal obligation for water charges arising from EU legislation and the bailout agreement, and calling on Irish Water to attend the full council to explain its structure, functions and charging system.

Councillor Clare Colleran Molloy moved the motion calling for the suspension of water charges “until an honest debate on the role and future of Irish Water be held in Dáil Éireann”, following the controversies surrounding the organisation and until the completion of this review and a proper strategy devised from Government.

Councillor Colleran Molloy said she has earlier indicated a serious concern about the “privatisation” of Irish Water (IW) and expressed the belief that the confusion and complexities surrounding IW would be the “straw that will break the back” of the people and that it should never have been centralised.

“Many people believe that water should be paid for but, for many varied reasons, these reasonably-minded, moderate people have had enough! Their senses have been assailed over these past six years of austerity, they are at wits-end trying to keep the bills paid and the IW fiasco constitutes an attack on their central nervous system, causing those who have never marched before to march on this occasion,” the Fianna Fáil councillor said.

She noted the concerns of Fine Gael councillors as reported in The Clare Champion, including Councillor Johnny Flynn’s concern about the “management structure of Irish Water—its bonus and pay structures”; Councillor Mary Howard’s concern about Irish Water “being privatised” and that “nobody is listening to the concerns and worries” of the people; Councillor Cooney’s indication that he is “not one bit happy with the way Irish Water is being implemented”, stating that “a total mess has been made of the whole thing…and that the way they went about implementing the water rates is a disgrace and that they should have given more time.”

Councillor Burke believes, “Irish Water hasn’t communicated well enough with the public”, that people are “not happy about having to give their PPS number” and that “there isn’t enough clarity coming from Irish Water.” Councillor Keating agrees that “Irish Water may have been rushed through the Dáil without proper discussion, in relation to the costings”.

“Let us now send a clear fully collaborative message from Clare County Council on behalf of the people of Clare, to suspend all water charges until an honest debate on the role and future of Irish Water is held in Dáil Éireann and until the completion of this review allowing for a proper strategy devised from Government,” Councillor Colleran Molloy said.

Councillor Michael Begley seconded the motion and said that communications on water charges and Irish Water had been particularly unclear.

“I don’t think they are going to find their way out of this mess and they should go back to the start,” the Clonlara councillor said.

Councillor Pat Hayes called for a full and honest debate, noting that a three-hour Dáil debate wasn’t in any way sufficient to put a proper structure in place, resulting in a quango that is spending money like water.

Councillor Tom McNamara said Irish Water is mired in controversy and should be disbanded, as people had lost confidence in the company.
He also called for the provision of water services to be returned to local authorities, noting that it was Clare County Council that had invested €10 million in water quality improvements in the county.

Councillor Joe Cooney said mistakes had been made and that Fine Gael councillors had met their TDs before the meeting “to voice our opposition to some of the things going on in Irish Water at the moment. They have been taken on board and are going back to the Government”.

He said they felt a fair water charge should come in but opposed what is happening at present.

He said the message from the people is clear and people protesting every morning in pouring rain deserve great credit for their actions.
Councillor PJ Ryan said the people had spoken and that government needs to take it on board. “They want Irish Water, at the least, overhauled and maybe abolished,” he said.

The Fine Gael group amendment recognising the legal obligation for water charges arising from EU legislation and the bailout agreement, and calling on Irish Water to attend the full council to explain its structure, functions and charging system, was rejected following a vote.

The motions calling for a suspension of the charges were both passed, as was the motion from councillors Gerry Flynn, Tom McNamara, Pat Daly, Mike McKee, Ann Norton, PJ Ryan, Cathal Crowe, and Clare Colleran Molloy, which called for the for the Government to reverse the imposition of water charges and instead use any resources available to repair leaking pipework and return the management of water and wastewater services to the local authority.