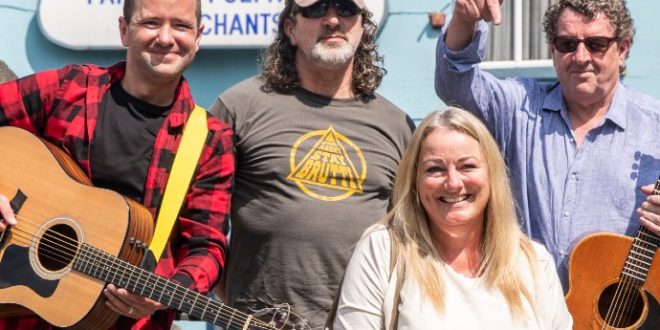 THE streets of the town have come alive to the sweet sound of music, to the delight of locals and visitors alike, thanks to musician Damien Gormley and some very special friends.

On Wednesdays and Saturdays, the Ennis singer-songwriter is bringing a lively set to the heart of the town, teaming up with the likes of Stockton’s Wing front-man Mike Hanrahan.

“When the pubs closed I had two options,” Damien outlined, “sit and get depressed over having no music, or get a live Facebook gig going. I chose ‘option two’. I have played online on Saturday nights for the last 20 weeks and have gained an enormous following, from as far away as Australia tuning in every week. It’s fantastic. The people lifted my spirits and gave me hope.”

That support inspired Damien to think beyond the lockdown and, when the economy started to re-open, he decided to get back out performing in real life. “Fast forward to Phase Two, when retail opened,” he said. “I saw an opportunity to go busking on the street and breathe some much-needed life into the town. I sought permission from [Mayor] Mary Howard – who I know for years – and she in turn organised permission from the Covid Committee. Ever since the beginning of Phase Two, I have been busking on the street every Wednesday and Saturday mainly outside Dunnes or somewhere else on O’Connell Street.”

Damien’s day job means he is limited to performing two days a week, but the opportunity has proven to be very beneficial in terms of CD sales and the general public reaction. “Even a Garda dropped €10 into the box last week and said, ‘Top class,’ and kept going.”

Damien’s sunny outlook and upbeat style proved to be a big hit, so much so, that he was approached to help promote Ennis to visitors around the country. “Mary [Howard] texted me a couple of weeks ago about making a video to promote Ennis on the larger scale online,” he said, “to encourage people to come and explore the beauty of Clare. A couple of messages were thrown back and forth and I suggested she try get Mike Hanrahan on board, bearing in mind I have looked up to the man for many years. Stockton’s Wing were playing on RTÉ, a good number of years ago, and I remember turning to my late mother Patricia saying, ‘Mam I’m going to sing a song with him some day,” to which she replied, ‘I’ve no doubt you will, love’.”

“So I got the call a week ago that Mike had agreed to come to Ennis and sing with me. It was the stuff of dreams. Last Wednesday, we recorded the video for Clare FM’s Facebook page. We sang ‘Spancil Hill’ and ‘Beautiful Affair,’ as well as ‘Walk Away’ by Stockton’s Wing,’ and a song Mike did with Ronnie Drew called ‘We had it All’. The people of Ennis gathered, clapped hands and sang along, all socially distant. I had to pinch myself a few times as I’ve worked really hard over the years to become the musician that I am, and now I’m here in my hometown playing with one of my musical inspirations. Mike’s brother John joined us on the drum, another fantastic musician. We also had three young trad musicians who were out of this world.”

With the sun also gracing Clare with its presence, Damien’s music is providing the perfect soundtrack for staycationers from the Banner and beyond.

“We are hoping to organise another performance in the near future,” he said. “For now, I’ll still be entertaining the people of Ennis on Wednesdays and Saturdays.”

Fiona McGarry joined The Clare Champion as a reporter after a four-year stint as producer of Morning Focus on Clare FM. Prior to that she worked for various radio, print and online titles, including Newstalk, Maximum Media and The Tuam Herald. Fiona’s media career began in her native Mayo when she joined Midwest Radio. She is the maker of a number of radio documentaries, funded by the Broadcasting Authority of Ireland (BAI). She has also availed of the Simon Cumbers Media Fund to report on development issues supported by Irish Aid in Haiti. She won a Justice Media Award for a short radio series on the work of Bedford Row Project, which supports prisoners and families in the Mid-West. Fiona also teaches on the Journalism programmes at NUI Galway. If you have a story and would like to get in touch with Fiona you can email her at fmcgarry@clarechampion.ie or telephone 065 6864146.
Previous Questions raised over extension of Covid powers for Gardaí
Next Deadline approaching for submissions to Killaloe plan 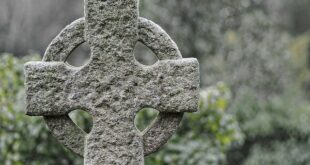