Questions raised over extension of Covid powers for Gardaí

THE Clare-based chairperson of the Dáil committee on Covid-19 has described the prospect of legislating to give Gardaí the power to break up house parties as “tricky”.

Deputy Michael McNamara called on government to make clear the rationale for new measures announced this week, which also include a reduction on numbers attending indoor and outdoor gatherings.

“What is the basis of the current measures?” he asked, adding that Minister for Health Stephen Donnelly must come before the committee to explain the government’s thinking.

In relation to the extension of powers for Gardaí, Deputy McNamara said that what was being proposed is still unclear. He also warned that Constitutional issues may arise.

“I’m unclear, at this point, as to what exactly the government is proposing,” he said. “In general terms, under the Constitution, the assumption is that a Garda is an invitee at a person’s home. The household or ‘teaglach’ is inviolable. If Gardaí are asked to leave, they must do so, unless they have a warrant. A warrant requires a judge. I’m sure the Attorney General has seen the detail of what the government is proposing, but the issue is tricky.”

The Scariff native, who is also a barrister, noted that it may be possible for the health minister to create the new Garda powers through what is known as a Ministerial Order. “Depending on what is proposed, it could be the case that primary legislation isn’t needed,” Deputy McNamara said. “In any case, neither a Ministerial Order, nor a piece of primary legislation can go beyond the provisions of the Constitution.”

The Covid-19 committee chairperson noted that Minister Stephen Donnelly has been invited to appear and is likely to do so in the coming weeks. “Because the Dáil isn’t sitting currently, it is imperative that that the minister comes before the committee and is held accountable.”

Meanwhile, Superintendent John Galvin said the force would be guided by the decision of the legislators.

“We are awaiting direction from government,” he said. “We will be guided by the decision of the Oireachtas.”

With regard to the enforcement of existing public health measures, particularly in relation to the operation of pubs serving food, the Superintendent said compliance levels in the county were good.

“We are conducting regular inspections with regard to the licensed premises that are currently operating,” Superintendent Galvin said. “There is a very high level of compliance on the part of those publicans, and their clientele, in general, are following the rules. People are well behaved and responsible, for the most part, with some exceptions.”

Following this week’s meetings of The National Public Health Emergency (NPHET) and the Cabinet, to consider the rising rates of Covid-19 infection, the government said it is to consult with the Attorney General about potential new powers for Gardaí.

These would enable them to enforce public health measures and could potentially give them to the power to curtail parties in private houses and to immediately close pubs that are in breach of the current guidelines.

Fiona McGarry joined The Clare Champion as a reporter after a four-year stint as producer of Morning Focus on Clare FM. Prior to that she worked for various radio, print and online titles, including Newstalk, Maximum Media and The Tuam Herald. Fiona’s media career began in her native Mayo when she joined Midwest Radio. She is the maker of a number of radio documentaries, funded by the Broadcasting Authority of Ireland (BAI). She has also availed of the Simon Cumbers Media Fund to report on development issues supported by Irish Aid in Haiti. She won a Justice Media Award for a short radio series on the work of Bedford Row Project, which supports prisoners and families in the Mid-West. Fiona also teaches on the Journalism programmes at NUI Galway. If you have a story and would like to get in touch with Fiona you can email her at fmcgarry@clarechampion.ie or telephone 065 6864146.
Previous Clare Underage Hurling Board Urge Clubs For Greater Compliance With Covid Guidelines
Next Sunny summer soundtrack on Ennis streets 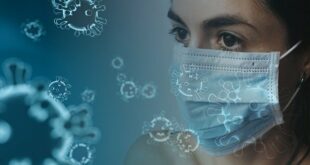