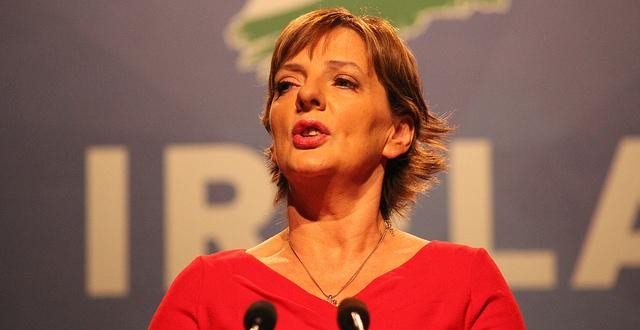 Sinn Féin MEP Liadh Ní Riada has called on all political parties, community groups, businesses and statutory bodies in Clare to work together to help negate the effects of Brexit on the county.

The Ireland South MEP was speaking at the launch of her latest discussion document on Brexit in the Temple Gate Hotel in Ennis.

The Mid-West and Brexit: The Potential Impacts of Britain’s Departure from the EU on Clare, ​​Limerick and North Tipperary examines the specific challenges that Brexit will pose for the region and lays out proposals for how they can best be tackled.

“One of the main dangers of Brexit is that it can seem so vast and like such a major international issue that people tend to forget it will have a very real impact on their lives and their communities,” she said.

“What I am am seeking to do with this document is remind people that Brexit is a local issue as well as an international one and they need to prepare for it locally.

“This issue goes well beyond party politics and so I am hoping this document will provoke a discussion around the potential impacts of Brexit on Clare and the Mid-West and in doing so spur others on to get involved in that discussion, produce their own ideas and proposals and see how we, as leaders and influencers in our respective fields, can work together to lessen its impact.

“The document does not set out to identify every potential impact, nor to offer a one-size-fits-all prescription for lessening the economic and political symptoms that may affect us over the coming years.

“It does, however, attempt to identify the most pressing and damaging potential consequences for the region, and it does set out my proposals and the proposals of Sinn Féin as an all-Ireland political party.

“Since before the referendum campaign began my colleagues and I have been working to defend Ireland’s interests and to point to solutions.

“This document gathers together some of these proposals as they apply to the Mid-West.

“I would encourage everyone in the region to read them closely, to discuss them with colleagues and partners, and to use this discussion as an opportunity to contribute to the broader discourse around sustainable economic growth and development and the Mid-West’s place in a changed and changing Ireland.”

Liadh Ní Riada has called on all political parties, community groups, businesses and statutory bodies in Clare to work together to help negate the effects of Brexit
Previous Government to ratify the UN CRPD
Next Met Éireann hailstones warning