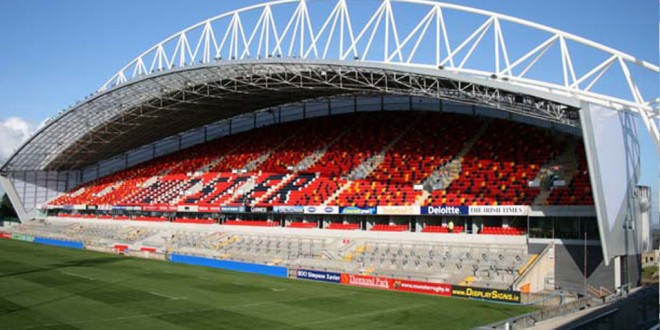 Thomond Park will host a sleep out for Simon Mid-West.

Simon sleep out at Thomond Park

The group is aiming to raise funds to support its work and it is also focusing on raising awareness of the homeless situation in the region.

“While many of the statistics that are reported in the media are Dublin-centred, we have an equivalent problem in the Mid-West. As in the rest of the country, building in the Mid-West came to a complete standstill during the recession and we are now seeing the results, which is a dramatic shortage of affordable accommodation,” Mid West Simon general manager Jackie Bonfield said.

The Economic and Social Research Institute (ESRI) notes Ireland will have to build 25,000 residential houses per year in order to cope with the housing crisis.

“Consecutive governments have relied on the building industry to provide social housing and legislated that 20% of all new developments would be set aside for social and low income families. A combination of all of these factors has led to a 32.3% rental increase nationally since 2012, while the number of properties available to rent decreased by 83% since,” Ms Bonfield added.

She pointed out research has shown that Ireland has the highest level of food poverty for children in the EU. “In response to this evidence, Mid West Simon has established food banks in Ennis, Kilrush and Limerick. As of the beginning of October, 2,400 people have accessed these food banks. The food is provided through the Foodcloud, Heart to Hand and Carambola Kidz, along with donations from the public. We know that our clients use the service as a way to save money for other bills, such as gas and electricity, mortgage repayments or rent,” she added.

Regarding the upcoming sleep out, Ms Bonfield stated, “We are asking that everyone who takes part raises up to €2,500 for the most vulnerable in our society. This year alone, Mid West Simon has worked directly with approximately 920 men, 790 women and 1,200 children. By the end of 2016, we will have had approximately 17,500 contacts with people from all walks of life, looking for support and help”.