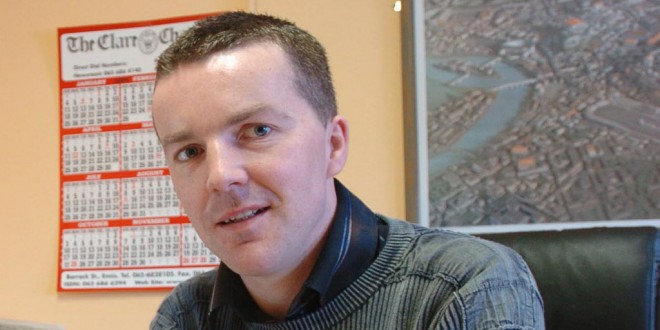 Clare Champion reporter, Peter O'Connell will be taking part in the Simon sleep out.

Simon says, sleep out in Kilrush

Almost 50 people have accepted the challenge to spend a night sleeping rough in Kilrush this Friday  but there is still room for more, according to organisers of the Mid West Simon Community Sleep Out Challenge.

Volunteers will sleep under the stars in West Clare to raise awareness and funds to support people who are homeless or at risk of homelessness in Limerick, Clare and North Tipperary.

“The event is not attempting to replicate the serious situation of being homeless but is an attempt to bring an awareness of the crisis to the forefront of everyone’s mind, for one evening,” explained Jackie Bonfield, manager of Mid West Simon Community.

“We can in no way understand the feelings of loss, vulnerability and fear that is felt by those in a homeless situation, as the participants will return in the morning to their homes and move on with their life in security. However, the fundraising efforts will go a long way to help the most vulnerable men, women and children in the region. Behind every statistics is a real person, a real story and real hardship. Unfortunately, a recent report published by the Simon Community shows, 21% of people polled, fear losing their home and 25% are at risk of becoming homeless because of difficulties with fulfilling their mortgage payments. These people are our friends, neighbours and family. We ask people to think how many pay cheques would make them become a statistic,” she continued.

Ms Bonfield is keen to point out that places remain for anyone who would like to take part in the Sleep Out. “We would welcome anyone who would like to come along but we would ask that they register. They can do so on our website, www.midwestsimon.ie. They don’t have to have the funds raised until the end of October, so that gives them nearly five weeks to hit the €250 target.”
Clare TDs Pat Breen, Timmy Dooley and Michael McNamara will be in Kilrush for the event with local councillors Ann Norton, Ian Lynch, Bill Chambers and Gabriel Keating also attending.

The Clare Champion is media partner with the Mid West Simon Community for the Kilrush fundraiser and reporter Peter O’Connell will be sleeping rough in the GAA grounds on Friday night as part of the challenge. A further two sleep outs are planned in the region, in Thurles and Limerick, on October 3, supported by The Tipperary Star and The Limerick Leader. Pat Browne of Munster Images will be filming at each of the locations, compiling documentary footage.

The Simon Communities in Ireland recently launched the national Stand and Deliver advocacy campaign. “We are asking everyone in the Mid-West to sign the letter to Cabinet urging the Government to stand by their promise to end long-term homelessness by 2016 by delivering sufficient housing,” Ms Bonfield explained.

The Sleep Out Challenge takes place from 8pm on Friday to 6am on Saturday and Kilrush GAA Club will host the Mid West Simon Community coffee day and pop-up charity shop in the clubhouse from 11am on both days. Donations of buns, cakes and treats for the coffee morning can be dropped off at the clubhouse from 9.30am on Friday morning.

“Why not pop out during your breaks to support the fundraising efforts and have a browse at the bargains on offer in the pop-up shop. If you have any donations of clothes, shoes, accessories, toys, or bric-a-brac, you can drop them on the day or contact us on 061 608980 or 085 8568865 for collection,” Ms Bonfield said.

Simon Week will continue throughout the Mid West region until October 5. There will also be a coffee morning in the Simon Community Shop in Ennis on Wednesday next, October 1.