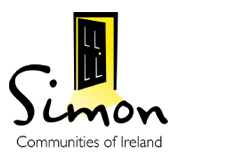 THE Simon Community-run food bank in Kilrush has been inundated with requests for food and household items for West Clare families since it opened three weeks ago.

The food bank is the first of its kind opened in the town and Mid-West Simon Community manager, Jackie Bonfield says the resource has been flooded with requests for aid.

“We have 49 families registered and three single people registered in Kilrush to collect food from us every week. It’s a huge number. If you take an average of three children per family, you are talking about 200 people. It’s not just Kilrush town. We are getting people from across West Clare. Every day we are seeing new faces,” Ms Bonfield said.
She has found that those using the food bank are from a cross-spectrum of people.

“Some people are in social housing and we’re also meeting people who are in private rented accommodation, some getting rent supplement but some of whom are not eligible. They may have just been recently unemployed. We are also working with some people who have their own homes and are paying a mortgage but they have lost their job. Trying to keep the roof over your head is very hard because the banks won’t come and say ‘sure you can pay us half this week because we know you’ve got no money coming in’,” Ms Bonfield added.

She stressed that every request or visit to the community centre is dealt with privately.

“We were inundated at the start and we continue to be inundated but the people now understand the system better.“We deal with one person at a time, so their respect and dignity isn’t interfered with and other people can’t hear what’s being said or what they are asking for. They could have special requests, like bedding or sleeping bags for example. A lot of people are telling us that the places they are renting or living in wouldn’t necessarily be the warmest. So they are looking for some support around household items, such as pillows, sleeping bags and quilts,” she said.

The food bank will remain open into 2015.

“We will continue into the new year and as long as needs be. If the need goes down, which is our goal, what we may do is cut back some of the days. We wouldn’t just close. Unfortunately, there are always going to be some people who need a bit of support. We’re also registering with the HSE. We’re working with Cater Care in Limerick, who have come on board. They are doing it free for us. They are helping us to set up our hygiene systems in Kilrush, Ennis and Limerick. Because we will be registered that means that if any business wants to donate food to us, they don’t have to worry that they are giving it to a non-registered food bank. We will be registered from Monday,” Ms Bonfield confirmed.

She said those running the food bank are currently compiling data on those utilising it.

“That gives us an understanding of what food is needed because there is obviously a difference in the dietary needs of a three-year-old and a 13-year-old. That will help us to be in a position to better service their needs and also to look for further funding.”

Mid-West Simon receive much of their food stuffs from Tesco but also take donations. She said they accept non-perishable food and household items.

“We collect the food from Tesco when they are about to close on Christmas Eve. Hopefully, we’ll have some stuff that people normally wouldn’t be able to afford and it might just bring them something extra for Christmas Day. I’m surprised at how quickly it has taken off. What I am delighted about is the fact that people who need help are willing to ask for it. Our biggest concern was that, in a rural area, people might have said ‘I’m not going to ask. I’d prefer to do without than go to a food bank.’ But I think people understand that the Simon Community do not judge. We just say ‘if you need a hand, come and take a hand’ because anybody, at any time in their life, could need that and there is no shame in it,” Ms Bonfield concluded. 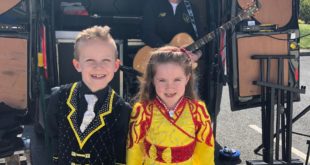