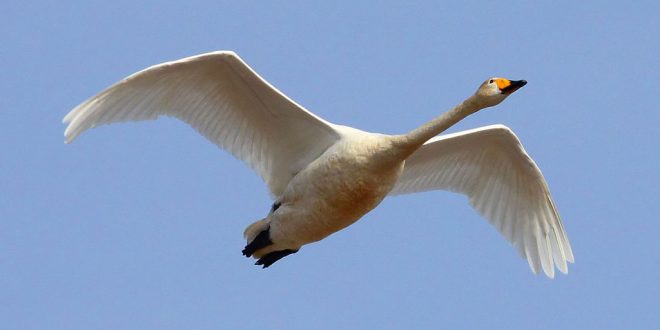 The whooper swan is one of the residentsa of the Shannon Estuary.

A year-long bird population and habitat survey will be carried out along the Shannon Estuary, taking in 1,220 hectares of land.

The study is being undertaken by environmental consultants McCarthy Keville O’Sullivan, on behalf of the Shannon Estuary Strategic Infrastructure Framework Plan (SIFP) Steering Group, comprising stakeholders engaged in the development and management of Ireland’s largest and deepest estuary.

The sites include Moneypoint (280ha) and Innismurry/Cahericon (65ha) in Clare; Askeaton (98ha), Foynes Island (40ha) and Foynes Port and adjoining lands (186ha) in Limerick and Tarbert-Ballylongford landbank (550ha) in Kerry.

The proposed bird usage survey area stretches from Limerick City to where the Shannon Estuary meets the Atlantic Ocean in West Clare and North Kerry. The survey will begin in May and is being carried out in accordance with the EU Birds Directive.

A study of the habitats of the birds of the Shannon Estuary has begun.