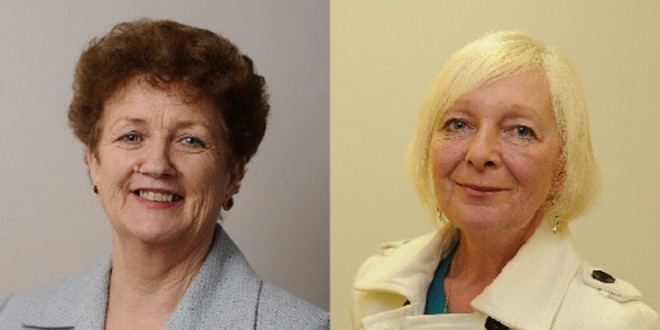 HARSH words and some insults were traded at Tuesday night’s meeting of the town council, as the emotive issue of high commercial rates for businesses was aired yet again.

Independent Cathy McCafferty put forward a motion calling on the county council to rescind fees charged at recycling centres, significantly reduce commercial rates and calling on the Minister for either Finance or the Environment to clarify which specific local services the local property tax is supporting.

However, her own voting record was queried by Councillor Patricia McCarthy, who noted that the Derry native had backed increasing the town charge for Shannon from what was originally proposed in the draft budget for 2014.

Councillor McCafferty was one of a majority of councillors who last month voted to reduce the town charge from 2.11 to 2.06. However, the original proposal from the council executive had been to cut it to 1.90, before a majority of the members opted to up it, to provide more funds for the local St Patrick’s Day parade.

Councillor McCarthy had voted against the budget, favouring the full cut in rates and after hearing some of Councillor McAfferty’s statements on Tuesday night, she accused her of hypocrisy.

Councillor McCafferty introduced her motion the night before Clare County Council was supposed to introduce its budget and three of the town council members, Councillors McCarthy, Sean McLoughlin and Gerry Flynn also sit on the county council.

Introducing her motion, Councillor McCafferty said the Local Property Tax was introduced, ostensibly, to provide a source of funds for local authorities. She also said people will be paying for things like recycling through the tax and said the local authority should do “the honourable thing” by cutting charges on using the centres.

She also pointed out that businesses in Limerick City are getting significant rates cuts and said if the councillors are serious about creating employment opportunities, they would vote for a rates reduction the following day.

Later on, when it came to Councillor McCarthy’s turn to speak, she indicated that the rates reduction for Limerick is related to the size of the Local Government Grant received, which made it possible, while she also mentioned that Minister for Finance Michael Noonan is a Limerick man.

She then turned her sights on Councillor McCafferty, saying there was “an element of hypocrisy about the motion”.

In relation to the town rate for Shannon being set at 2.06, Councillor McCarthy said this was to provide funding for a committee, which runs the St Patrick’s Day parade, that is already well funded.

“That kind of hypocrisy sickens me,” the long-serving representative added.

Later in the meeting, Councillor McCafferty issued her own retort, claiming her opponent votes on matters solely to oppose what she is for.

“I don’t hold grudges; she does,” she added.

Councillor Flynn also defended the decision taken on the town rate, saying it would raise €2,000 for the St Patrick’s Day parade, the committee of which he claimed is affiliated to the town council.

Earlier in the debate, Councillor Flynn had said that having read the county council’s draft budget from cover to cover, he wasn’t going to “hold my breath waiting for any reduction” in rates.

He described the introduction of a property tax as a ‘con job’ and said rather than providing services for homeowners it will go to Irish Water, who will put down water meters “to extract more money from the hard-pressed citizen out there”.