A GARDA with strong County Clare family ties has been awarded the prestigious Scott Medal for Bravery, for facing down an armed robber.

Garda Michael Bolton, a grandson of the late Teresa and Michael Bolton and the son of the late Michael Bolton from Scariff, was honoured for foiling an armed robbery in Portmarnock, Dublin on November 16, 2012.
When he responded to a credit union robbery on a bicycle, the garda encountered two suspects, one of whom pointed a gun at him. The suspect fired a shot at Garda Bolton and he was subsequently forced to dive behind a parked car for cover.
The armed raider later approached Garda Bolton a second time, in an effort to frighten him away.
Because of the persistence and courage of the Malahide-based garda, the culprits were later apprehended by support units and brought before the courts.
The citation for the award stipulated that the Scott Medal was being awarded for “exceptional courage and bravery, involving risk to life in the execution of duty”.
Garda Bolton was honoured, along with two colleagues, at the Garda College in Templemore recently, when 77 new officers had their passing out parade.
Garda Representative Association president, John Parker, paid tribute to the dedication shown by Garda Bolton. “This officer acted in a manner that I think the public would rightly view as being above and beyond the call of duty,” he noted.
Garda Bolton was also congratulated by Taoiseach Enda Kenny, the Minister for Justice and the Garda Commissioner.
Prior to joining An Garda Síochána, Michael worked with the Revenue Commissioners in Limerick and with Revenue Customs and Excise at Rosslare Harbour. 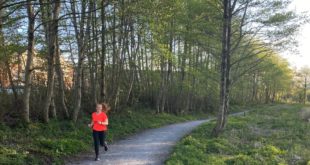