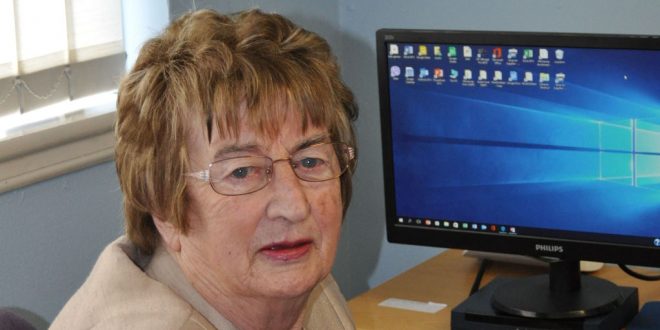 YEARS of active involvement in the Gort community means Sadie McInerney is not quite ready to give up her work in raising money for charitable causes.

The 83-year-old Loughrea native, who has lived in Gort since 1957, is now collecting glasses for use in developing countries. The spectacles are sent to England for upgrading, before being dispatched to their final destination.

Ms McInerney is appealing to anyone who has good quality glasses they no longer need, to send them to McInerney Auctioneers on Church Street in the town.

Sadie’s life-long work in the local community was rewarded recently when she was one of 16 people shortlisted in Galway County Council’s Cathoirleach Community Award for Volunteer of the Year. With a bus full of local supporters cheering her on, Sadie said she thoroughly enjoyed the function.
The citation for her nomination stated: “Sadie McInerney’s lifetime of service to the community has made Gort and its surrounding area a better place to live for many people.

“The organisations, which are in existence in Gort today, such as the Lions Club, Gort Golf Club and Gort Cancer Support Centre were moulded in different ways by Sadie’s involvement.

“The benefits which people have derived from these groups can be directly attributed to the many years of volunteerism by people like Sadie.”

She also loves undertaking charity walks for the Irish Guide Dogs’ Association, while her community endeavour in the local credit union and cancer support centre over the last 50 years has inspired others to follow in her footsteps.

In the words of Gort Cancer Support chairperson, Carmel Kerins, “When Sadie McInerney asks you to do something, you do it because she volunteered so much herself over the years”.

The nurse and midwife helped to set up McInerney Auctioneers in 1959 with her late husband, Joe. Over the decades they built up a thriving business, which is run today by their son, Austin.

In addition to raising six children, she also worked as a rate collector until the abolition of commercial rates. The McInerney home and office were on the same premises, which ensured that it was always a hive of activity six days a week. In fact, Sundays were not very quiet either, as someone would often drop in to get information and do some business, even if the office was officially supposed to be closed.

“You never got away,” Sadie recalled of the family auctioneering business.

“Gort has grown a lot over the years and is doing very well. It has good business people and always had volunteers in various clubs and organisations.”

Having spent most of her life  as a fundraiser for numerous community, sporting and charitable organisations, she cherishes the vital role played by volunteers in the town and surrounding areas.
She noted that while it might hace been easier to get volunteers 30 years ago, as all the work in community and sporting organisations was voluntary, she noted volunteers are still in plentiful supply in the locality.

Gort Credit Union was formed in July 1965 but as funds and a premises were in short supply, the weekly meetings were held in McInerney Auctioneers’ office.

Although not an official member, Sadie would clear out their office and set up facilities for the Sunday morning meetings, as well as providing tea and refreshments.

Her daughter, Anne,  is now the credit union manager.

Some years later, Sadie became a member of Gort Golf Club and regularly organised the annual Joe McInerney Tournament. She also served as club secretary or treasurer over a 27-year period.
“It was all volunteers in Gort Golf Club one time. Men and women used to cut the greens. I think things were more sociable that time. Nobody got paid for anything back then but times have changed now and, with a big club, people have to get paid to do certain jobs.

“Gort Golf Club has now moved to an 18-hole course. We used to have two nine-hole courses. The one on the Galway Road needed a lot of work because it used to flood in the winter time. We also had another nine-hole course out the Tubber Road, which the GAA club now has.

“The late Christy O’Connor Junior designed the current 18-hole golf course, which is a beautiful course.  This was a massive achievement for the club,” she said.
During her stewardship as millennium captain, Gort Golf Club enjoyed great success in beating Clontarf in Wicklow in the foursomes
Her grandchildren, Hannah, who has a handicap of eight and Jack are both very promising young golfers.

In 1995, she joined Gort Lions Club and was an active member until 2015. She was a dedicated fundraiser, spearheading many events like the annual breakfast morning and other functions.
Their most successful project was a race day at the Galway Races, which raised a net profit of €63,000 and paid for the establishment of the local town hall.

In 2007, Sadie was one of the co-founders of Gort Cancer Support and continues to serve as director and committee member.

“I met a lady in Athenry who was extremely ill at the time; she is still alive. She asked me if we had a cancer support group in Gort and I told her I didn’t know what she was talking about.

“She invited us to the Athenry Cancer Support Group and we went a few times. Anne Quinn of Quinn’s Pharmacy, another founder member of Gort Cancer Support, also asked us if we would go to the centre in Tuam. We saw how it all worked and that is how it started in Gort,” she said.

Her enthusiasm for this project helped secure a substantial donation from a family friend, Pat Collins and his wife, Jean, which was instrumental in the purchase of the premises. 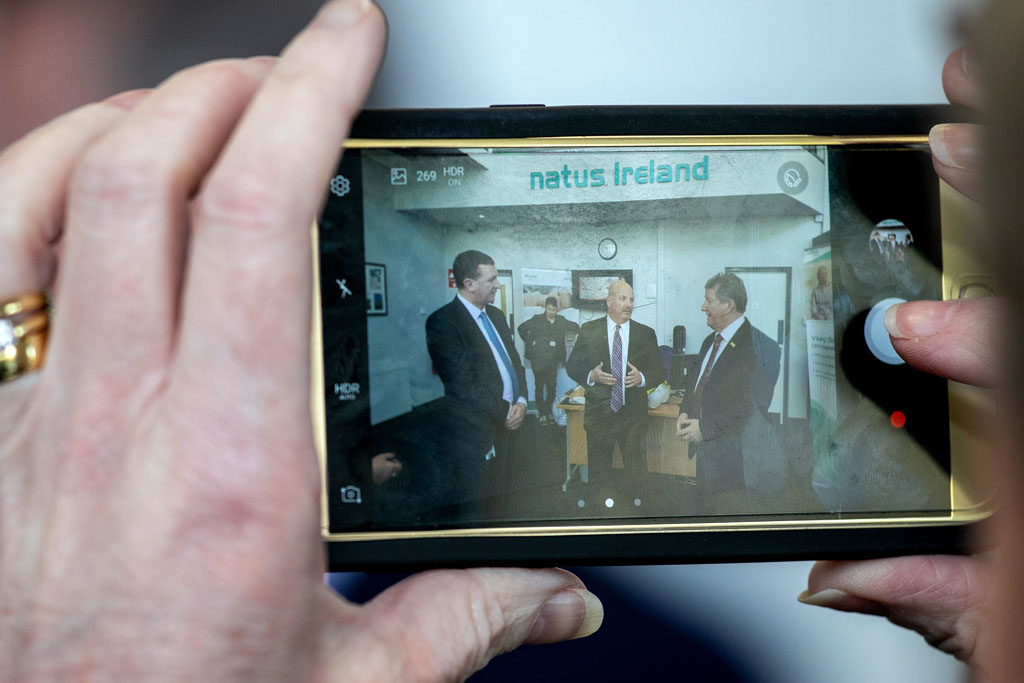