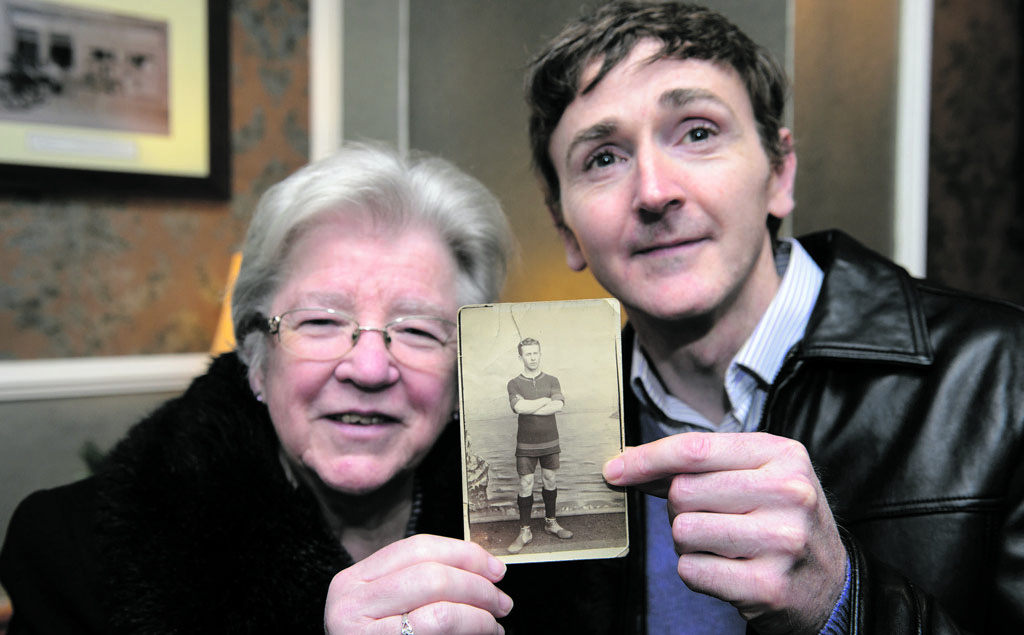 Almost 100 years to the day of Clare’s only All-Ireland senior football final appearance, the names of the players and mentors who were part of the panel, the clubs they represented, the results of each round, the venues where they played and the dates on which the games took place have all been recorded on a poster, framed and put on display at Clare GAA headquarters at Clareabbey.

The framed document was handed over to Clare GAA during the senior footballers’ medal presentation ceremony at Tubridy’s in Doonbeg last Saturday night, in the presence of a number of relatives of those involved in 1917.

Kilkee native JT Larkin and his brother, Michael, who played senior football with the county for a number of years, were instrumental in bringing this project to fruition.
“Michael is a newsagent in Miltown and various people coming in to his shop this year raised the topic and asked if some commemoration was to take place. Michael mentioned it to me and I decided to do a bit of research,” JT told The Clare Champion this week.

“I contacted the chairmen of the clubs from which the players came from and asked if they would support having the players remembered in this the centenary year and they all agreed. I then contacted Clare GAA chairman, Joe Cooney, who was most supportive. The idea was to ensure that these players would be remembered.”

Apart from his keen interest in football and the fortunes of Clare, JT had other reasons for wanting to see this project brought to fruition. “I knew Jim Foran since I was a kid, as he lived near us in Kilkee. We all knew he was an All-Ireland footballer. Another member of that team, Long Jim Lucey, was my mother’s uncle and I was determined that they wouldn’t be forgotton,” he added.

Clare lost to Wexford in the 1917 All-Ireland Football Final.
Previous Blueprint for Safety against domestic violence
Next High Fashion at Ennistymon Fair