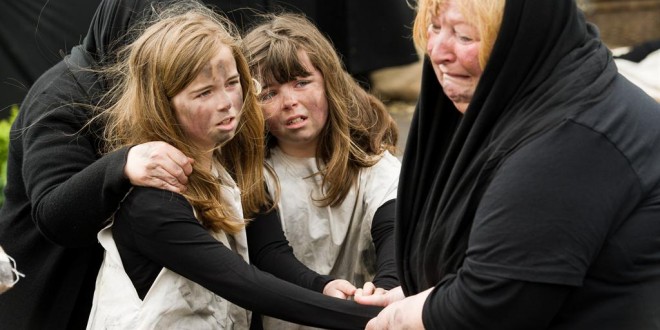 A COMMUNITY heritage group in South Galway will host a table quiz in Gort next week to raise funds and awareness for its work.

The Sliabh Aughty Famine Working Group is in the process of researching and documenting the Famine heritage of the region.

The group was initially established to host the 2014 national Famine Commemoration  but Galway was unsuccessful in its bid. Nevertheless, the group decided to continue work on projects about the Famine in South East Galway, by researching Famine history especially pertaining to the Sliabh Aughty area

“The group was developed under the umbrella of Slogadh Aughty. The group comprises different individuals from communities around the Sliabh Aughty Mountains that have a community or heritage interest in the area,” explained Dr Christy Cunniffe, Galway County Council Field Monument Advisor and group member.

“The group comprises of people with very different interests. My main area of interest is the archaeology or the features in the landscape that tell us about the Famine, be it potato ridges or clachans or rundales. I am looking at the physical characteristics. Then there are other people whose main interest is in the memories or the sounds of the Famine in the landscape: the oral history of the Famine. So what we are trying to do is map the legacy of the Famine in the Sliabh Aughty regions,” he added.

According to Dr Cunniffe, a wealth of information is coming from members of the local community.

“We are finding that there is quite a strong memory of the Famine. The farmers and the people native to the Sliabh Aughties really know the place. They are the people who are preserving the memories. They are able to point out the féar gorta, the Famine roads and that sort of thing,” he said.

While the group is attempting to raise money to cover day-to-day costs through the table quiz, it is also hoping to raise its profile locally and boost its membership. The group is eager to involve as many people as possible in their project.

“I have been working on a community archaeology project in the Kilchreest and Castledaly area, working with the community there and we have discovered that all of the old pre-Famine farming landscape survives in the uplands. We are out there physically mapping that at the moment. The land owners are assisting us with this. We have been very successful in Derryoober and Kilnagappagh areas in particular,” he claimed.

“We are getting great support from people. We hope to extend this and are seeking the assistance of the local communities in identifying all aspects of the Famine before it is lost,” Dr Cunniffe added.

“We intend to have a series of lectures with various experts coming to speak about different aspects of the great Famine. We will have people speak about the Famine itself, about farming before the Famine, about marriage trends before and after the Famine. We will be looking at the social envelop of that whole period,” he concluded.

The Sliabh Aughty Famine Working Group meets on the last Thursday of each month in the Lady Gregory Hotel with the next meeting on February 27 at 8pm.

Farmers in a flap over ‘worthless’ land