Home » Arts & Culture » A night of high drama for ICA 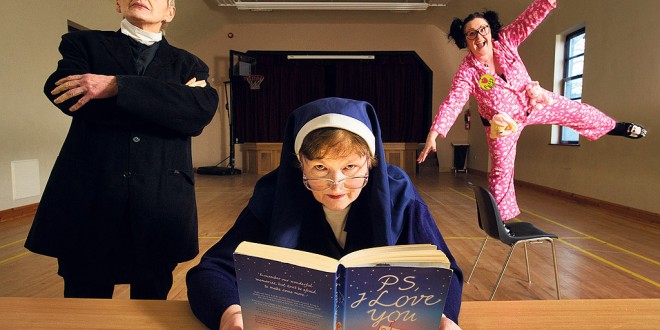 A night of high drama for ICA

CLOONEY-Quin guild of the ICA is inviting the local community to their night of drama at Quin Community Hall on Friday next.

Now in its 34th year, the guild will present On the Couch, which is a new departure for the group, as they expand their annual drama night. The production now involves a split stage, which will facilitate the staging of two one-act comedies, an interview segment, music, song and storytelling.

The two plays are the work of local woman, Anita O’Loughlin, who has been writing short comedies for Clooney-Quin ICA, and Spancilhill Drama Group for many years.

“Both are short comedy acts. The first one, The Time of The Month, is about winter and specifically the three months in winter, November, December and January, and there is a sketch about each month, which are extremely comical. It starts with the holy souls in November, then it goes to the office Christmas party of Love Bites Limited and then goes to the January bulge, which is all about jumping off the January bumps and lumps,” Anita explained.

Her plays are each based around specific themes, which were devised by the ICA for their annual All-Ireland drama competition.

“They give us a theme every year to write a script around and this year was about the seasons, so I chose winter. The second piece is called 50 Ways to Say Yes. This play was again derived from an ICA competition and the theme had to be along the lines of the ICA Bootcamp series on television. I did a different take on it. What I did was on a pre-marriage course given by the ICA, bootcamp style,” she said.

This one-act play was very successful for Clooney-Quin ICA, as it was not only shortlisted for the national final, it came second and only lost out on the title by a hair’s breadth.

“This is our first time putting it on locally. It was entered as part of a national competition and we qualified for the All-Ireland, which took place in An Grianán, the headquarters of ICA in Drogheda, County Louth. We performed it there on June 23 last year. There were seven other plays along with our own and we came second, just one mark from the top prize. The adjudicator said the two acts were so close, he just had to make a decision on what was one and what was two and we came second,” Anita said.

The night is a drama night with a difference and Anita decided it would be a good idea to introduce the idea of two stages in the hall.

“One is a chat-show stage, where Nigel Bridge will interview three people from the community who have had enormous success in their lives. They are Mary McCarthy of Bumblebee Creations; Gabriella Hanrahan, Quin and Louise Carrig, Unislim leader, who has had huge success with weight loss,” she said.

The night will begin with a wine reception before going to an interview, which will then be followed by the first performance, Time of the Month. Nigel will then conduct another interview before storyteller Michael Glynn will go on stage. There will also be some music and some song ahead of the second play, 50 Ways to Say Yes.

The event is being held as a fundraising night for the local ICA guild but each year there is also a proportion of the funds that are donated to charity. This year the charity is St Vincent de Paul. 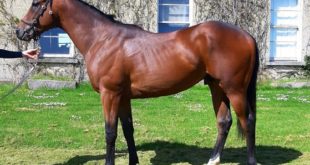