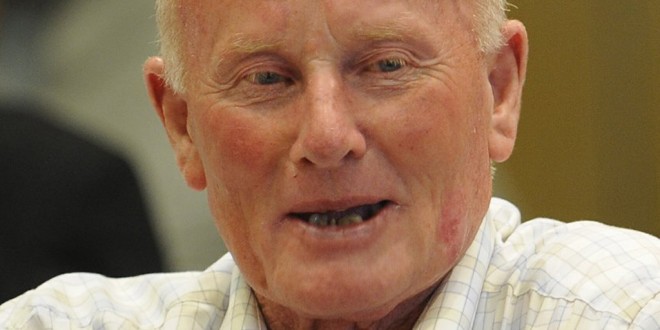 A PETITION yielding 596 signatures lobbying for the construction of a footbridge in Quin has led a local councillor to call on the council to abandon plans to provide pedestrian access on the existing bridge in favour of developing a footbridge.

Councillor Sonny Scanlan, who last week announced his intention to retire from local politics, said the last item he would like to secure for his community before he hangs up his boots is a footbridge. He explained that over the last two months, a petition calling for a footbridge to be constructed has been issued to locals and has secured 596 signatures.

Although a part eight planning application has already been granted for works on the existing bridge, Councillor Scanlan is calling for this to be scrapped.

According to the Quin councillor, works to improve pedestrian access on the existing bridge in the village will cost in excess of those to construct a pedestrian footbridge.

Councillor Scanlan has already brought the petition to the attention of senior executives at Clare County Council and said he will be meeting with officials again in the coming week in the hopes of progressing the matter further.

Responding to the issue, a spokesperson for the local authority said, “Clare County Council recognises that there is currently is no proper pedestrian facility across the bridge in Quin village. The council believes it is important that a solution is implemented to redress this issue as soon as possible.”

Previous Didi to develop super food project in Haiti
Next 3,000 tonnes of rock salt on standby for winter