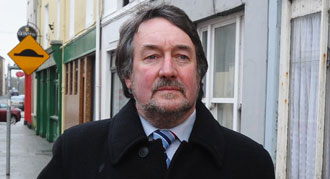 CITING “family considerations” for his decision not to contest the forthcoming county council election, current Kilrush Town councillor, Tom Prendeville  is to retire from public office at the end of May, after almost 30 years in local politics.

The Fianna Fáil councillor’s rejection at local convention, and subsequently not being added to the party ticket, had heightened speculation that he would enter the field as an Independent candidate. However, he is insistent that his own personal preference would have been to stand for re-election but that “I had to bow, however reluctantly, to family matters.”

A poll-topper in his first election to Kilrush Urban Council in 1985, he was elected to Clare County Council in 1991 and held his seat until 2009. In his dual urban and county mandate, he wore the town mayoral chain of office for three terms.

Councillor Prendeville is adamant that his greatest achievement in public life was the All Saints Shanakyle Cemetery Project. Begun in 1991, when burial space at Shanakyle was no longer available, a select group came together, chaired by Councillor Prendeville, together with Clem Ryan, the late Canon Peter Ryan, George Harratt and Aiden Cahill. Now 23 years on, All Saints is about to enter a second phase of development.

“It has been a great honour to represent the communities in Kilrush and West Clare since 1985,” Councillor Prendeville commented.

Many things have happened in the intervening period, such as the commissioning of the Moneypoint electricity generating station in 1987, the construction of which cushioned the entire peninsula from the economic recession that ravaged the rest of Ireland.

“Other initiatives that came to fruition during this time include the donation by Kilrush Urban Council of the plot of land at Cappa to the RNLI, the restoration of the Vandeleur Walled Garden, the Cappa to the Rock footpath and public lighting scheme, the Slí na Sláinte route and the handing over of the Church of Ireland building to Comhaltas Ceoltóirí Éireann for use as a Teach Ceoil.

The new modern library facility in Kilrush was also opened during that time,” Councillor Prendeville added.

On a broader note, Councillor Prendeville claims. “The traditional public representative has been supplanted by the career politician, who seizes every opportunity to climb the political ladder by strict compliance and slavish obedience to the party whip.”

He is also completely opposed to the abolition of town councils.

“That is a madcap idea to deprive citizens of their basic democratic rights,” he claims.

“Our final town council meeting at the Kilrush Courthouse on Thursday, May 8 at 7pm will be one of public recognition and gratitude to the generations of elected members, officials and staff who served our town so well since 1885. I urge the townspeople to come out in force and show their appreciation to all those who gave a magnificent 129 years of public service to the native place,” he said.