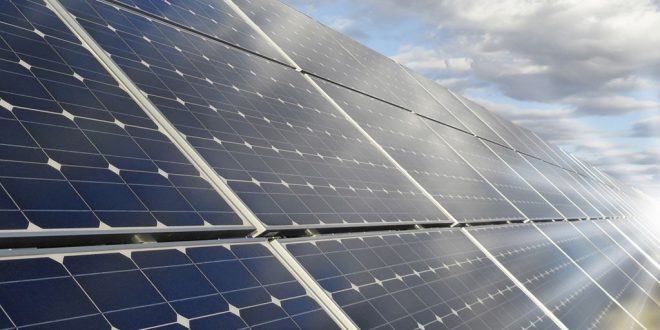 Clare could become the first county in Ireland to generate electricity from solar energy following the granting of planning permission to Terra Solar to develop and operate the company’s second solar farm in Firgrove, Sixmilebridge.

Construction on the Terra project is expected to commence mid next year, creating 60 jobs during the 12 week build. The Irish company also received planning permission earlier this year for another solar farm located in Ballymorris near Cratloe.

Both solar farms are similar in size and between them will generate enough electricity from the sun to power nearly 2,500 homes in the county. Solar power is regarded as one of the cleanest sources of energy and has minimal impact on the environment as it does not emit pollution during production or consumption. The farms will remove nearly 3,600 tonnes of carbon emissions from the atmosphere, helping Clare County Council in its work towards meeting the national target of generating 40% of energy used from renewable sources by 2020 and in reducing carbon emissions.

Andre Fernon, director, Terra Sola, said, “We are delighted to have secured planning permission for the solar farm at Firgrove which will generate 5.6 megawatts of electricity – enough to power 1,200 homes. Clare County Council has a very clear vision and the county could become a leader nationally in meeting the challenges of climate change through renewable energy. We believe that solar energy has a big role to play in this regard and we hope to develop up to 8 solar farms in Clare over the next 24 months”.

Firgrove Solar Farm has been carefully designed to minimise the impact on flora and fauna. No noise is generated by solar panels and because they will be a maximum of 2.8 metres (approx. 9 ft) high, they will be rarely visible above the existing hedgerows and trees on the site. The land will remain in agricultural use, even when the solar panels are installed. The solar panels installed at Firgrove will be fixed in position on ground mounted frames. This means there is minimal ground disturbance during construction and sheep will be able to continue to graze on the land once the solar farm becomes operational.

Terra Solar has over 35 solar farm development sites across Ireland including Clare, Kerry, Limerick, Wexford, Waterford, Tipperary and Galway. ESB has invested €2.5 million to take a minority shareholding in the company to accelerate the development of solar energy generation in Ireland. Terra Solar and ESB have the potential to deliver over 260 megawatts of electricity generation capacity from solar energy, which would power over 50,000 homes every year.

The Terra solar farm project is expected to commence mid next year, creating 60 jobs during the 12 week build.
Previous Collins must remain in charge
Next Helping east Africa food appeal